Hard to argue with this...

It's Always Sunny in Philadelphia is one of the most controversial shows on television.

It does not shy away from sensitive topics, and they normally deal with them in the most horribly offensive ways imaginable. 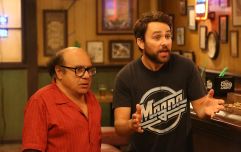 END_OF_DOCUMENT_TOKEN_TO_BE_REPLACED

But there is one episode that perhaps the most horrible member of the gang thought was too far...

Immediately about 19 episodes spring to mind, but when you find out which one it is, it's not too surprising.

The episode in question is titled "Sweet Dee's Dating a Retarded Person".

In an interview with GQ, Glen Howerton who plays Dennis Reynolds, describes the episode as "terrible".

He went on to say that the episode was: "One of the few regrets I have. I would change that title now. I do find that title offensive, personally. At the time I don’t even know what I was thinking.”

In the episode, Sweet Dee starts dating a successful rapper, but the gang can't decide where he's a genius or he has an intellectual disability. 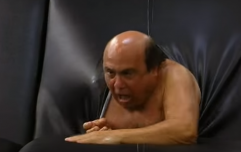 END_OF_DOCUMENT_TOKEN_TO_BE_REPLACED

In a separate interview a number of weeks ago, the gang also discussed more of their regrets, and discussed how they planned on rectifying the situation in future episodes.

All we know is we can't wait for Season 13 to come out.

Only a few more weeks to go!