You can call it The Foreigner all you want, but this will forever be known as the Jackie Chan VS The IRA movie.

Last week we brought the trailer for the Jackie Chan VS The IRA movie to your attention, but we needed this amount of time to let the dust settle on our brains.

In case you didn't see it already, here's the trailer:

END_OF_DOCUMENT_TOKEN_TO_BE_REPLACED

That trailer deserves some kind of award for Most People Talking That We Don't Actually See Talking On Screen.

It truly defies logic or understanding, but we're going to give it a go nonetheless:

00.08: Jackie Chan gets out of the car, because he has a sixth sense for explosions... 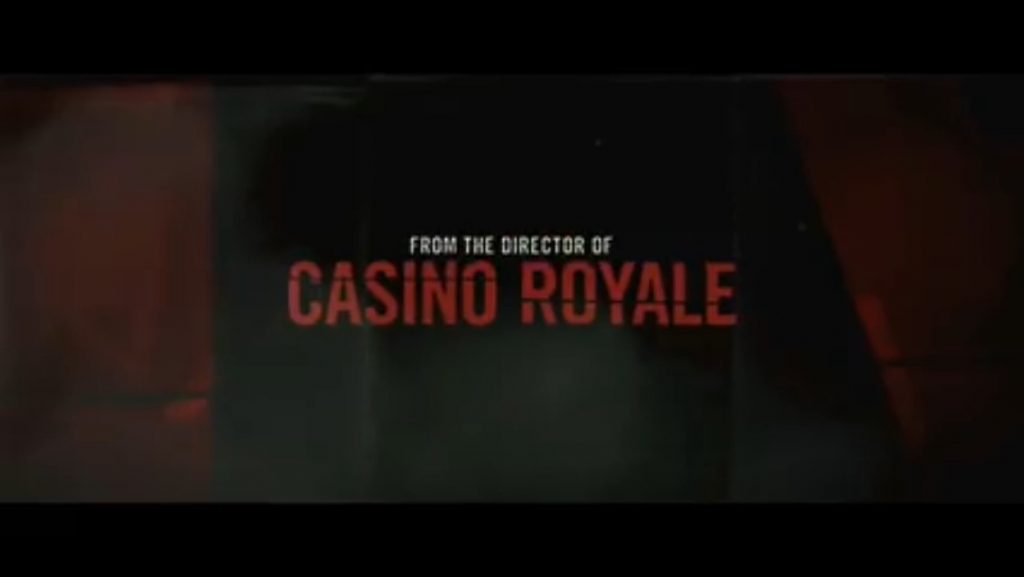 END_OF_DOCUMENT_TOKEN_TO_BE_REPLACED

00.20: "Twenty thousand pounds, for the names of the bombers" we hear Jackie Chan say. Do we see him say it? Kind of. Some of it. But the police-man informs him that isn't how they do things here in the UK, indicating that is how they do things elsewhere. Like wherever he assumes Jackie Chan is from. Asia? Asia town, Asia.

00.25: "Hello" says Pierce Brosnan, who is definitely not playing Gerry Adams. Do we see him say it? Not really, no.

00.34: Okay... there's a lot happening all at once here, and we only see some of the people saying some of the stuff. The editor keeps cutting to the image of people finishing sentences, but they could be saying literally anything. But Gerry Brosnan tells Jackie that he's a politician, not a terrorist. Jackie tells him that he used to be a terrorist. Does anyone not fully aware of the IRA see this trailer and just think "Wait, they let a known terrorist be a politician? In London town, London? Is that, just, accepted??"

00.45: Jackie Chan blows up Pierce Adams' toilet, because we all know the best way to strike fear into someone's heart is to de-throne them. Heh.

00.53: "It's him." "You will tell me the names of the bombers." We don't see anyone say any of these lines. But it is clear that Jackie is on some pretty heavy doses of Night Nurse, because he constantly looks like he's on the verge of collapsing into a long, deep sleep. 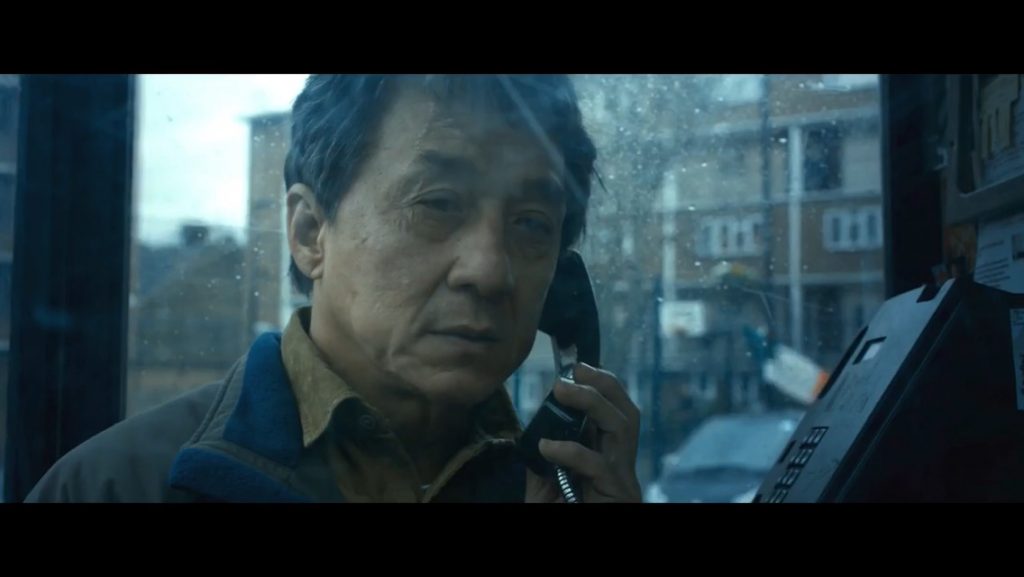 00.56: We hear a rock song beginning to play over the trailer. "If they kill me on Tuesday / bury me on Wednesday..." This is already the worst song I've ever heard.

01.03: "Stop, it's wired to blow!" says someone, to someone else, neither of which are Perry Brosdams. But then Game Of Thrones guy tells him "He just wants you to know he can get to you", despite the fact that he didn't, in fact, get to or anywhere near him in that scene. But we do see everyone actually say their lines in this bit, so that's good.

01.09: "He thinks I know who blew up his daughter!" shouts Perry Brosdams, to his wife (?), who responds with a "Do you?" Do we see her say it? We definitely see her mouth move, but she also definitely didn't say "Do you?". Perry knows this too, and he looks mad at his wife (??) for not syncing up with her own mouth.

01.20: Action, action, action. Someone stumbles over a trip-wire, but instead of the usual land-mine, it is actually just a trip-wire, and makes them fall over. But then Jackie covers them with a leaf-duvet, so they don't get cold in the woods.

01.25: Jackie takes a photo of Perry kissing someone who isn't his wife (probably because of those syncing issues, that would be such a turn-off, to be fair), but Jackie, who we've found out was probably some kind of highly trained military killer, does it by standing in the door of a busy restaurant, in plain sight, in broad daylight, without even attempting to hide, and we even hear the camera app on his phone clicking away. Amazing. 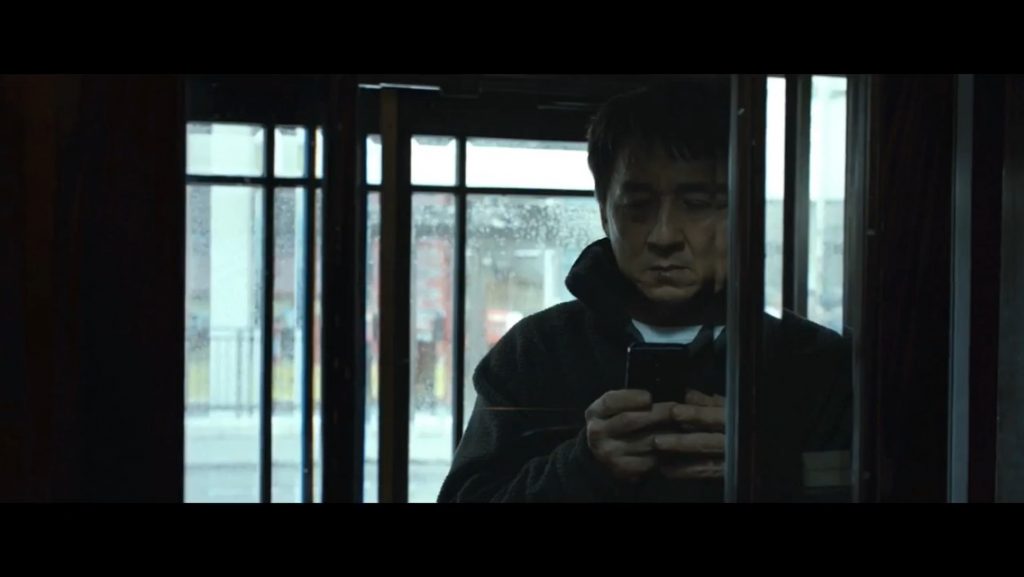 01.40: There's a lot of Jackie kicking people, but here he has gone into someone's apartment with a bag of guns, which they only check once he's inside, and then he kicks everyone in the chest, and takes out his big silenced rifle, and fails to shoot anyone with it before it gets shot out of his hands. Amazing.

01.50: "You have no idea who you're dealing with" says Perry Brosdams. He clearly does, though, Perry. He was at your office, knew you used to be a terrorist (?!?!) and knows where you live and kicked most of your men in the chest and took a fully-lit day-time make-out photo-shoot of you. But do we see him say this line? 90% no, we do kinda see him say "with" right at the end. 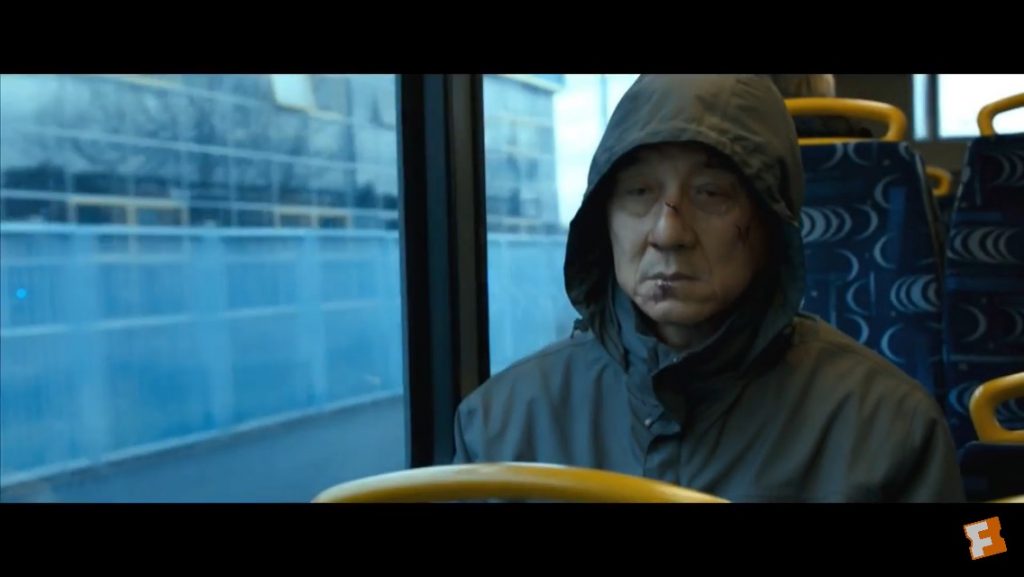 So there you have it. Jackie Chan VS The IRA will arrive in cinemas on October 13. How many IFTAs do you reckon it'll win?

Previously I have focused my attention on inexplicably terrible Bruce Willis movie trailers, like this one, or this one, but I couldn't let Jackie Chan VS The IRA go by without giving it the attention it so richly deserves.

popular
A terrific crime thriller is among the movies on TV tonight
Daniel Craig's best pre-James Bond film is among the movies on TV tonight
The JOE Movie Quiz: Week 131
One of Keanu Reeves' best movies has just been added to Netflix
QUIZ: Can you get full marks in this General Knowledge Quiz?
QUIZ: Do you reckon you can get 15/15 in this General Knowledge Quiz
The 50 most iconic songs of all time* have been revealed
You may also like
2 weeks ago
Cow escapes field, heads to resort and gets stuck on water slide
2 months ago
Drunk man reported missing ends up joining search party to find himself
3 months ago
Why improv comedy is the exact night out we all need right now
6 months ago
Adam Sandler reunites with IHOP hostess who turned him away
9 months ago
"I am not a cat" - Texas lawyer turns on kitten filter during court Zoom, and can't switch it off
4 days ago
A brilliant John Boyega performance is among the movies on TV tonight
Next Page