Seriously, Bruce, what is going on with you?

It wasn't that long ago that we were looking at a trailer for a new Bruce Willis movie called Once Upon A Time In Venice and we were pretty sure that it was the worst trailer we've ever seen.

Now, there's a trailer for another Bruce Willis movie called First Kill, and we're trying to work out if it is even worse.

END_OF_DOCUMENT_TOKEN_TO_BE_REPLACED

Despite the fact that Willis is co-starring with Hayden "You Blame Me For Killing Star Wars" Christensen, or a director whose previous work include such classics as Automaton Transfusion (?!), we still have to question Willis' method of choice here.

Is he just bored? Does he tax problems? Did he lose a bet? Whatever it is, we hope it ends soon, because we're not sure how much more of this we can deal with.

Before we get into our own trailer breakdown, take a look at it for yourself:

Here is our mental timeline of our thoughts as the trailer played out:

00.09 - Approximately fifteen thousand establishing shots of fields and trees to really hammer home the point that we're not in a city. Got it.

00.13 - Acting looks like it physically pains Hayden Christensen, who from this point on we will refer to as Anakin. 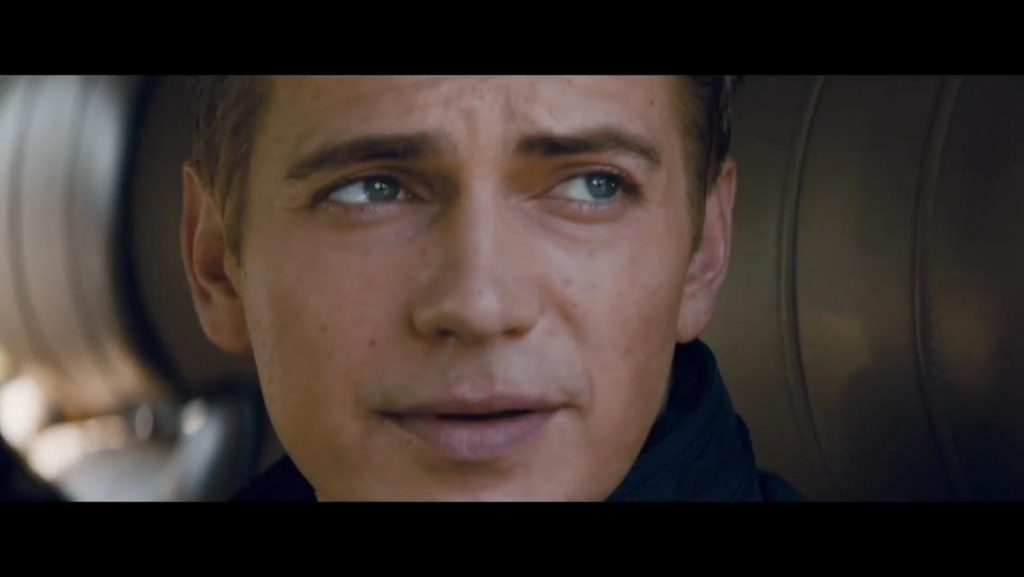 END_OF_DOCUMENT_TOKEN_TO_BE_REPLACED

00.19 - Bruce Willis tells Anakin that the town is having a little trouble at the bank. "Exercise caution." What? No, seriously... What?? Trouble at the bank? Like, are the ATMs broken? Is there a ghost in the vault? Do the tellers tell particularly racist jokes? Bruce's warning is so vague, it could mean literally anything.

00.28 - Apparently the budget only spread to a rain machine covering half the set here. 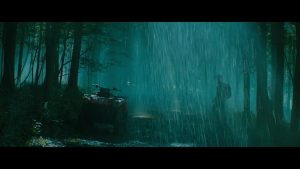 END_OF_DOCUMENT_TOKEN_TO_BE_REPLACED

00.44 - "Oh my god, what happened??!" - asks Anakin's wife, but in a tone less suited to her husband and son bringing in a body with a head-shot, and more suited to someone walking mucky boots across her just-mopped floors.

00.54 - In what must be hours, if not minutes, after having a bullet removed from his skull and having "lost a tonne of blood", Head-Wound Guy is up and about and kidnapping Anakin's son.

00.57 - Anakin: "Let go of my son right now." Head-Wound Guy: "Can't do that. I need that money." We're going to go back and rewatch the first minute of the trailer again to see if there has been any previous mention of money. (one minute later) Nope. Okay, carry on, I guess...

01.01 - Head-Wound Guy manages to put the kid in the back seat, run around the front of the truck, get in, start the engine and begin driving off before Anakin shows up again. #WorldsNumberOneDad 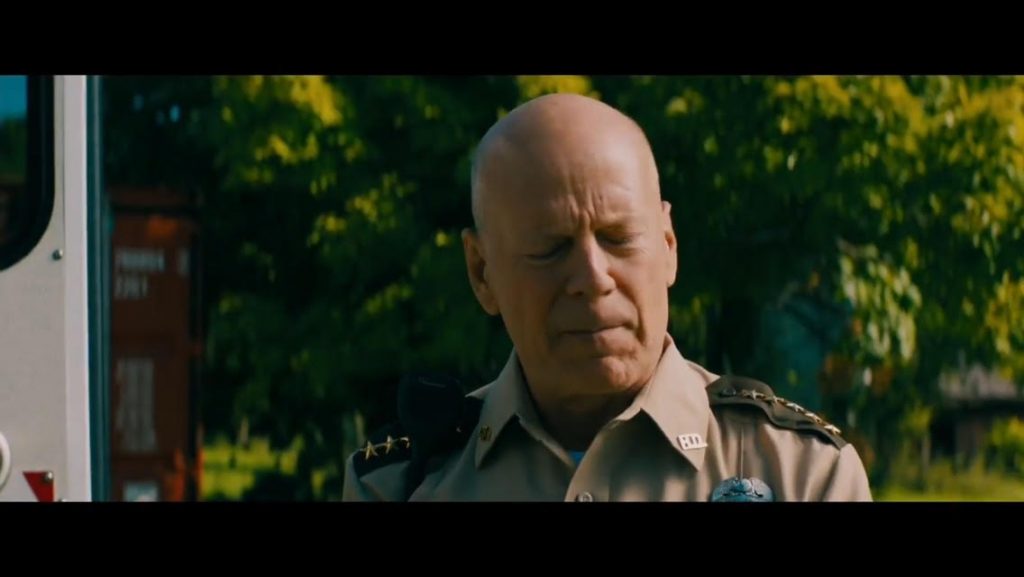 01.22 - Anakin: "I can get our son back, but we can't talk to the cops". This happens five seconds after Anakin told Bruce Willis and the rest of the cops what is happening.

01.33 - Anakin: "He insisted I not tell the cops, what was I supposed to do?" Bruce Willis: "Tell the cops!" Again, you were both literally JUST talking about this whole thing, like, ten seconds ago.

01.41 - Bruce Willis: "You ready to get your son?" Anakin responds with "Let's go", but in a tone less suited to a father caught up in a twisted plot involving his kidnapped son, and more suited to a guy who is being forced to go to his third least favourite restaurant.

01.49 - There are some action shots here, including a fist fight that sees a bad guy try to punch Anakin, but lands the punch in a position that might be correct if Anakin were eight and a half feet tall. 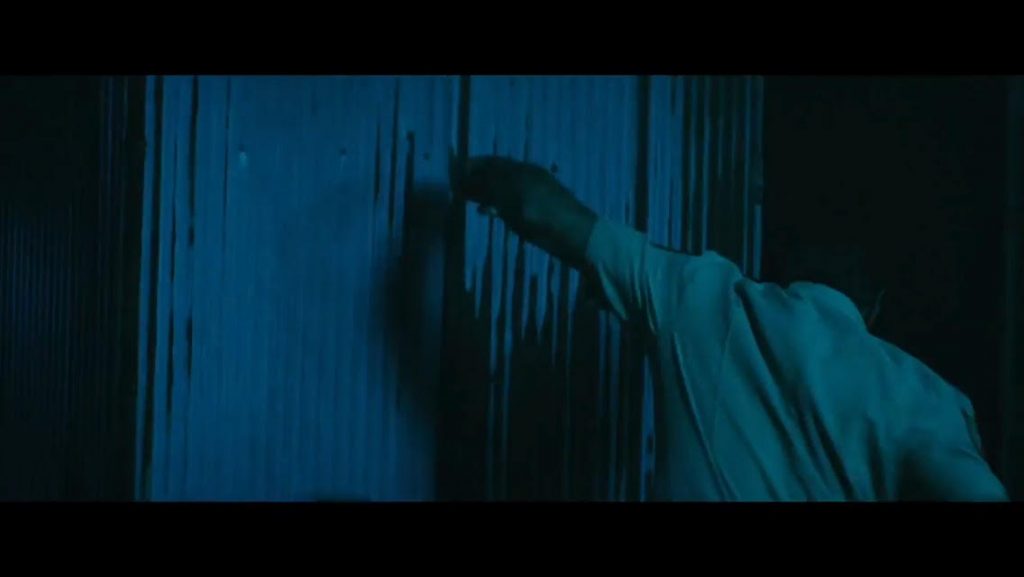 01.55 - STUFF IS HAPPENING! ARE YOU EXCITED? PEOPLE ARE AIMING GUNS AT EACH OTHER AND THEMSELVES AND WHO CAN EVEN TRUST ANYMORE YOU GUYS?!?!

02.08 - "There is no hunting, like the hunting, of a man." - Not sure who is saying that, but also not sure what it relates to. Anakin is hunting the guy who took his son, so we're not sure why he's running like he is the one being hunted. Not that it matters, because Anakin uses this moment to jump over a fallen tree with such force that he might just break the surly bonds of gravity. 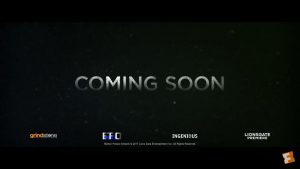 First Kill is due in American cinemas on 21 July (no word on an Irish or UK release just yet), the exact same day as Christopher Nolan's World War II epic Dunkirk.

Sorry Chris, looks like you're going to have to deal with your first box office flop...

popular
Amazon Prime Video has quietly added 10 big new movies to its library
One of the best Irish movies ever made has just been added to Netflix
The 50 most iconic songs of all time* have been revealed
House of Gucci has the best sex scene from a big Hollywood movie in years
8 great new additions to Amazon Prime Video in December
Clint Eastwood's final western is among the movies on TV tonight
Ryanair condemns new Covid test rules for arrivals in Ireland as "gobbledygook"
You may also like
1 week ago
Cow escapes field, heads to resort and gets stuck on water slide
2 months ago
Drunk man reported missing ends up joining search party to find himself
3 months ago
Why improv comedy is the exact night out we all need right now
6 months ago
Adam Sandler reunites with IHOP hostess who turned him away
9 months ago
"I am not a cat" - Texas lawyer turns on kitten filter during court Zoom, and can't switch it off
1 year ago
Ranking the 10 most passive-aggressive ways to end a text conversation
Next Page