After being sacked by Marvel, James Gunn now looks set to write Suicide Squad 2 for DC

If you've been keeping up to date with this story, we are sure you're aware that James Gunn was fired as the director of Guardians of the Galaxy: Volume 3.

Gunn was sacked following the uncovering of a number of vulgar tweets that he posted in jest. Some of the tweets were from as early as 2008. 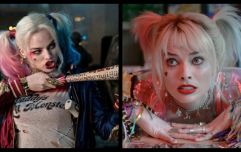 Is the plot of Birds Of Prey directly related to 2021's The Suicide Squad?

END_OF_DOCUMENT_TOKEN_TO_BE_REPLACED

Since then, there has been a number of theories suggesting that he may return to Guardians, and others suggesting he was done with it for good.

But as developments go, this most recent piece of news is a big one.

Gunn is currently in talks with DC to tackle the sequel to Suicide Squad.

According to Hollywood Reporter he has already agreed to write the script for the movie, with a potential deal that would include him directing it too.

It wouldn't be the first time that someone made the switch from Marvel to DC either...

Patty Jenkins left Marvel following creative differences regarding Thor 2, and went on to make Wonder Woman, and Josh Whedon did something similar when he took over Justice League.

The first Suicide Squad was fairly slated by critics, but it did gross nearly $750 million worldwide on a $175 million budget.

popular
Sinn Féin affordable housing bill passed as Government forgets to vote on its own counter-motion
TV reporter rescues stolen dog live on air while reporting on its theft
10 bad movies that actually got good reviews when they were released
Negative review of Shrek on its 20th anniversary sends Internet into meltdown
Aer Lingus to permanently close its base at Shannon airport
The 50 most iconic songs of all time* have been revealed
Cabinet approves 10% stamp duty for bulk purchases of ten houses or more
You may also like
2 years ago
DC's all-female superhero movie now has an official title that really needs to be seen to be believed
2 years ago
One of the stars of Guardians Of The Galaxy has offered to follow James Gunn over to Suicide Squad 2
4 years ago
Jared Leto wants a stand-alone movie for The Joker
4 years ago
WATCH: Suicide Squad's Cara Delevingne reveals she "would love to do a movie in Ireland"
4 years ago
EXCLUSIVE WATCH: Margot Robbie reveals the one thing about Irish men that makes her "go weak at the knees"
4 years ago
If Suicide Squad was full of kickass Irish stars, this is what it'd look like...
Next Page