With so many to choose from, this was harder than Pat Mustard on his milk round.

While the central characters who lived in Craggy Island parochial house are all comedy icons, the show also managed to stuff in countless superb characters, most of whom only appeared in one episode.

A recent discussion about a few here in the JOE office led us to argue over our favourites, so here, in no particular order, are the ones that fought their way to the top of the pile; some very tough calls had to be made along the way.

END_OF_DOCUMENT_TOKEN_TO_BE_REPLACED

A vision of Italian footballing excellence in priestly garb, Fr Romeo Sensini may have been the far side of 75, but he was still the man. As described in the show, he had 17 caps for the Vatican over 75s, only drank very, very fine wine, could climb two flights of stairs unassisted and he only needed one nun to get him out of a chair. In short, he was like Cristiano Ronaldo compared to the rest of the competitors in the "All-Priests five-a-side Over-75's Indoor Challenge Football Match".

Looking like Giovanni’s Trapattoni’s older brother, Sensini put Fr Dick Byrne’s side ahead via a very dodgy penalty before a bit of jiggery pokery involving an electronic wheelchair and some fake hands swung it back towards Father Ted's outfit. At least until the referee twigged something was up.

Escape from Victory is one of the greatest ever Fr Ted episodes and Fr Romeo Sensini is a brilliant creation, even though he never utters a word.

END_OF_DOCUMENT_TOKEN_TO_BE_REPLACED

While Father Ted may regard Father Austin Purcell as the “most boring priest in the world”, we think he’s one of the best once-off characters featured in the show.

We all know someone who just doesn’t know when to shut up and who could happily talk about their central heating and car insurance for hours on end without ever taking the hint that they’re boring the rest of us to death. Well, that person is Father Purcell and he had some very memorable scenes in the episode, Think Fast, Father Ted. 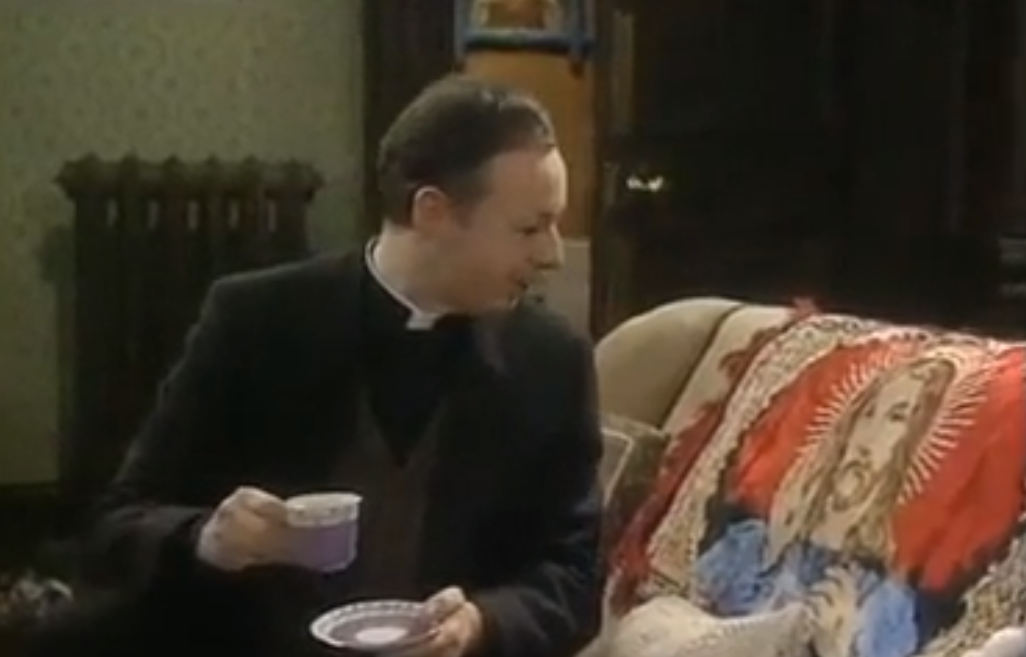 END_OF_DOCUMENT_TOKEN_TO_BE_REPLACED

His whiney voice and annoying subject topics made him universally hated on Craggy Island, but the single funniest scene featuring Father Austin (for us, at least) was when Dougal left him sitting alone on a couch and Father Austin turned to a rug that featured a picture of Jesus and said, “Ah, it’s yourself” as if he was genuinely going to start talking to the rug. Brilliant…

"It's only a bleedin whistle" is a phrase which has undoubtedly been uttered to referees at GAA matches and Sunday League football games around the world, not just here in Ireland, ever since those words first came from the mouth of Father Damo, who was Dougal's young priest friend in the Old Grey Whistle Theft episode. Undoubtedly a classic, this episode featured a few other brilliant lines, which also came from one of the best characters that the show has ever produced.

Damo was decent at football and it was nice to see Dougal making friends, but given that he thought he was too cool for school, we were always worried about his influence on Father McGuire. Still, someone had to take that fuppin' whistle off Benson, but perhaps his punishment of having no tea (despite the fact that he didn't want any tea) was a bit harsh. Anyway, enough about all that, tell us this, which one do you prefer: Oasis, or Blur?

“Milkmen do it on your doorstep.”

Ah, Pat Mustard, the oversexed and overly-hairy milk man from Speed 3, one of the iconic Irish show’s greatest ever episodes.

Perfectly portrayed by Pat Laffan – who sadly passed away earlier this year – Mustard was undoubtedly a man of many talents. Equipped with a maniacal laugh that put Dr. Evil to shame, Mustard was so gorgeous that the police wanted to put him under arrest and, from his super swagger to his big tool, there really was nothing that this hairy baby maker could not do.

Well, except successfully dispose of Fr Dougal with his poorly-executed, Speed-inspired villainous plot that is...

Mustard was such a brilliant one-off character that he even warranted his own theme music, complete with a jazz flute solo that fellow lothario Ron Burgundy would be proud of.

And now to ride Mrs O’Reilly...

Fred Rickwood (Presenter of ‘A Song for Ireland’)

If anyone was ever in any doubt about the transformative power that make-up can have on those who appear on television on a regular basis, then surely Fred Rickwood’s transformation from a scruffy-looking, babbling and completely incoherent individual into a thoroughly competent and accomplished presenter should provide irrefutable evidence of what it can do. That happens to everyone in television. Seriously.

Rickwood faultlessly presided over all of the entries into the contest, from Ted and Dougal’s ‘My Lovely Horse’, ‘The Miracle is Mine’ by the Rugged Island crew and lesser-known classics, ‘You Dirty English Bastards’ by The Hairy Bowsies and ‘The Drums of Africa Are Calling Me Home’ by Sean O'Brien and he did with everyone laughing in his face, apart from his business partner and lover Charles Hedges, of course.

The role of Rickwood was originally meant to be played by Steve Coogan, but when Coogan couldn’t make it, John Kenny, who played the role of cinema owner Michael Cocheese, stepped in and what a fine job he did too.

Ah, Father Fintan Stack, and the way that he might look at you, langorously smoking a fag while reclining in Jack's old chair.

And then threaten to put your head through the wall. 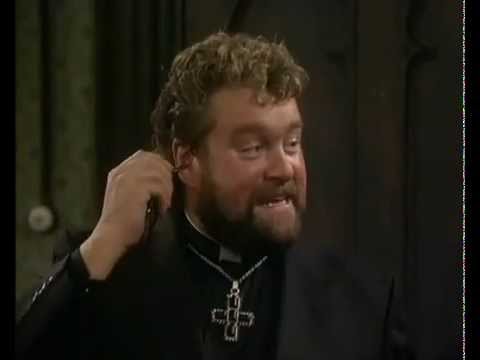 When Jack is sent to St. Clabbert's while suffering from Hairy Hands Syndrome, his replacement arrives in the form of Brendan Grace's malevolent Fr. Stack, a jungle music afficionado who inflicts his unique brand of terror on Craggy Island Parochial House.

Whether it's driving Ted's car into a wall ("I had my fun"), getting Dougal drunk on Jack's whiskey, or making some of Ted's friends from the priesthood very uncomfortable, he causes quite the impact before being shipped off to St. Clabbert's himself.

Just one more example of the genius of the sadly departed Brendan Grace.

popular
Wagatha Christie: Rebekah Vardy storms out of court just 30 minutes into final day
HSE urges public to stop using popular e-cigarette
2022 looks like it will finally be Hollywood’s big coming out party
President Michael D. Higgins leads the Late Late line-up this week
QUIZ: Can you name all the US States that contain 8 letters?
Ryanair recruiting for over 100 positions at Dublin Airport
You may also like
1 day ago
Derry Girls fans in bits following emotional season finale
1 day ago
Full update revealed on all future Star Wars movies and shows
3 days ago
Amazon Prime Video has just added 21 big movies to its library
3 days ago
The new version of The Time Traveler's Wife is going to give you all of the feels
4 days ago
One of Liam Neeson's best ever performances is among the movies on TV tonight
4 days ago
Where will 2023's Eurovision be held if Ukraine can't host?
Next Page