The prankster was not pleased to be discovered, saying 'leave me alone'.

A man who went viral after claiming to be a juror during Johnny Depp's defamation case victory against Amber Heard has since confessed that his posts were a "prank".

The anonymous man posted eight videos on the TikTok account @seekinginfinite last Thursday and Friday seemingly dishing the dirt on what happened during the case that gripped the globe for six weeks, and ended with Depp being awarded £15m, and Heard £2m. He said that he wanted to remain anonymous for the time being but would "consider confirming my identity" in the future.

END_OF_DOCUMENT_TOKEN_TO_BE_REPLACED

In his videos, the man, claimed he felt "extremely uncomfortable" with Heard repeatedly looking at the jury when she answered questions and suggested, "everything she was saying would just come off like bull****". His comments, which included, "good news for Johnny Depp" largely echoed what the Pirates of the Carribean stars' supporters had earlier claimed on social media.

So, unsurprisingly, they went viral.

The man deactivated his TikTok account on Friday and later admitted to CNN Business that it was "just a prank".

The man, said to be a cinematographer in his late 20s, told the publisher on Sunday: "I deleted everything, leave me alone, and don't spread my information please." 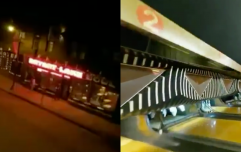 END_OF_DOCUMENT_TOKEN_TO_BE_REPLACED

He went on to tell the publisher that he did not "give you permission to use any of my information in any article" and suggested there was "more important things to write about, such as mass shootings, climate change, war, etc".

Asked what inspired him to pretend to be a juror, he said: "I'm sorry but I'm not answering any more questions."

Casey Fiesler, an assistant professor of information science at University of Colorado Boulder, told CNN that TikTok algorithms favour controversial content, but questioned why anyone thought "this is real".

"It seemed to me that this is totally the kind of thing somebody would just do for views, for a joke or whatever." She added: " 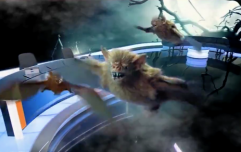 END_OF_DOCUMENT_TOKEN_TO_BE_REPLACED

"One of the big challenges with misinformation on social media is it's very, very hard to correct it."

On Monday, a court stenographer made headlines after claiming a few jurors dozed off during trial.

Judy Bellinger told the Law&Crime Network that a few jurors struggled to stay awake, particularly during the video depositions, saying: "There were a few jurors who were dozing off," Bellinger said, noting that the sleeping jurors were in the front and back rows.

popular
Netflix has just added one of the funniest shows of the last 10 years
Spielberg's best movie is among the movies on TV tonight
Steve-O says he cannot save 'dying' Bam Margera in emotional online post
Missing mother's children 'cried their eyes out' after they were told 'mummy's lost'
One of the best thrillers of all time is among the movies on TV tonight
Couple decide to live on cruise ship permanently after finding it's cheaper than paying mortgage
Netflix unveils first details of new anti-password sharing measures
You may also like
1 month ago
Bartender sends boss brutal three-word response after 3am text
1 month ago
Sports reporter asked to cover snow storm goes viral thanks to his cranky coverage
5 months ago
Massive 130ft superyacht sinks off the coast of Italy
10 months ago
WATCH: Russian soldier loses fight against door
11 months ago
Everyone is baffled by this optical illusion showing different numbers
1 year ago
Video shows Taiwanese army practicing urban warfare in front of mock Dublin pub
Next Page