Deep breaths. Remember, it's only a movie.

And yet, 2003 comedy/drama/whatever Love Actually is now the go-to Christmas choice for a great many people who, for whatever reason, can’t see past the overwhelming gloss to the rotten core within.

With a rake of wacky characters crossing over into different plot lines, it’s a bit like Intermission, except Intermission was pretty good. 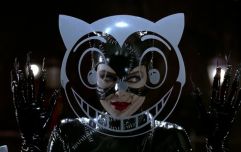 30 years ago today, a huge Christmas movie was released in the depths of summer

END_OF_DOCUMENT_TOKEN_TO_BE_REPLACED

My colleague Carl Kinsella argues that Love Actually is a "nihilistic parade of self-defeat" and therefore "near-perfect", but I assure you, dear reader, that he means it in the nicest possible way.

There are many reasons why Richard Curtis’ messy ensemble piece is really rather rubbish, actually.

END_OF_DOCUMENT_TOKEN_TO_BE_REPLACED

And the film not only doesn’t realise it, it positions him as some gallant lovestruck hero. He’s also an astonishingly poor choice for a best man.

Working a surprise musical flash mob into the ceremony is one thing, but that’s nothing in the grand scheme of things. 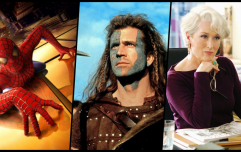 END_OF_DOCUMENT_TOKEN_TO_BE_REPLACED

Tasked with filming his friend’s wedding, he focuses the camera almost exclusively on Keira Knightley’s character - his friend's brand new wife - to whom he’s previously been utterly rude to.

He’s in love, you see! When she tries to break the ice, he reveals the wedding footage, complete with endless adoring close-ups of her. She leaves without a fuss, presumably to file a police report.

Having not learned his very obvious lesson, Lincoln fully embraces the stalker concept, showing up at Knightley’s door to inform her that he loves her via the medium of cue cards like that Bob Dylan video.

This is the part where she finally informs the relevant authorities, or, at the very least, tells her poor husband - who is inside the house while this is occurring on his doorstep - right?

She's INTO IT, finding the whole thing terribly cute, and eventually chases him down for a prolonged, not-at-all innocent kiss that can only result in eventual tragedy.

It’s really quite unsettling, and that’s before you discover that Lincoln’s massive creep is based on Richard Curtis himself.

2. A waste of the great Chiwetel Ejiofor

Speaking of the jaw-dropping above storyline, why is the wonderful Chiwetel Ejiofor dragged into it?

Yeah, we all gotta start somewhere, but dude deserved better than a guy who’s inadvertently encouraging his new wife and best mate to have an affair.

3. The film uses the September 11 attacks to tug on the heartstrings

Everyone’s favourite professional bumbling cartoon Hugh Grant kicks things off in Really Makes You Think fashion with a voiceover that speaks to the universal power of love, noting that all of the messages left behind by those on the doomed 9/11 planes were missives of love, not hate.

Grant’s 'loveable' Prime Minister has a thing for friends, families and loved ones convening at airports at Christmas, so it makes sense… kind of? Not really? Bit weird?

A strange way to start “the ultimate romantic comedy”, but that’s Richard Curtis for you.

Which is just obnoxious.

5. The title is missing an obvious comma

Which is just annoying, actually.

Seriously, check out this busy attempt to make sense of things: 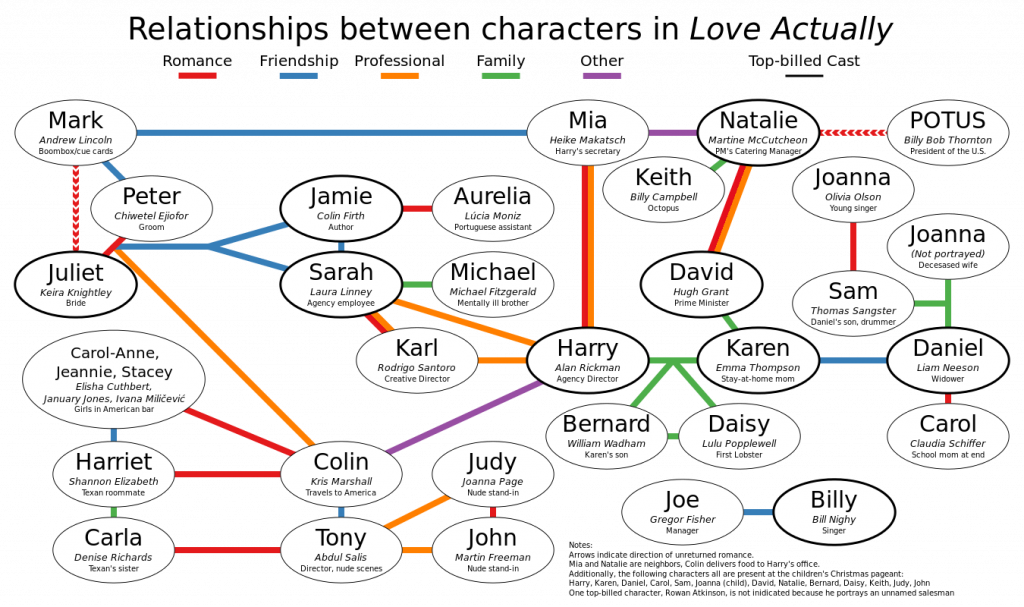 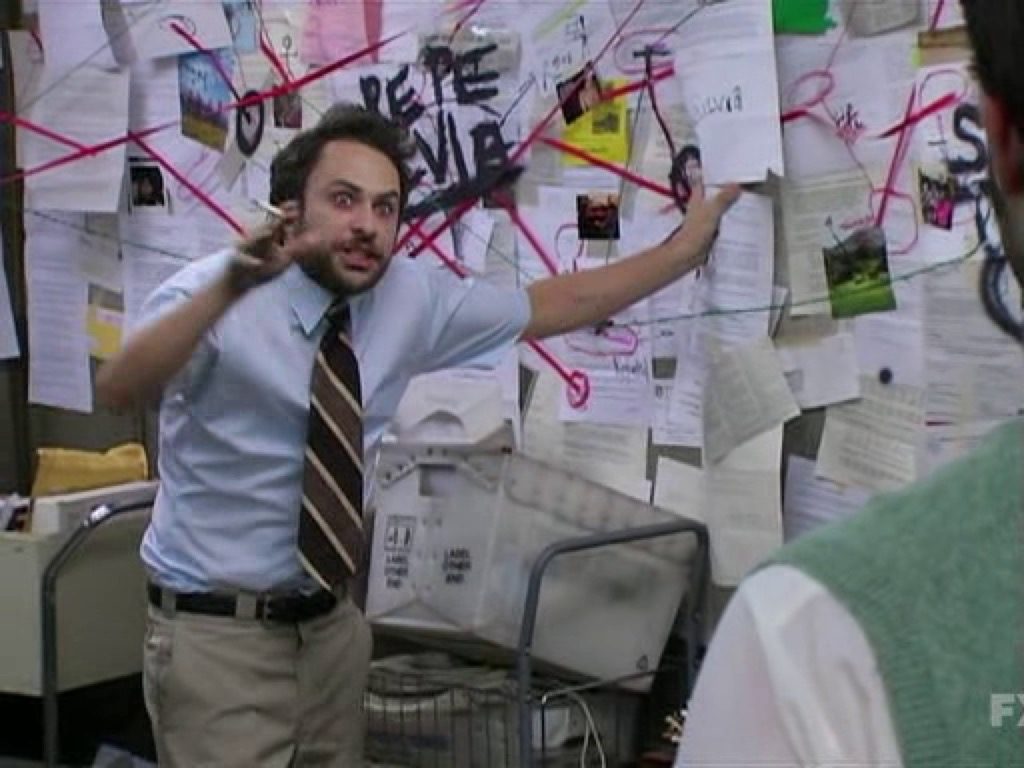 Speaking to VH1 in 2013, Curtis admitted that “maybe it’s because it’s got so many plots that people can’t remember what’s going to happen next, so it’s sort of satisfying - it’s not like watching a thriller where you know he’s about to get killed, I think you can’t quite remember where you are.”

Granted, he was talking about Love Actually being so overstuffed that even he forgets it’s set at Christmas, but the truth will set you free, Richard.

This is a pretty dark movie under the hood, huh?

Liam Neeson is always strangely adorable, even when ruthlessly breaking the necks of terrorists or scaling a fence from 27 different angles.

It's all part of that legendary Ballymena charm.

Love Actually rather tests the boundaries, though, as it tasks him in the role of overbearing stepdad, determined on uniting his stepson with the girl he's obsessed with.

There's a really weird line about how said kid will be making use of every room in the house when he's older (?) but the decision to make the guy watch Titanic, a doomed romance where the male lead dies in the end, is just bizarre.

We still love you, Liam.

8. If that kid tried to do that airport run now, he'd be shot to death

Girls Aloud covering The Pointer Sisters isn’t a bad idea on paper, and yet their take on ‘Jump (For My Love)’ is a bad karaoke effort, unleashed upon the world in all its tacky glory, legging it around a house that supposedly belongs to the Prime Minister of the United Kingdom.

10. Every American female character is a sex-crazed maniac

So, that Kris Marshall storyline, then.

Yer man off the BT ads plays a caterer who just can’t get a girl in his native Britain, and so embarks on a conquest of America where he instantly punches way above his weight and is promptly devoured by three apparently desperate model types.

That unflattering sex-starved distinction extends to...

11. The movie’s nicest character, and the saddest ending

...the only prominent American female in the cast, Laura Linney.

Perhaps she should make friends with those American girls, given that her quest to score the hunk of the office (a young Rodrigo Santoro of 300 and Westworld fame) fizzles out as she answers the phone to her dependent, mentally ill brother at a crucial time.

This is relatable human moment and thus there’s some interesting kitchen-sink realism to the whole thing, but give her a happy ending, for god’s sake. It’s Christmas.

Curtis isn't done with giving Americans a hard time there, either.

Angelina Jolie’s ex-husband’s turn as ‘US President’ sure ain’t subtle.

Are we honestly supposed to believe that a crude buffoon with a penchant for sexual harassment could rise up the political food chain to become the most powerful man in the world?

Okay, maybe they got that one right.

Not even a snide villain such as Hans Gruber would cheat on Emma Thompson.

At least Curtis held off on the original plan to reveal him as a guardian angel.

'Love Is All Around' is a fine song, and the original by The Troggs is well worth spending three minutes on.

However, those of us who lived through the '90s and Marti Pellow's months-long assault on the charts were doing just fine in 2003 having forgotten all about the simpering Wet Wet Wet version, thank you.

Smash cut to Richard Curtis repurposing the song again and all those bad memories came flooding back. Scorsese wheeling out 'Gimme Shelter' for the 100th time, this is not.

Bill Nighy is good value in the role of an ageing crooner and it sparked a deserved career resurgence for the man but for the love of god Richard, pick a different track next time.

17. Colin Firth’s inexplicable love for a woman he cannot communicate with

In one of three stories that involve an older white male crushing on a female subordinate (what's going on there, Richard?), unlikely pin-up Colin Firth gets cheated on and falls for his Portuguese housekeeper.

Language barrier fish-out-of-water hysteria ensues as Firth learns to love a woman with whom he is unable to form any kind of meaningful communication with. Y'know, because movie.

It's a hard sell, despite Firth's typically winning commitment to the role. As for the big scene in which he enlists the help of the stereotypically cartoonish villagers in order to propose... pretty awkward, actually.

Love Actually is a strange, often genuinely unsettling mess of a thing.

The cast is a true embarrassment of riches, as legendary British thespians and Martine McCutcheon awkwardly scratch and claw for attention against a cynical seasonal backdrop.

popular
County where winning Lotto jackpot ticket worth nearly €9 million was sold confirmed
Netflix has just quietly added 30 big movies to its library
Dublin Bus and boat involved in city centre collision
Here's the line-up for this week's episode of The Late Late Show
Welder awarded €15,000 for unfair dismissal despite admitting to drinking alcohol before work
10 years ago today, the scariest movie ever made (according to science) was released
Graham Norton reveals the one celebrity he'd love to have interviewed
You may also like
9 months ago
The JOE Entertainment Quiz Of The Year
9 months ago
QUIZ: Can you guess the Roses chocolates without their wrappers?
9 months ago
Here are all the big movies on TV on Christmas Day
9 months ago
QUIZ: Can you name every single bad guy in the original Die Hard?
9 months ago
"Slightly reduced" service for PCR testing over Christmas period – HSE
9 months ago
The 10 most-overlooked Christmas movies of all time
Next Page