Titanic turns 20 this week, but the original vision for the movie was VERY different

Initially released in cinemas on 19 December 1997, before Titanic was shown to critics and audiences around the world, people were convinced that it was going to, well, sink at the box office.

Fronted by a then 23-year-old Leonardo DiCaprio, who was already a well-established cinema-seat super-soaker thanks to Romeo & Juliet, and the then relatively unknown 22-year-old Kate Winslet, who had appeared in Sense & Sensibility and Heavenly Creatures but nothing that might bother the blockbuster crowd; these were not the actors to pin a $200 million romantic tragedy on to.

END_OF_DOCUMENT_TOKEN_TO_BE_REPLACED

There there was writer and director James Cameron, the man who never met a nuclear weapon he didn't like and want to see detonated. The Terminator, Aliens, The Abyss, Terminator 2 and True Lies was pretty much the summation of his CV to date, a fantastic run of peerless action sci-fi, but again, not someone with whom you'd expect a gear-shift into writing and directing Romeo & Juliet meets The Poseidon Adventure.

It was this unexpected coupling, mixed with Cameron's want for perfection, that sent producers 20th Century Fox into a panic. The movie started off with an estimated $100 million budget. This ballooned to $200 million, without advertising and promotion, by the time production had finished, making it (at the time) the most expensive movie ever made. The initial release date was 2 July 1997, peak blockbuster season (putting it head-to-head against Men In Black), but Cameron stated that the special effects wouldn't be finished by then, and the release date was pushed back to December.

More panicking, and Fox turned to Paramount to help fund the project, with both companies hoping to at least break-even. Of course, with the benefit of hindsight, they needn't had worried.

Titanic opened against Tomorrow Never Dies, and everyone expected it to falter against Bond's Goldeneye sequel. Instead, it made box office history, going on to make $1.84 billion at the box office, and becoming the biggest money maker in the history of cinema. A re-release in 2012 to coincide with the centennial of the sinking of the ship pushed it up to $2.18 billion, making it one of only two movies to ever make more than $2 billion at the box office, the other being James Cameron's Avatar. 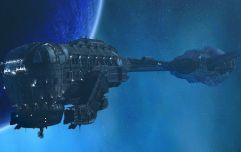 END_OF_DOCUMENT_TOKEN_TO_BE_REPLACED

All of this success, both commercially, critically and historically... but it was so close to being so very different.

END_OF_DOCUMENT_TOKEN_TO_BE_REPLACED

We should kick off with the casting choices, because as intrinsic Leo and Kate are to the very idea of Titanic, they were far from who the producers wanted in the lead roles.

Up in the air for the role of Jack were Christian Bale, Billy Crudup, Johnny Depp, Brad Pitt, Stephen Dorff, Chris O’Donnell and, if rumours are to be believed, Macaulay Culkin.

Meanwhile, the part of Rose was being potentially lined up for Drew Barrymore, Jennifer Connelly, Claire Danes, Angelina Jolie, Nicole Kidman, Charlize Theron, Reese Witherspoon, and, again if rumours are to be believed, Madonna.

None of these were the front-runners however, because if the producers were to pony up the $200 million, they wanted Matthew McConaughey (who was coming in hot after A Time To Kill) and Gwyneth Paltrow (also riding high after Se7en) as the stars.

As much as we think Leo and Kate did a great job, we actually don't hate the idea of Matt and Gwyneth in the roles. But Cameron had other ideas, and dug his heels in to get the actors he wanted.

Which brings us on to Cameron himself, who was on the edge of being tossed of the production when the budget began to spiral, and it emerged that an early cut of the movie was over 3 hours long. Longer run-times means less screenings per day, which means less opportunity to sell tickets and make the money back. Producers wanted Cameron to cut it down to 2 hours, and his reported response was: "You want to cut my movie? You're going to have to fire me! You want to fire me? You're going to have to kill me!"

Of course, not every decision Cameron made was the right call, but he wasn't a man too proud to admit fault and course correct.

Originally, he wanted the entire movie to be scored by Enya, even going so far as to put together a rough cut of the movie to already existing music by the artist. However, Enya declined the offer to write original music for the movie, and instead Cameron turned to his Aliens composer James Horner, and his score would go on to win the Golden Globe and the Oscar for Best Original Score.

Additionally, Cameron didn't want any actual songs in the movie, which forced Horner to write and record "My Heart Will Go On" in secret with Celine Dion. Only when the time was right did he play the song for Cameron, and after several plays, the director agreed it was perfect for the end credits. It, too, would go on to win the Best Original Song Oscar, and become one of the biggest selling singles of all time.

All of this is without mentioning the outlandish incidents that may have crippled any other production, including but not limited to Winslet developing pneumonia because she didn't wear a wet-suit during the sinking scenes, as she wanted to get across the realistic reaction of being in freezing water. There was also the time some angry crew member put PCP into everyone's soup, which resulted in Cameron, actor Bill Paxton and 50 other cast and crew members being sent to the hospital.

Combined, with the benefit of hindsight, Titanic shouldn't have worked.

Two untested stars. The master of action sci-fi wanting to make a period romance. A spiralling budget and production schedule. Panicking producers going head-to-head with a "highly opinionated" director. Everything that could go wrong, pretty much going wrong.

But from disaster, hope springs eternal.

popular
The JOE Friday Pub Quiz: Week 307
WATCH: Flight makes scary 'lowest ever landing' at Greek airport, narrowly avoiding plane spotters
Netflix has just added an incredibly tense 97-minute thriller
Danny Healy-Rae insists the Puck Fair goat is safe and well looked after
Shooting stars set to light up Ireland's skies this weekend
Actress Anne Heche "not expected" to survive coma following car crash
A great underseen action thriller is among the movies on TV tonight
You may also like
4 days ago
Two long-thought-dead Marvel projects appear to be in the works
4 days ago
Nope has the best scary scene in 2022 so far
1 week ago
All the new releases coming to Netflix, Prime Video, Disney+ and cinemas in August
1 week ago
WATCH: The trailer for The Banshees Of Inisherin has arrived
1 week ago
An "unadaptable" adaptation and 8 more new movies & shows to watch this weekend
1 week ago
Jake Gyllenhaal working with incredible creative team on the remake of Road House
Next Page