Netflix has just added 20 huge movies to its library

Loads of new arrivals to choose from!

Netflix has just revealed its full line-up of original content coming to the streaming service throughout August, but they've also just added 20 big movies to their library. Some are great, some are not-so-great, but chances are you'll definitely find something in here that you'll want to (re)watch... 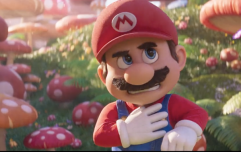 END_OF_DOCUMENT_TOKEN_TO_BE_REPLACED

The director of Independence Day, The Day After Tomorrow and Moonfall goes all-out on this end-of-the-world disaster action drama. It is incredibly dumb.

The Jude Law-fronted remake of the Michael Caine classic isn't terrible, but also not very memorable.

END_OF_DOCUMENT_TOKEN_TO_BE_REPLACED

This snowy serial killer thriller has a score of 90% on Rotten Tomatoes. One of those hidden gems probably worth seeking out.

Jennifer Lopez and Jim Caviezel are the central lovers in this odd romantic drama.

END_OF_DOCUMENT_TOKEN_TO_BE_REPLACED

It doesn't sound terribly interesting - a British soldier returns from WWI to write poetry about how much he hates war - but this 2021 historical drama scored 94% on Rotten Tomatoes.

Tobey Maguire, Michael Caine and Charlize Theron star in this period drama about a young man who leaves the orphanage he was raised in to find his place in the world.

A fantastic little thriller, with Jamie Foxx as the cabbie forced to drive assassin Tom Cruise around all night from hit to hit.

Turning 25 years old this month, critics HATED this sci-fi horror when it was released, but it has become a total cult favourite since then.

EYE IN THE SKY

The movie that landed Angelina Jolie her first Oscar, as one of the patients at a psychiatric institution, alongside Winona Ryder, Brittany Murphy and Elisabeth Moss.

This Oscar-winning war drama tells the story of one of the Union Army's earliest African-American regiments in the American Civil War.

Directed by and starring Robert De Niro, with an incredible cast including Matt Damon, Angelina Jolie, Alec Baldwin, Joe Pesci, it tells the story of the origins of the CIA. It should've been a lot better and more interesting than this.

A bad sequel to a very mediocre original. Avoid.

I LOVE YOU, MAN

One of the best bro-coms of recent years, with Paul Rudd and Jason Segel as brand-new BFFs. When we chatted to Rudd about the new Ghostbusters movie, he talked about returning to this movie for a potential sequel:

IT COULD HAPPEN TO YOU

Nic Cage wins the lotto, but he promised half his winnings to a waitress (Bridget Fonda), much to the chagrin of his girlfriend (Rosie Perez). A very cute rom-com.

Better than some of the Saw movies, but still not very good.

NEEDLE IN A TIMESTACK

A romantic sci-fi drama from the writer of 12 Years A Slave, with a great cast including Cynthia Erivo, Orlando Bloom, Freida Pinto and Leslie Odom Jr., but it racked up just 36% on Rotten Tomatoes.

A Netflix original movie about an aspiring singer-songwriter and a soldier who fall helplessly in love. It isn't getting reviewed well, but audiences are apparently loving it.

popular
Mrs Brown’s Boys creator Brendan O’Carroll hits back at "woke" critics
Welder awarded €15,000 for unfair dismissal despite admitting to drinking alcohol before work
Two arrested and charged over 2021 death of four-year-old boy in Limerick
The JOE Friday Pub Quiz: Week 315
WWE Tough Enough winner Sara Lee has died, aged 30
QUIZ: Can you name all the counties in Ireland without the letter 'L'?
Here's the line-up for this week's episode of The Late Late Show
You may also like
1 day ago
Graham Norton reveals the one celebrity he'd love to have interviewed
1 day ago
Netflix's new BIG scary show & 13 more new movies and shows to watch this weekend
1 day ago
A powerful Tom Hardy performance is among the movies on TV tonight
1 day ago
Alec Baldwin reaches settlement with family of Rust filmmaker Halyna Hutchins
2 days ago
Time to get scared – the full line-up for 2022's Horrorthon has been unleashed
2 days ago
Amazon Prime Video has just added 37 big movies to its library
Next Page