Pseudohistory, male strippers and Will Smith? Count us in.

Netflix is coming to the rescue this week in the form of soothing therapy on what can be considered one of the most daunting days of the year.

For those of us who are too broke, too busy or simply too cynical to enjoy the festivities – all we have to do is crack open our laptops and weep into our keyboards  enjoy the show.

END_OF_DOCUMENT_TOKEN_TO_BE_REPLACED

First up is Black Lightning airing on Tuesday, 13 February.

Black Lightning is an American superhero television series developed by Salim Akil, airing on The CW. It is based on the DC Comics character of the same name, created by Tony Isabella. 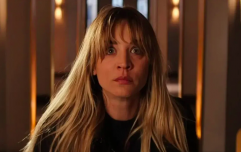 END_OF_DOCUMENT_TOKEN_TO_BE_REPLACED

It stars Cress Williams as the titular character alongside China Anne McClain, Nafessa Williams, Christine Adams, Marvin Jones III, Damon Gupton, and James Remar. The series sees the retired Black Lightning return to the hero life and its effects on his family life.

Clip via The CW Television Network

Next up is Magic Mike XXL also airing on Tuesday, 13 February. 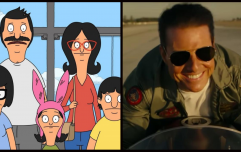 The cast of Bob's Burgers has a message for Tom Cruise

END_OF_DOCUMENT_TOKEN_TO_BE_REPLACED

It's been three years since Mike Lane's (Channing Tatum) retirement from stripping, but the former dancer misses the excitement and feeling of being on stage.

Opportunity comes knocking when the guys look him up as they travel to Myrtle Beach, S.C., for a stripper convention. With the promise of outrageous fun, a reinvigorated Mike can't resist the chance to join in and take it off again.

Third is the Pursuit of Happyness, available Wednesday 14 February.

Life is a struggle for single father Chris Gardner (Will Smith).

Evicted from their apartment, he and his young son (Jaden Christopher Syre Smith) find themselves alone with no place to go. Even though Chris eventually lands a job as an intern at a prestigious brokerage firm, the position pays no money. The pair must live in shelters and endure many hardships, but Chris refuses to give in to despair as he struggles to create a better life for himself and his son.

Fourth is Blackadder Seasons 1 & 2 – ready to watch on Thursday, 15 February.

Blackadder the Third is set in the late 18th and early 19th centuries, a period known as the Regency.

The story focuses on Richard IV's younger son Prince Edmund, a snivelling coward who calls himself the 'Black Adder'. Assisted by his grungy servant and the moronic Lord Percy, Edmund plots his rise to greatness.

Fifth is Everything Sucks! Season 1, available from Friday, 16 February.

In 1990s Oregon, members of a high school A/V club clash with the drama club. A Netflix original, the cast includes Peyton Kennedy (American Fable), Jahi Winston (The New Edition Story), Patch Darragh (Boardwalk Empire) and Claudine Nako (Grimm) among others and, judging by the teaser trailer, looks to be a lot of funny, nostalgic fun.

Next up is First Team: Juventus – airing on Friday, 16 Feburary also.

A look behind the scenes of Juventus FC. Follow the club during the 2017-2018 both on and off the field, with interviews to legends like Alessandro Del Piero and players like Federico Bernardeschi, Giorgio Chiellini, Douglas Costa, Gonzalo Higuaín, Claudio Marchisio, Miralem Pjanic, Daniele Rugani, the captain Gianluigi Buffon and the coach Massimiliano Allegri.

Seventh up is Irreplaceable You, also available on Friday 16 February.

Newly engaged Abbie (Gugu Mbatha-Raw) and Sam (Michiel Huisman) have been the love of each other's lives since childhood. But when the future they envisioned together takes a tragic turn, their relationship is put to the ultimate test.

Eighth is The Interview, also available on Friday 16 February.

Talk-show host Dave Skylark and his producer, Aaron Rapoport, score an interview with Kim Jong-Un, dictator of North Korea. But when the CIA asks them to kill Kim, they become the least qualified men to ever assassinate.

And finally, new episodes of Crazy Ex Girlfriend will be added on Saturday, 17 February.

A young woman abandons a choice job at a law firm and her life in New York in an attempt to find happiness in the unlikely locale of West Covina, California.