You should be lobbing the gob on a nearby redhead.

That's because today is International Kiss A Ginger Day and while our red-headed friends are usually more accustomed to getting some friendly stick (the term daywalker must be well known to them at this stage), today is their moment to bask in the sunshine.

To celebrate JOE felt it was high time to dispel the frankly scurrilous myth of gingers having no souls, by looking at some of our favourite ginger moments.

END_OF_DOCUMENT_TOKEN_TO_BE_REPLACED

Roy Keane would have definitely handled this incident in a different way. Here's proof that gingers have a better sense of humour than others and JOE can't express just how much of an absolute lovely man the former Celtic manager is.

This clip is gas.

The greatest person alive is on our list because there is no other blonde, brunette or bald person that can claim that they:

Can cure cancer with their tears.

Push the world down when they do push-ups.

Can swim on land.

Actually died three years ago but the Grim Reaper was scared shitless to tell them. 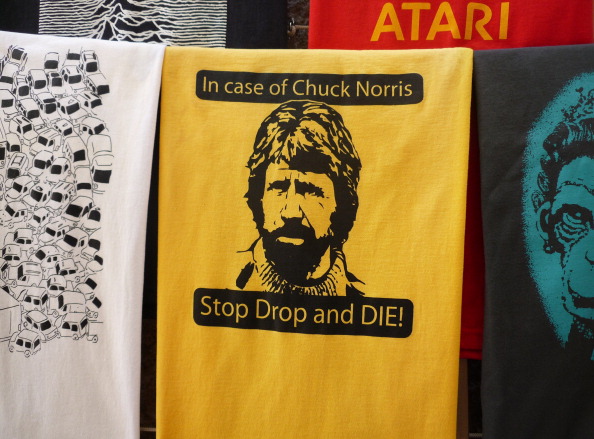 The singer was already incredibly popular in Ireland but he stole the hearts of Irish mammies all over the country with this incredibly sound gesture on the Late, Late Toy Show.

Even the most cynical of people would find it impossible to dislike the most soulful of all our red brethren.

We have a feeling that if you looked up the definition of the word 'lovely' in the dictionary, you might see a picture of the Easy A actress looking back at you.

Stone's red locks aren't actually natural, she dyed them for her breakthrough performance in Superbad, but she has since come to define everything that's cool about being ginger. Did we mention that she's lovely already? 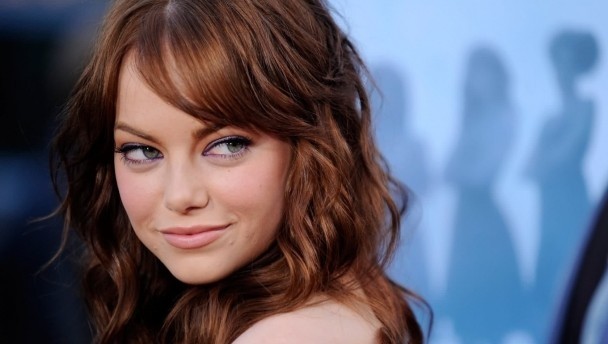 JOE are huge fans of the Gleeson dynasty/family/incredibly talented production line but we've opted for arguably Ireland's finest actor and spreader of the ginger gene.

In Bruges is an absolute masterpiece and Gleeson's character Ken provides the soul, poignancy and heart of the movie.

We would like to see Gerrard, Lampard or Cleverley do this. Here's the reason why he's called the ginger prince.

Gingers have't just contributed to Irish society in the domains of sport, entertainment and politics because our most famous novelist and poet had a serious case of gingervitis also.

We're fairly sure that the Dubliner was referring to people being mean towards gingers in one of his most famous lines, "what incensed him the most was the blatant jokes of the ones that passed it all off as a jest, pretending to understand everything and in reality not knowing their own minds.”

A ginger style intellectual ass-kicking if ever we saw one.

There's only one man in the galaxy that's enough of a badass to hand the future Darth Vader a beatdown that was so severe that it left him burned, disfigured and so pissed off that he took revenge by destroying planets and choking his own minions.

The force is definitely strong with the ginger Obi-Wan Kenobi in Episodes I-III.

We think this was his best moment. Obi-Wan has too much soul to be kept in a hole.

We're huge fans of the classic cult-comedy Hot Rod here in JOE Towers and the former Neighbours actress is always good value whenever we see her on screen.

Wedding Crashers and Definitely, Maybe are also a must-watch for fans of Sacha Baron Cohen's wife. Only a ginger has the charm to bag Borat. 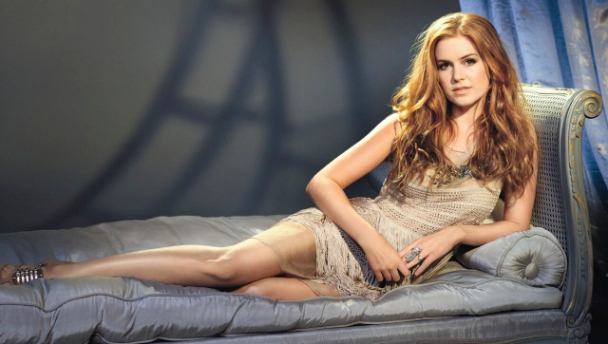 It's a well known fact that it's impossible to be ranked as one of the coolest men in music without having good hair.

We're certain that the QOTSA and Them Crooked Vultures singers status as a rock deity is largely due to his ginger locks. Yeah, it has nothing to do with the fact that he's probably the most gifted musicians that has picked up a guitar in the last 20 years.

Not only is the chat show host one of the best presenters on TV but he also produced some of the finest episodes of the greatest show in the history of the world.

This is our favourite moment of his when The Simpsons was under his tenure, Marge v The Monorail (written by O’Brien)

‘I’ve sold monorails to Brockway, Ogdenville and North Haverbrook and by gum, it put them on the map.’

He may be wrestling in the US but one of our most famous gingers still has his heart and soul in the Emerald Isle. Not only has he dropped by to visit the Craggy Island parochial house, paid tribute to Brian O'Driscoll in front of millions of viewers but he also took the time to make a young Irish fans dreams come true with this lovely meet and greet. 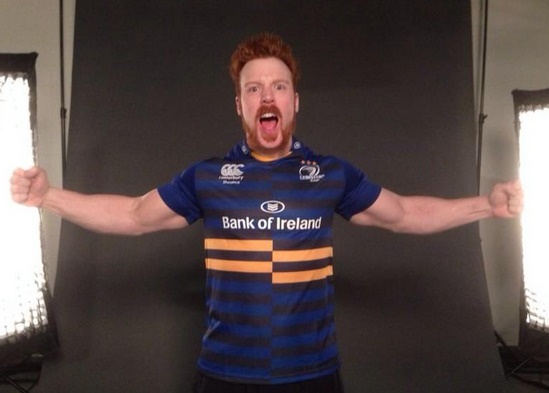 It takes a brilliant ginger mind to create Spaced and The Cornetto Trilogy and this is definitely our favourite moment from the Star Trek and Mission Impossible actor.

The cult-footballer has had more of a positive impact on the Irish sporting landscape than you might think. He sponsored his local GAA team, played for Barcelona once (according to an 100% accurate Wikipedia article) and was the reason behind Rory McIlroy's blistering form in 2014.

We won't mention that night in Paris although it might have been his twin brother who switched off at the back-post before Thierry Henry's handball.

The gingers do have a soul guy

A stirring speech that's worthy of rivalling Bill Pullman in Independence Day or Al Pacino in Any Given Sunday. An ambassador for all you fine ginger people if you've ever needed one. Now go out and get your kiss!

popular
The JOE Friday Pub Quiz: Week 307
Record for hottest August day in Ireland ever has now been broken
Author Salman Rushdie reportedly stabbed on stage during event in New York
WATCH: Flight makes scary 'lowest ever landing' at Greek airport, narrowly avoiding plane spotters
Netflix has just added an incredibly tense 97-minute thriller
A great underseen action thriller is among the movies on TV tonight
Danny Healy-Rae insists the Puck Fair goat is safe and well looked after
You may also like
2 days ago
The Ultimate "That Actor From That Thing" Quiz
5 months ago
30 years ago, Arnie's biggest prank ended with Stallone's biggest flop
6 months ago
China gives Fight Club a new ending, manages to completely change the plot of the movie
8 months ago
Who tweeted it: Simu Liu or Rahul Kohli?
8 months ago
Cow escapes field, heads to resort and gets stuck on water slide
10 months ago
Drunk man reported missing ends up joining search party to find himself
Next Page