There's new information on Michael's plan to take over from Tommy, Gina's mysterious past, and more.

END_OF_DOCUMENT_TOKEN_TO_BE_REPLACED

If only you kept your mouth shut.

That slip of the tongue seems to have been a massive reason why Tommy's plan to assassinate Oswald Mosley failed - well, that and real life history where Mosley lived to be 84 - but with Season 5 of Peaky Blinders now finished, one question still remains.

END_OF_DOCUMENT_TOKEN_TO_BE_REPLACED

Who pulled the trigger that killed Barney (Cosmo Jarvis)?

Earlier in the episode, we learned that a bartender at The Garrison named Mickey Gibbs (played by Derry Girls star Peter Campion) was a traitor that was selling secrets of the Shelby Company to the highest bidder.

Ultimately, he got a bullet in the head for his treachery but things might not be that straightforward.

Cast your mind back to the fourth episode in Season 5, The Loop. During that sequence at the ballet, plenty of viewers picked up on a little look between Gina Gray (Anya Taylor-Joy) and Oswald Mosley (Sam Claflin).

END_OF_DOCUMENT_TOKEN_TO_BE_REPLACED

In fact, some people are still convinced that there are ties between those two characters.

Well, during the most recent episode of the show's official podcast, Sam Claflin addressed the little look that took place between Gina and Mosley.

"Me and Anya talked about this quite recently and we never really explored that further, aside from that look. I remember it being scripted from the very beginning, it said 'they have a little look.' I remember very early when I had a meeting with Steven - at that point, only episodes 1-3 had been written - and he said that he likes to leave open ends when he's writing. He then sort of spends the next three episodes trying to tie these open-ends together again. I didn't know if that look was going to make it, but I'm glad that it did.

"We kind of left it open-ended to see if there was a spark, maybe. Literally, in the script, it said 'Oswald turns around and looks at Gina.' There wasn't too much overthinking about that moment and that's the beauty of the script. It's when you're left to your own devices to wonder if there's something there or not," said Claflin.

Aside from the return of Alfie Solomons and that intriguing cliffhanger, the finale also provided viewers with an insight into what's in store for Season 6 as Michael Gray makes his move to take control of the Shelby Company.

During the podcast, director Anthony Byrne was asked if it was always Michael's plan to take over the business? On top of this, were there clues about Michael's intentions from previous seasons?

"He (Finn Cole) was never sure because it wasn't 100% clear in the scripts from previous seasons. He would play scenes in a way where he felt 'I'm doing this' and then other scenes he'd play them like he's innocent of everything that he's being accused of. That really worked because you could see those movements in different scenes over the series and when we go into Season 6, that will really pay off," said Byrne.

After Tommy took Michael's business plan and threw it in the fire, Gina, mentioned a 'second option' which could allow Michael to take control of the Shelby Company.

It's clear that Gina has a strong hold on her husband and Byrne said that Season 6 will also delve into Gina's mysterious past and family.

"Gina is American and she comes from quite an American influential family, but they're not overtly a crime family but there's a lot of grey there. That's teed up to be delved into in the next season. Steve has everything thought out. She didn't just say that line and we're like 'Oh, we'll figure it out later!,' it's all part of a wide plan that we knew of before we were shooting," said the director.

As soon as she arrived in Birmingham, Anya Taylor-Joy's character seemed like she had a certain degree of contempt for the Shelby family. Is Michael's new wife plotting to bring down Tommy's empire?

Byrne thinks that there's a lot more scope for the character to develop in Season 6. 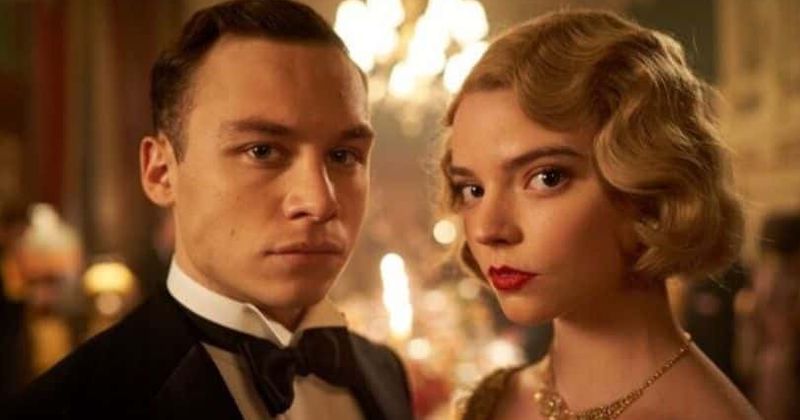 "I always thought that Gina has great street smarts but they haven't been honed yet. Maybe she's kind of 'in for a hiding' somewhere down the way, but she's certainly a manipulator and a game player. She wants more than what she has.

"I think she does come to Birmingham on a whim with Michael and sees a lot of opportunity. It's sort of pivoting that opportunity back to America. The US is a part of the future, certainly. I don't know if it's a big part of it but it's certainly there. We have to get over the cliffhanger first, so, who knows where Tommy will be?," he added.

When asked if Michael is now a fully-fledged enemy for Tommy as Season 6 approaches, Byrne said "Yeah, it's certainly set up that way. Yeah. That's very much at the forefront of what we're heading into."

Season 6 of Peaky Blinders is scheduled to start filming early next year.

popular
Bus Éireann’s service from Dublin to London will restart this week
Gardaí unveil new Armed Support Unit vehicles to replace older models
Netflix has just added 33 very big movies to its library
Amazon Prime Video has just added 51 big movies to its library
Video: Nadal collapses during press conference
QUIZ: Name all of these characters from Hey Arnold!
An action-packed thriller is among the movies on TV tonight
You may also like
4 days ago
All of the new releases coming to Netflix, Prime Video, Disney+ and cinemas in July
5 days ago
One of the best sports movies of recent years is now available to stream at home
6 days ago
"The Raid meets Tangled" plus 4 more movies & shows to watch this weekend
6 days ago
Netflix reveals full line-up of new shows and movies arriving in July
1 week ago
The 10 best TV shows of 2022 so far
1 week ago
Amazon Prime Video has just quietly added 15 big movies to its library
Next Page