That's how long it has been since we've seen the Peaky Blinders on our screens but with news that the Shelbys are returning on 25 August, the tide of new information and quotes has been unleashed like the fury of Arthur at his very worst.

END_OF_DOCUMENT_TOKEN_TO_BE_REPLACED

With Season 5 set to move the show into a new era after the Wall Street Crash, there's a certain degree of unpredictability about what's in store.

To compound matters, there's also the small matter of Tommy's new position as a Labour MP for Birmingham to contend with.

During a recent interview with JOE, the writer/creator of Peaky Blinders, Steven Knight, confirmed that the new season is going to be the darkest one yet as Tommy continues to deal with his PTSD from WWI.

Aside from this, Knight and Cillian Murphy also gave us an insight into the mindset of Tommy Shelby as the new season approaches.

END_OF_DOCUMENT_TOKEN_TO_BE_REPLACED

Over the years, Steven Knight has always been adamant that Peaky Blinders will be a show that's firmly set between both world wars - there's a popular theory that the show will end as the first siren that heralds WWII is blared out.

However, with the show's popularity showing no signs of slowing down, the demand for even more seasons and a film are massive.

In fact, Otto Bathurst, a director on Season One of the show, has said that a script for the film is being written and during a recent chat with JOE, Knight confirmed that he is thinking about a Peaky Blinders film and talked about what it could potentially be about. 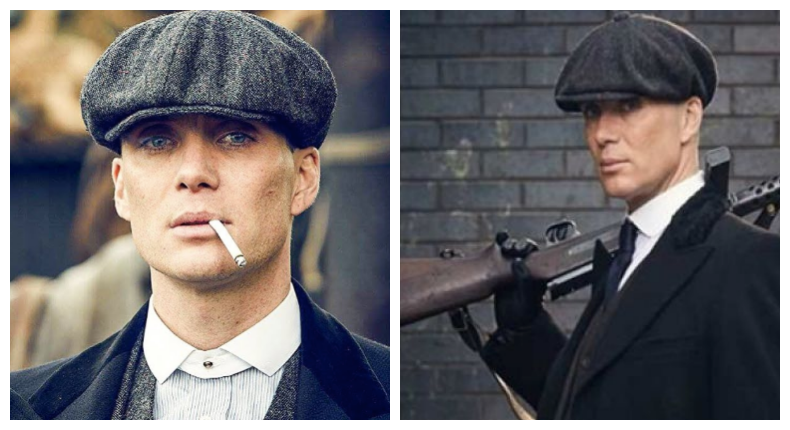 END_OF_DOCUMENT_TOKEN_TO_BE_REPLACED

"I love doing it, I love the world. We were originally going to end it with this series but we thought to ourselves 'so many people are just getting into it it now, it would be such a shame to stop.' We may consider a film at the end of series seven. I think it would be great. I was only starting to think that we could actually go into the Second World War. I was thinking ‘could we do the war?' We could do the Black Market war, so that’s a possibility," he said.

During World War II, the black market was a direct response to the system of rationing that was introduced. While illegal, the black market became a driving force in the Home Front especially in the cities – for those who could afford the prices.

After WWII was announced in 1939, inmates in the UK with less than three months left to serve were given an amnesty in an effort to help the war cause. Naturally, some of these individuals gravitated towards the wartime black market.

Aside from this, a weakened police force also led to an increase in domestic crimes.

While nothing official has been confirmed, a Peaky Blinders film does seem like it belongs in a cinema because its cinematography, scope, and character are definitely cinematic.

In fact, during the interview with JOE, the ever-modest Knight was quick to brush away any comparisons between the Shelby family and The Godfathers main protagonists, the Corleones.

"If anyone ever compared it to The Godfather, I’d be deeply flattered. Obviously, The Godfather is this fantastic, beautiful, and balanced series of films. It’s someone (Francis Ford Coppola) looking at their own Italian culture and turning it into something universal. I’m trying to take this story of a half-gypsy family that’s living in the slums of Birmingham and turn it into something that anyone in the world can recognise and feel. It seems be working because it’s so popular all over the place," said Knight.

popular
Jeffrey Dahmer’s dad thinks he knows what’s to blame for son becoming a serial killer
€600 energy credits and free schoolbooks for children set to be announced in Budget 2023
QUIZ: Test your knowledge with this Ultimate Friends Character Quiz
House Of The Dragon is already better than Game Of Thrones
Domino's to recruit 1,000 workers in Ireland ahead of "peak pizza season"
Fine Gael Councillor slams attendees of cost of living crisis protests
QUIZ: Name the country for each of these non-capital cities
You may also like
2 days ago
A brilliantly scary horror movie is among the movies on TV tonight
3 days ago
2022's sexiest show is finally available to watch in Ireland
3 days ago
The 6 must-watch brand-new arrivals coming to Disney+ in October
3 days ago
Amazon Prime Video has just added 20 very big movies to its library
4 days ago
Two of the most talked about movies of 2022 and 6 more movies & shows to watch this weekend
6 days ago
Power-ranking the House of the Dragon characters after THAT wedding dinner
Next Page