Pic: The Good Will Hunting bench in Boston has been covered in brilliant Robin Williams tributes

The world is mourning today with the news that comedian, actor and JOE childhood hero Robin Williams has passed away. Tributes are pouring in on all social networks, on radio and on television and, perhaps most poignantly, fans are covering the famous park bench from Good Will Hunting in some of the actor's most-loved quotes. 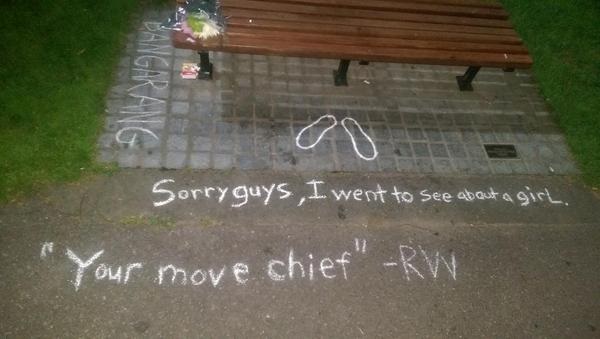 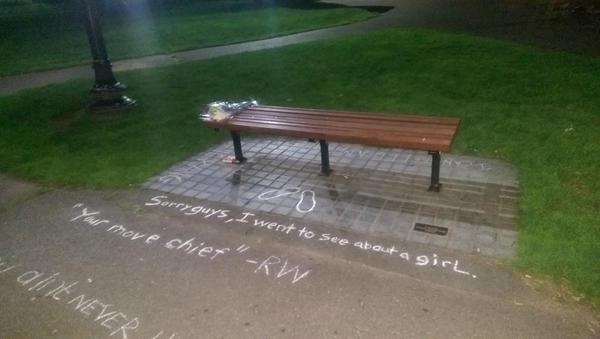 END_OF_DOCUMENT_TOKEN_TO_BE_REPLACED

In case you haven't seen the brilliant 'Park Bench' scene from Good Will Hunting then make sure you check it out below and if, like JOE, you're understandably in the mood for catching up on some of the actor's best work, take your pick from our own list of highly-recommended movies here.

Now, time to grab the hankies, this really is acting at its best...

popular
County where winning Lotto jackpot ticket worth over €5.5 million was sold confirmed
Amazon Prime Video has just quietly added 15 big movies to its library
Friends co-creator says she's now "embarrassed" by the series' lack of diversity
Netflix reveals full line-up of new shows and movies arriving in July
The 50 most iconic songs of all time* have been revealed
JOE Trailers Weekly - Sylvester Stallone's new crime drama series should be a must watch
Ian Bailey says he will "fully cooperate" with Sophie Toscan du Plantier cold case review
You may also like
1 day ago
007 producers provide new update on Bond 26
1 day ago
The main reason why that fourth Christopher Nolan Batman movie will never happen
1 day ago
The original version of Magic Mike could have been very, very different
2 days ago
WATCH: Colin Farrell could be up for an Oscar in true-life thriller Thirteen Lives
2 days ago
Amazon Prime Video has just quietly added 15 big movies to its library
2 days ago
The 10 must-watch new (and old) arrivals coming to Disney+ in July
Next Page