PIC: The latest Gogglebox couple that will be introduced to Irish audiences tonight

Fans of Gogglebox Ireland will be introduced to the latest stars of the show when Dawn and Dale from Cork make their small screen debut.

Partners and best friends, Dawn and Dale met six years ago while studying the same course at Cork Institute of Technology and now both work together in retail. 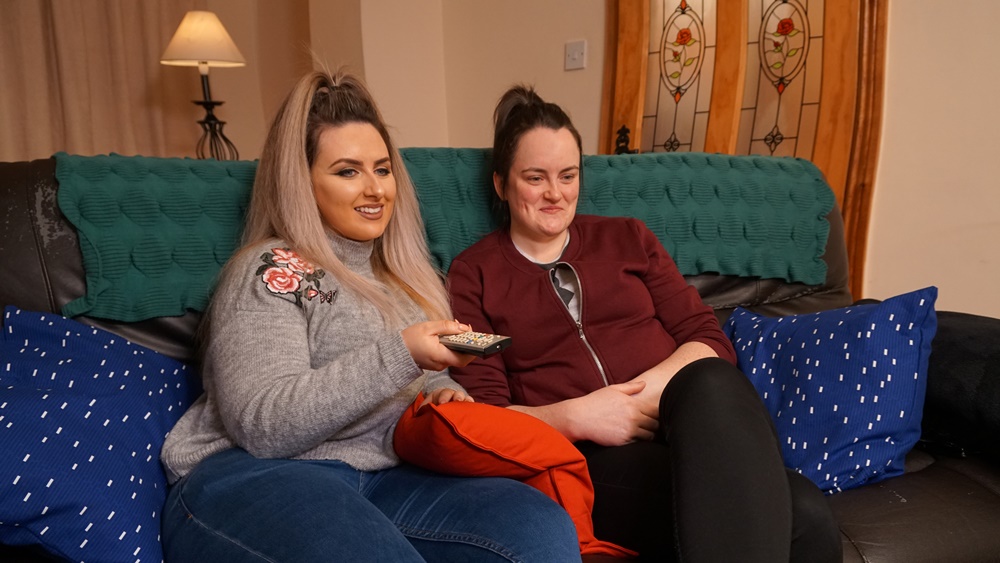 END_OF_DOCUMENT_TOKEN_TO_BE_REPLACED

They’re both from big families in Cork but they don’t have everything in common; Dale is from the city and Dawn is from the country and while Dale runs a make-up video blog and is obsessed with beauty products, homewares and decorating, Dawn is more into sports and is a former camogie and soccer player.

They like to watch game shows together and argue over the answers and on Wednesday night’s show, they, along with the other stars of the show, will be tuning into Dancing with the Stars, Celebrity Masterchef and The Great British Skinny Dip.

popular
QUIZ: You'll do well to get 100% in this General Knowledge Quiz
Gardaí urge public not to share "upsetting" pictures of fatal assault of Paul 'Babs' Connolly in Westmeath
Disney+ has just added 10 big movies to its library
25 years ago, Sylvester Stallone delivered his best performance in a hard-hitting crime drama
The JOE Friday Pub Quiz: Week 307
The JOE Movie Quiz: Week 167
QUIZ: You'll need to be razor-sharp to get 100% in this General Knowledge Quiz
You may also like
4 years ago
Watching Wednesday night Champions League matches for free in Ireland is a thing of the past
4 years ago
Maria Steen reconfirmed for tonight's Eighth Referendum debate
4 years ago
One of the best Irish films in recent years is on television tonight and it stars Evanna Lynch of Harry Potter fame
4 years ago
Podge and Rodge are set to make a return to Irish TV screens
4 years ago
TV3 to air a rugby special all about Ireland's Grand Slam journey this Sunday
4 years ago
Get in the mood for the big one today with TV3’s hair-raising Ireland v England promo
Next Page