A tremendously underrated horror is among the movies on TV tonight

It forms the second part of an unofficial 'apocalypse trilogy' with The Thing and In the Mouth of Madness.

Yes, the weather is still very cold out. But at least, for those staying in tonight, there are some solid movies on TV.

These include the following:

END_OF_DOCUMENT_TOKEN_TO_BE_REPLACED

Our pick for tonight is this supremely underrated 1987 horror from writer-director John Carpenter (Halloween, The Thing).

It follows a group of scientists in LA who are asked to assist a Catholic priest (Donald Pleasence) in investigating an ancient cylinder of liquid discovered in a monastery.

However, they soon come to learn that the mysterious substance is in fact the essence of Satan.

Unfairly slept upon at the time of its release by most critics, Prince of Darkness' cool mix of sci-fi and horror, palpable sense of dread and surrealistic imagery has seen it come to be regarded as Carpenter's most underrated flick.

The most recent Alien movie and arguably the weirdest.

Steven Seagal is the lead in this critically panned eco-action flick. 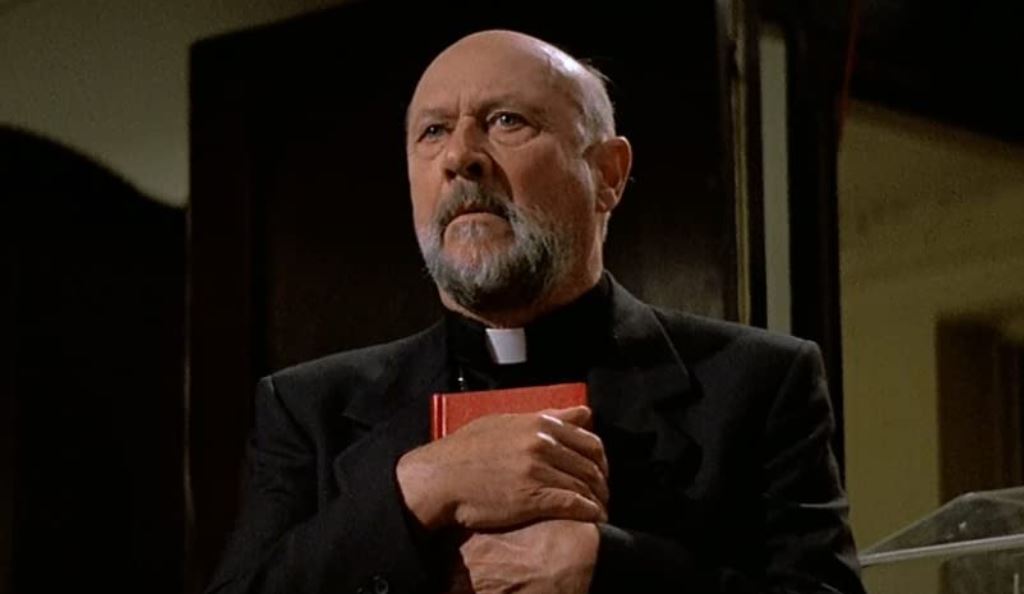 Donald Pleasence in our pick for tonight - Prince of Darkness

This cult musical action-comedy centres on a man just released from prison (John Belushi) who puts together his old band to save the Catholic home where he and his brother (Dan Aykroyd) were raised.

Not the brilliant Kathryn Bigelow original but the 2015 original with 11% on Rotten Tomatoes.

Michael Caine leads an ensemble cast in this heist film based on a true story.

This 1998 neo-noir starring Clive Owen has a 95% score on Rotten Tomatoes.

popular
Conor Mcgregor hit by car ‘at full speed’ while cycling
Colin Farrell shouldn't win the Oscar this year
Parents left in shock after gorillas start mating in front of kids at zoo
S Club 7's Hannah Spearritt and children left homeless after being forced from home before Christmas
Netflix has just added one of the best sci-fi movies of recent years
New Netflix series deserves to be as big as Stranger Things
All of the new Netflix movies and shows arriving in February
You may also like
55 minutes ago
Can you get top marks in this ultimate Oscars 2023 quiz?
2 days ago
Barry Keoghan mentioned in UK Parliament speech during government debate
2 days ago
BBC apologises after calling Paul Mescal 'British' in Oscar coverage
2 days ago
Netflix defends Squid Game reality show as three people receive medical treatment
3 days ago
A very funny horror comedy is among the movies on TV tonight
3 days ago
Here's the line-up for this week's Late Late Show, which will include an Irish Oscars tribute
Next Page