An incredible show with even better characters.

South Park made its debut on Comedy Central 18 years ago today and I'm certain that at the time, Trey Parker and Matt Stone were completely unaware that the crude, insane and razor-sharp stories involving Stan, Kyle, Kenny and Cartman would become the best piece of satire in the modern era.

Yes, it's bonkers, fecked up and full of dick and fart jokes but for my money, South Park has consistently been the smartest show on TV for the best part of a decade. 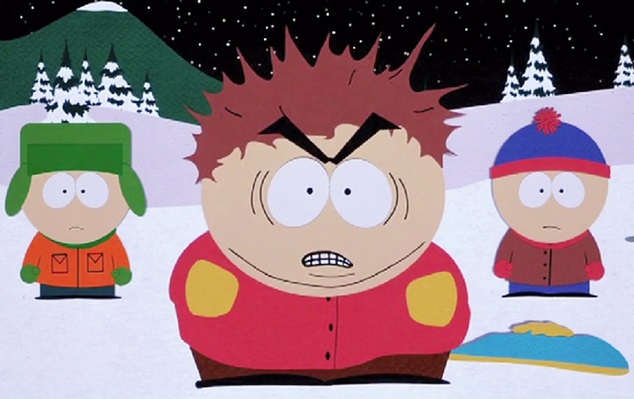 END_OF_DOCUMENT_TOKEN_TO_BE_REPLACED

Impressive stuff considering it has a Queen spider as a religious leader, ghosts of human kindness breaking into bedrooms all over town and Bono acting out as the world's biggest piece of shit.

The world of South Park is filled with some wonderful characters and here are our favourites.

I could have opted for Saddam Hussein, Moses, Satan, Jesus, Mrs Crabtree or a host of others but I love how ballsy Stone and Parker are here. Those lads just don't give a feck. 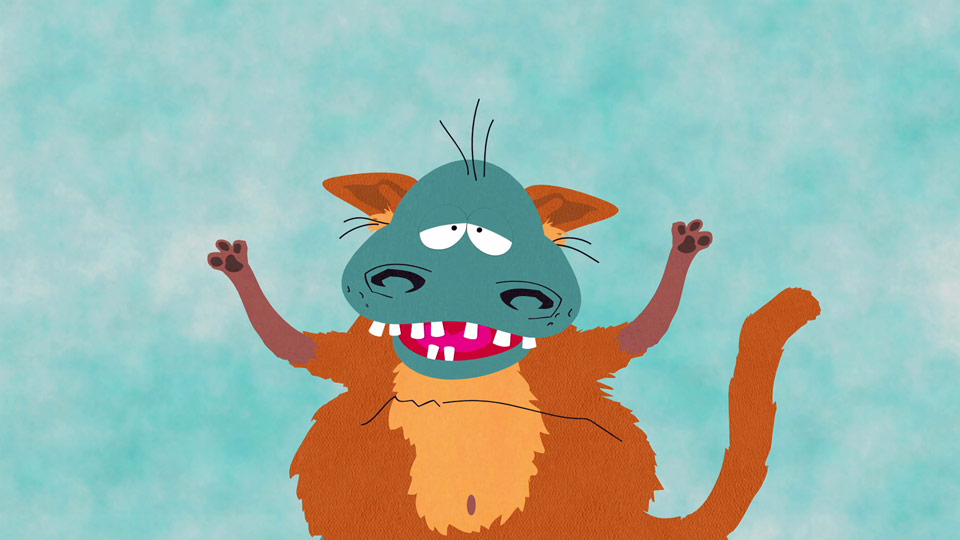 Doesn't everyone wish that they could just flip people off whenever they feel like it? Cartman's punchline here is gold.

Is she a doting mam with the patience of a saint or a cover girl for crack whore magazine? The truth, she's a little from column A and B.

Eek! Have some coffee, be grand. 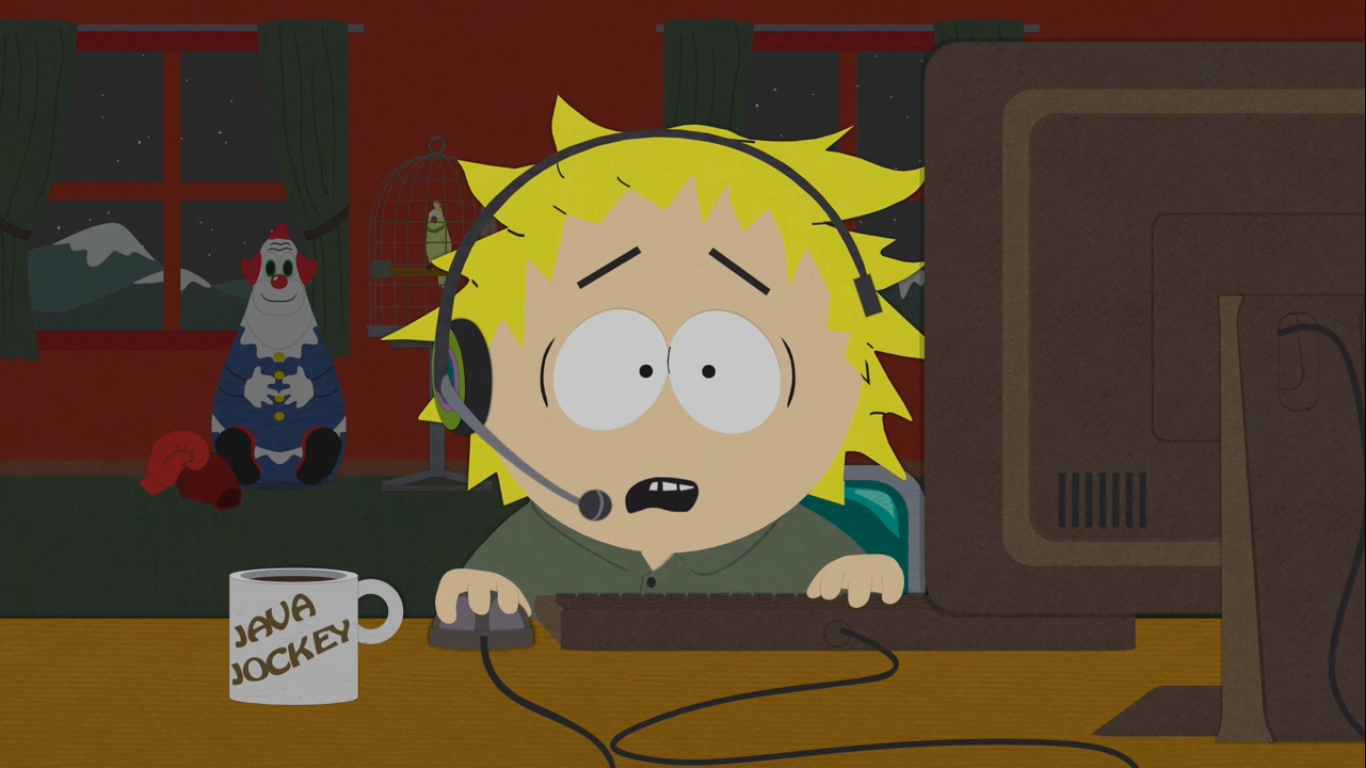 Wow what a wonderful audience. Just don't get him 'excited' before a performance though.

This is still one of the most brutal fights that you'll ever see.

So what do you have to say to that? Mr scientist! Niiiiiiiice.

Three fiddy! We all know the words to this one.

God damnit Billy! Yes he may only have one recurring gag in the show but there's something wonderful about seeing an elderly man hurl abuse at an 8-year-old psychotic boy.

We didn't have to understand what he said. All we needed was this. Oh my god....

Move over Celine Dion, Bryan Adams and Ugly Bob because Canada belongs to these two. 'Asses of Fire' and 'Not Without My Anus' are classics. 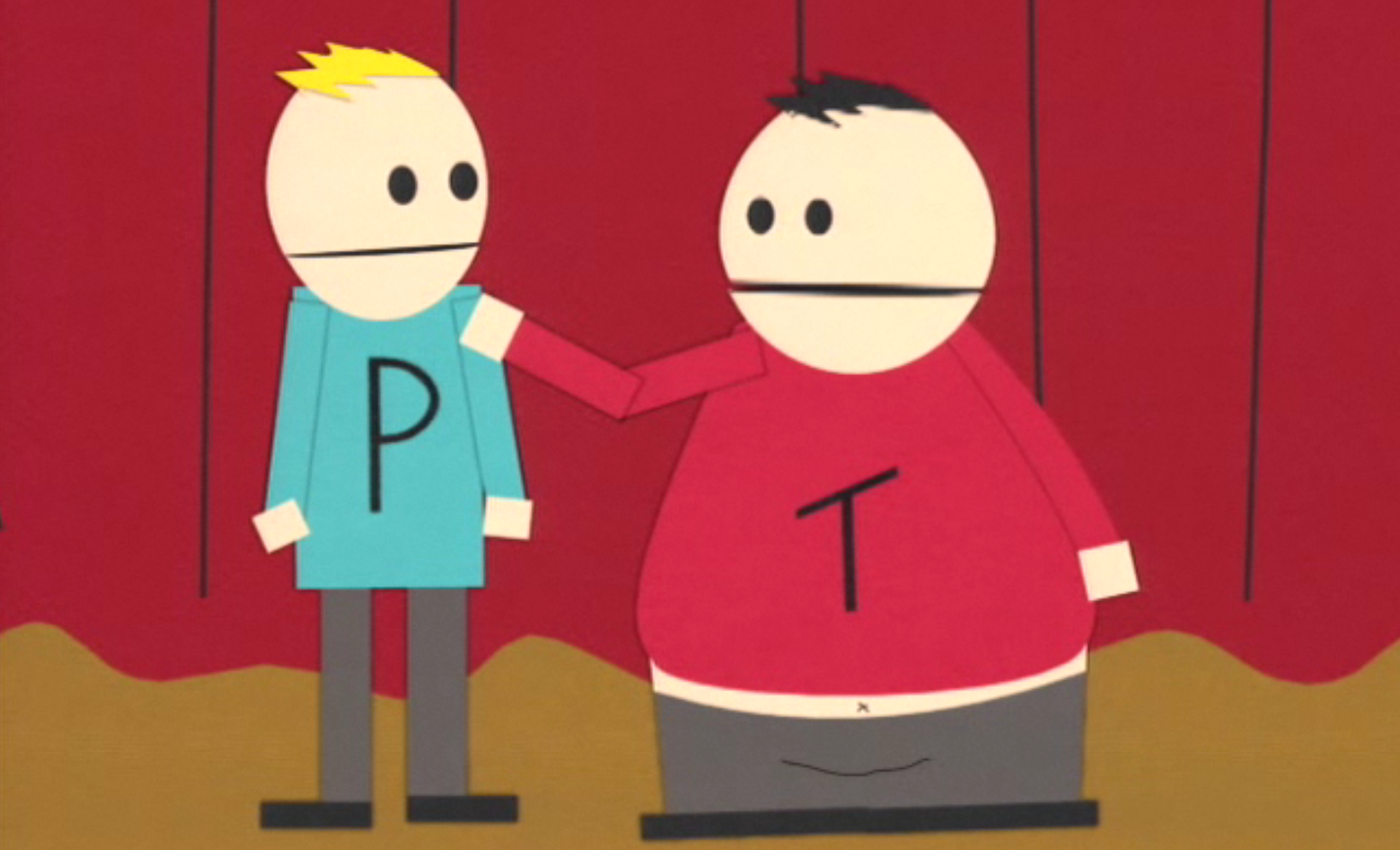 He's happy to be known as the worst character of all-time but he also knows the melody of Funky Town inside and out. Wanna get high?

This reply to Clyde's answer still cracks me up.

Matt Stone's alter ego is probably the main voice of reason in the show. Then again, his dad is a dolphin.

Trey Parker's alter-ego is the smartest person in the show. Then again, he pukes anytime that he sees his girlfriend.

Hamburgers! The episode involving the breakdown of his parents' marriage is one of the most insane and uncomfortably funny episodes of TV that you'll ever see.

Yes he's bi-curious and has some killer tap-dancing skills but you have to admire someone that managed to cover every inch of his house in shit just to get revenge on his parents.

Paris Hilton will testify to his brilliance although he's a grounded bear.

We all have our favourite Cartman moment but for me it's the sheer lunacy of this one. He doesn't care that a man just died, all he's focused on is proving Kyle wrong.

To quote the man himself 'I'm the best' and I've already written a piece as to why he's a TV great but this clip has taken on a life of itself.

So what do you think? Is there anyone that we left out?

popular
Witnesses of indecent exposure incident during Ashling Murphy online vigil urged to contact Gardaí
Large crowds gather outside Tullamore courthouse as man charged with murder of Ashling Murphy
Amazon Prime Video has quietly added 18 big releases to its library
60 jobs available on Stena Line with 50% of your time spent not working
Here's the line-up for this week's Late Late Show
An incredibly tense real-life disaster is among the movies on TV tonight
A gripping '90s thriller is among the movies on TV tonight
You may also like
3 days ago
One of the greatest Marvel movies ever is among the movies on TV tonight
6 days ago
Tim Allen returning for The Santa Clause series on Disney+
6 days ago
Oh, boy! Quantum Leap is officially getting the reboot treatment
1 week ago
Netflix has a new entry in its top 10 most-viewed original shows of all time
1 week ago
COMPETITION: Kick off 2022 right by winning a €200 One4All voucher
1 week ago
The return of a horror icon and 7 more movies and shows to watch this week
Next Page