A real-life Squid Game is happening... presumably without all the murder

Unless you've been living under a rock, you'll know that Netflix survival thriller Squid Game is essentially the biggest TV event of 2021.

The show is a smash, breaking records for the streaming platform and capturing the hearts and minds of a global audience. It's even resulted in a lawsuit because of a massive surge in online traffic.

END_OF_DOCUMENT_TOKEN_TO_BE_REPLACED

Oh, and while you're here, be sure to take our Squid Game quiz.

But what would a real Squid Game look like? Brutal, one presumes. But maybe not, so long as all the, y'know, murder stuff was set aside in the name of good, clean fun.

Fans of the show in Abu Dhabi will do their very best to recreate the series – again, within reason – this week.

On Tuesday, the Korean Cultural Centre in the United Arab Emirates will host a reenactment of several of Squid Game's unique challenges for two teams of 15 people, including Red Light, Green Light and the Dalgona Candy games.

There'll also be a marble-based challenge, one that will hopefully prove a touch less emotional than episode six of the show, which left many a viewer – hello! – reduced to a sobbing husk of a human being.

END_OF_DOCUMENT_TOKEN_TO_BE_REPLACED

Oh, and that annoying-looking paper-flipping game that Seong Gi-hun plays by way of an audition will also feature.

The games will be played in two-hour tournament-style sessions. Anyone eliminated will be able to watch and cheer on from the sidelines.

As for the prize money? There's none. None at all! Just pride. And staying alive.

"The games seem a bit brutal in the series to maximise the dramatic element," he noted. 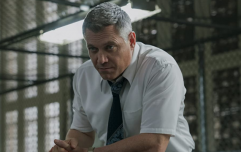 END_OF_DOCUMENT_TOKEN_TO_BE_REPLACED

"However, all the games in the show are popular ones played by Korean children from past to present. Just as K-Pop gained worldwide popularity through YouTube in the 2010s, I think platforms such as Netflix would be a channel for the global spread of Korean video content such as dramas and movies."

The Big Reviewski || JOE · The Big Reviewski with Dune, a mini-Hangover reunion & the best of Timothée Chalamet
popular
CONFIRMED: Nightclubs to open at 100% capacity, 11.30pm curfew has been removed
QUIZ: Can you name all the countries beginning with L?
HBO announces a new Sopranos series is in the works... kind of
How to lower your cholesterol - 5 really handy tips
Here's the lineup for this week's Late Late Show
Brian Laundrie: 'Strong probability' remains found belong to missing fiance
Warning issued over jelly sweets containing cannabis ahead of Halloween
You may also like
1 week ago
The return of Succession and 10 more movies and shows to watch this week
1 week ago
Netflix renews You for fourth season ahead of season three's premiere this week
1 week ago
Squid Game creator opens up on his plans for season two
1 week ago
Squid Game is officially Netflix's biggest ever series launch
1 week ago
Netflix co-CEO not going to remove Dave Chappelle comedy special amid ongoing criticism
5 days ago
The new Scream and 5 more big trailers you might have missed this week
Next Page