The Dublin Film Festival always brings the stars to the capital.

In case you missed it, we picked out our 18 picks of highlights of the festival, which you can check out right here. 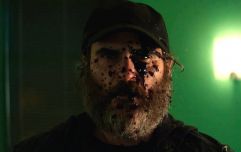 END_OF_DOCUMENT_TOKEN_TO_BE_REPLACED

As we get closer to festival however, more and more famous folk will be added to guest-list, and today two more biggies have been confirmed.

Set in the Holy Land in the first century, Mary Magdalene is the story of a young woman (Mara) who leaves her small fishing village and family to join a new movement. Inspired by its charismatic leader, Jesus of Nazareth (Phoenix), and his teachings, Mary sets out with the disciples on the journey to Jerusalem, where she finds herself at the centre of the founding story of Christianity.

The movie also stars Chiwetel Ejifor (12 Years A Slave) as Peter and Tahar Rahim (A Prophet) as Judas, and is directed by Garth Davis (Lion).

You can tickets to the screening here, and watch the trailer below:

popular
The 50 most iconic songs of all time* have been revealed
Bus Éireann’s service from Dublin to London will restart this week
Amazon Prime Video has just added 51 big movies to its library
Gardaí unveil new Armed Support Unit vehicles to replace older models
QUIZ: Name all of these characters from Hey Arnold!
Video: Nadal collapses during press conference
An action-packed thriller is among the movies on TV tonight
You may also like
6 months ago
Joaquin Phoenix's Oscar-winning clown is among the movies on TV tonight
2 years ago
Joaquin Phoenix pays tribute to brother River in Oscar acceptance speech
2 years ago
What should and what will win at the Oscars tonight
2 years ago
Joker live concert experience is coming to Dublin
2 years ago
WATCH: Joaquin Phoenix pays tribute to Heath Ledger as he accepts SAG award
2 years ago
Joaquin Phoenix odds-on favourite to win Oscar for Best Actor
Next Page