We're firmly of the belief that South Park is one of the smartest and most socially relevant shows of the modern era - despite the fact that we've seen the heroic Randy Marsh ride his own scrotum around like a space-hopper - and we're excited to see what Season 20 has in store.

We've already power ranked the best characters in South Park but one person that had an integral role in its early days was Isaac Hayes, more affectionately known as Chef. Three fiddy!

The late soul singer provided the voice of Chef as he dispensed sage advice to Kyle, Cartman, Stan and Kenny about making love and that "there's a time and a place for everything and it's called college".

END_OF_DOCUMENT_TOKEN_TO_BE_REPLACED

After the show famously aired an episode which made fun of Scientology, various different stories were being circulated about why Hayes left the show.  Some said that he quit over objections to the show's attitudes towards various religions, claiming that the show had crossed the line from satire into intolerance.

Matt Stone once suggested that Hayes practiced a double standard regarding the treatment of religion on South Park. "[We] never heard a peep out of Isaac in any way until we [lampooned] Scientology. He wants a different standard for religions other than his own, and to me, that is where intolerance and bigotry begin."

A more simplistic reason is that, at the time of his departure, Hayes had previously suffered a stroke and his decision to leave was influenced by this. Well, the truth is finally out.

In an interview with the Hollywood Reporter, Stone, Parker and Issac Hayes' son discuss the character of Chef and South Park's complicated relationship with Scientology.

END_OF_DOCUMENT_TOKEN_TO_BE_REPLACED

Isaac Hayes III
The son of the late soul singer says the role of Chef rejuvenated his father's career.

He was very reluctant to do it in the beginning because I don't think he understood it. But at that time he had younger people around him like his assistant, who really, really, really encouraged him to do it.

Parker We went and recorded him in New York when he was like, "What's this dumb little pilot thing I'm doing?"

Hayes III It takes a little bit of a risk to jump into something as controversial as South Park after coming from the years my dad grew up in. He was a very respectful guy and really didn't curse and never really put his brand in jeopardy like this. It really gave him a huge second act as an artist, and he was very thankful and proud of that. That was huge for him.

Stone Isaac was the nicest guy, and we had a really great working relationship.

END_OF_DOCUMENT_TOKEN_TO_BE_REPLACED

Hayes III It gave him an opportunity to feel a little love and admiration that I think he might not have gotten throughout those years while he figured out the changes in music. And it really opened up so many doors for him from a voiceover perspective. It gave him such a platform to continue to capitalize on as an entertainer. South Park was a blessing for him. It meant a lot to him, working with those people and having those types of relationships that he had. 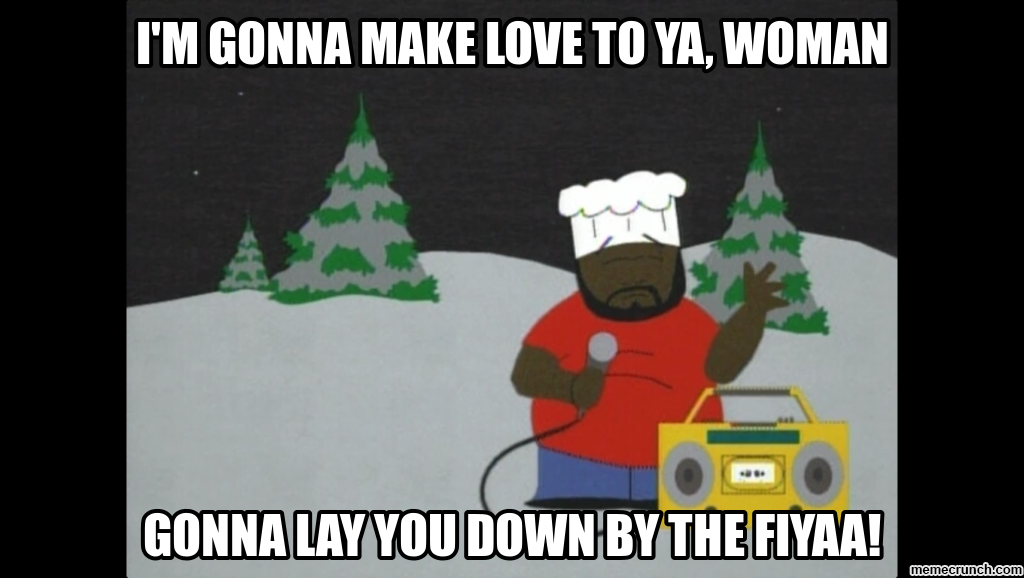 The Comedy Central executive who greenlighted the series.

I never heard from Tom Cruise's camp [about the infamous 2005 episode "Trapped in the Closet," in which the star is depicted hiding in an actual closet, refusing to get out], but we did our best to let everyone know that it was coming. I let the people over at Paramount [Comedy Central's sister company that has Cruise's Mission: Impossible franchise] know, gave them a heads up. But I think everyone understands Matt and Trey are going to do what they're going to do.

Stone When we did the Scientology episode, [Isaac Hayes, who was a Scientologist] came over, and I sat with him. It was like a day or two after, and it was pretty obvious from the conversation that somebody had sent him to ask us to pull the episode. It had already gone on the air, and we didn't tell him because we didn't want him to be held accountable. Plausible deniability. [Four months after "Closet" aired, Hayes quit the show via a statement, supposedly in protest.]

Hayes III Isaac Hayes did not quit South Park; someone quit South Park for him. What happened was that in January 2006 my dad had a stroke and lost the ability to speak. He really didn't have that much comprehension, and he had to relearn to play the piano and a lot of different things. He was in no position to resign under his own knowledge. At the time, everybody around my father was involved in Scientology — his assistants, the core group of people. So someone quit South Park on Isaac Hayes' behalf. We don't know who.

Stone We sort of figured out the whole picture a bit later, but that's totally what happened.

Hayes III My father was not that big of a hypocrite to be part of a show that would constantly poke fun at African-American people, Jewish people, gay people — and only quit when it comes to Scientology. He wouldn't be that hypocritical.

Stone It really sucked, the whole thing. This statement put out that he was quitting, it kind of called us bigots.

Parker But we knew in our hearts there was something way more rotten going on.

Now seems like the perfect time to give this track another spin.

popular
A gripping mystery thriller is among the movies on TV tonight
Public urged to be wary of sophisticated Revolut scam in operation in Ireland
New Netflix series looks like a must-watch for fans of Drive to Survive
'The Beast' apologises for storming off after losing on The Chase
The 50 most iconic songs of all time* have been revealed
10 years ago this week, Liam Neeson's best performance arrived in cinemas
QUIZ: We bet you can't get full marks in this extremely frustrating geography quiz
You may also like
2 days ago
8 great new (and classic) additions coming to Prime Video in February
6 days ago
The 10 must-watch new (and old) arrivals coming to Disney+ in February
1 week ago
The ultimate Friday night film and 6 more movies and shows to watch this week
1 week ago
David Jason says he wants to play Del Boy in Only Fools And Horses again
1 week ago
Peaky Blinders stage show debuting in 2022
1 week ago
One of the greatest Marvel movies ever is among the movies on TV tonight
Next Page