He might have no willie, but Eoin McLove isn't short of admirers. The singer of 'My Lovely Mayo Mammy' is the darling of auld ones up and down Craggy Island and he'll never run short of jumper-cakes.

On that note, he seems the perfect celebrity matchmaker at TedFest 2020 when it gets underway from Thursday, 20 February to Sunday, 23 February next year.

END_OF_DOCUMENT_TOKEN_TO_BE_REPLACED

Elsewhere, after stealing a whistle, telling Frosty to feck off and causing a global riot by reopening the Oasis vs Blur argument, Father Damo isn't exactly a champion of truth and honesty.

We all know that Frosty is "not the boss of me" (Damo) and he's very much his own man. Basically, he's perfect to host and rule over the annual Craggy Cup on Kilronan Beach.

Oh yes, we're all going to heaven lads, waheeey! In this case, for Father Ted fans, heaven is TedFest 2020 and the comic duo of Joe Rooney (Father Damo) and Eoin McLove (Patrick McDonell) will be in attendance for this year's event.

JOE has been reliably informed that Father Damo (Joe Rooney) will finally settle the perennial argument about which band is best – Oasis or Blur.

The annual Craggy Cup on Kilronan Beach, which has been a highlight of TedFest since it began in 2007, will also be hosted by Father Damo.

If Eoin McLove can stop eating the jam for two seconds, he'll be busy hosting a Craggy Island-inspired version of Blind Date.

In terms of the other ecclesiastical craic, revellers at TedFest 2020 can expect the following when they land on Inis Mór: Copious cups of tea and sandwiches, a lot of red tank-tops, nuns on the run, priests on the pull, madcap costumes and, of course, a bishop getting a kick up the arse. 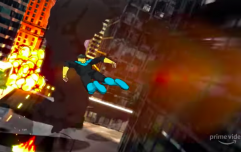 END_OF_DOCUMENT_TOKEN_TO_BE_REPLACED

"Visitors will enjoy all the fun that Craggy Island has to offer," next year's event promises.

"While the official itinerary for TedFest 2020 hasn't been announced yet, it has been confirmed that highlights will include the annual Lovely Girls Competition, Ted's Got Talent, the Father Ted Prizeless Quiz, the Craggy Cup, Priests Dance Off, Blind Date, The Old Grey Whistle Rave – Strictly Nuns in Neon and lots more.

"The music line-up is always a triumph at TedFest and Trad for Trocaire will surely bring out the dancing priests and raise some money for a good cause that won’t just ‘rest in our account’… but the question remains… Oasis or Blur?"

For those interested, more information on the event can be found here.

House of Rugby Ireland · Murray & Sexton debate, France's Covid hell and James Tracy interview
popular
QUIZ: Can you identify these world cities on a map?
TOWIE star Mark Wright is officially the worst player on FIFA 21
Dublin beauty salon owner arrested after reopening for second consecutive day
Galway Lotto players urged to check their tickets for unclaimed December prize
The full list of all the new shows and movies coming to Netflix in March
10 years on, the ultimate example of Great Trailer Terrible Movie has yet to be topped
Johnson & Johnson one-shot vaccine safe and effective, FDA finds
You may also like
3 days ago
QUIZ: How well do you know The Walking Dead?
4 days ago
20 of the best war movies you can watch at home right now
5 days ago
Season 3 of Drive to Survive coming to Netflix next month
5 days ago
WandaVision Episode 7 answers two of the biggest mysteries around the show
6 days ago
Here are the best movies on TV this evening
1 week ago
WATCH: The trailer for Channel 4's Caroline Flack documentary is here
Next Page