16 years ago today, the greatest TV show of all time began.

There are great TV shows and then there are some shows that have the ability to change the medium forever. The Wire, David Simon's sweeping epic about the war on drugs in Baltimore was just that and since premiering 16 years ago today, the beloved drama is rightfully regarded as the greatest show of all time.

Aside from being endlessly quotable and boasting an amazing array of characters and scenes, The Wire is still as powerful today as when it first aired because its themes and subject matter are absolutely timeless.

END_OF_DOCUMENT_TOKEN_TO_BE_REPLACED

Truth be told, picking a favourite moment is an impossible task. Who didn't get goosebumps during the standoff between Omar and Brother Mouzone? It's also impossible not to love that beautiful moment when Bodie and McNulty share lunch in the park and reflect on what makes them so different, and yet, so similar.

Elsewhere, scenes like Omar testifying against Bird, 'drunk Bunk' setting off the fire alarm after a one night stand, D'Angelo's demise, McNulty's efforts to drive home after a night on the lash and Stringer Bell's dramatic end are absolutely iconic.

This being said, we've opted for a scene that perfectly captures the complexity, heart and gut-punching humanity that defines The Wire.

After the first season of The Wire introduced us to the Barksdale crew, the city of Baltimore and Cedric Daniels' team that were responsible for bringing down a criminal empire, Seasons 2 and 3 took a whole different approach by moving its focus away from the drug-related crime that was destroying the low rise housing project known as "the pit" and the streets of Baltimore.

In Season 2, issues like social inequality, mass unemployment, industrial action, urban decay and the hazardous alliances between police-criminals-politicians- unions helped to consolidate the fact that The Wire was never going to be easily defined as 'just another cop show.'

Everyone has their favourite season but in my opinion, Season 4 will always be the pinnacle of the show because after the iconic Stringer Bell met his maker, the show had to go back to the drawing board. Actually, it went back to the chalk board. END_OF_DOCUMENT_TOKEN_TO_BE_REPLACED

The decision to structure the penultimate season around a group of childhood friends - Namond, Michael, Randy and Dukie -  was absolutely inspired.

On that note, one heartbreaking scene between Carver and Randy still resonates as the finest - and most heartbreaking - piece of TV that has ever been filmed, in my opinion.

A quick recap. As fans of the show will know, Randy is an enterprising student who is dependent on social services. During Season 4, he was an 8th grade pupil at Edward Tilghman Middle School and lived with a foster mother, Miss Anna, who instilled some discipline in his life.

After learning a piece of information about the murder of local drug dealer named Lex, Randy's school principal insists that he should talk with the police. This being said, Randy's teacher, the former police officer Roland "Prez" Pryzbylewski, is all too aware of the risks that come from any child that's a 'part of the system.' 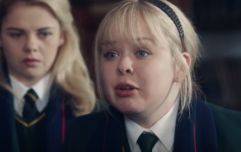 END_OF_DOCUMENT_TOKEN_TO_BE_REPLACED

Basically, if word gets out that Randy's a snitch, the streets will show him no mercy and they'll dish out their own form of brutal justice.

Sergeant Ellis Carver takes a vested interested in Randy's situation but what unfolds is one of the most heart-wrenching moments in TV history. After Carver becomes blinded by his desire to detect and prosecute anyone that's involved in the Stanfield organisation, he passes Randy's case over to his old partner, the bumbling Herc.

Sadly, during an interview with Little Kevin, Herc lets it slip that he learned about Lex's murder from Randy. The secret is out. 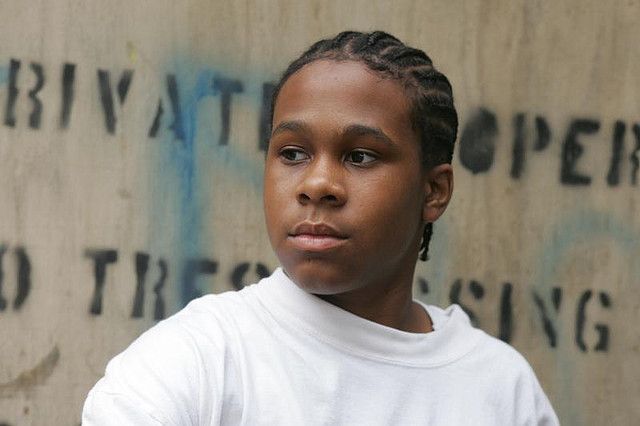 After being branded a snitch, Randy's foster home is burned to the ground as Miss Anna is hospitalised. With nobody to care for him, this promising, intelligent and decent kid is destined to become just another person that's chewed up and spat out by 'the system.'

What separated The Wire from every other show on TV is the level of empathy that David Simon and the writers have for every single character on the show.

It didn't matter if the person was a cop or crook, rich or poor, kingpin or squire, drug addict or suit-wearing politician because ultimately, everyone is viewed through the same moral lens.

In the case of Randy, it's clear that Carver can already see what's going to happen to this young boy and there's nothing that he can do to stop it. The system always wins because as Bodie famously said: "This game is rigged, man."

In strictly acting terms, this entire scene is stunning as Seth Gilliam (Carver) parks the bombast, confidence and swagger that defined his early days a a cop on the street. This is the moment when Carver grew up as he realised that his actions - despite being for a good reason - can have devastating consequences.

The futility, sadness, and quiet rage from Randy (Maestro Harrell) are absolutely heartbreaking because we can all see what's coming down the tracks for this young man. Even after Carver offers to adopt Randy and become his legal guardian, social services state that there's nothing that can be done to help him.

Here's why The Wire is so amazing.

In the next few episodes, we see Carver dropping Randy off at his new foster home and the police officer can't even stand to even look at himself in the rearview mirror.

After talking to the police , Carver knows that this kid is now going to have a bullseye on his back for life but the only way for him to get rid of that is to 'toughen up' and potentially enter a life of violence and crime.

When we last see Randy, it's clear that any semblance of the precocious, enterprising and optimistic kid is now gone.

This may be a failure of the system, but it is also Carver's fault. He didn't pay close attention to Randy's situation until it was too late.

Doesn't it say so much that even one of the 'better' cops couldn't protect a kid from being 'just a number?"

When Bunk goes to see Randy in Season 5, it's clear that the system has chewed up another person because he's 'fronting up,' hard edged and even insults Bunk. That trademark smile has long since left his face.

Ultimately, what makes this moment so heartbreaking is that unlike the deaths of D'angelo or Wallace, Randy was never affiliated with any gangs, crime or  deals. He was just a kid.

Once a young, innocent, happy child; Randy has became yet another casualty of a flawed system and seems apathetic to everything around him.

16 years later, The Wire is still the king.

House of Rugby Ireland · Murray & Sexton debate, France's Covid hell and James Tracy interview
popular
574 new Covid-19 cases confirmed, 56 further deaths
Dublin beauty salon owner arrested after reopening for second consecutive day
Johnson & Johnson one-shot vaccine safe and effective, FDA finds
10 years on, the ultimate example of Great Trailer Terrible Movie has yet to be topped
Government looks set to abandon €9 substantial meal rule this year
QUIZ: Can you identify these world cities on a map?
The expiry dates of driving licences has been extended again
You may also like
3 days ago
QUIZ: How well do you know The Walking Dead?
4 days ago
20 of the best war movies you can watch at home right now
5 days ago
Season 3 of Drive to Survive coming to Netflix next month
5 days ago
WandaVision Episode 7 answers two of the biggest mysteries around the show
6 days ago
Here are the best movies on TV this evening
1 week ago
WATCH: The trailer for Channel 4's Caroline Flack documentary is here
Next Page