Paramount has just placed a date down for a third installment of the hugely popular A Quiet Place series.

According to Deadline, the film - which was first announced back in November 2020 - isn't necessarily going to be a direct sequel but will exist within the universe first explored in John Krasinski's sleeper hit. 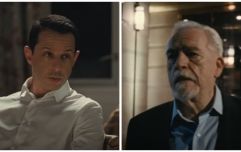 END_OF_DOCUMENT_TOKEN_TO_BE_REPLACED

Krasinski isn't going to be helming the film or even writing the screenplay.

Instead, the third entry in the franchise will take an idea of Krasinski's and flesh it out into a full script written and directed by Jeff Nichols.

Nichols has a number of critically acclaimed movies under his belt including sci-fi Midnight Special and coming-of-age drama Mud starring Matthew McConaughey.

Meanwhile, A Quiet Place Part II will debut on the big screen in Ireland on Monday, 7 June.

JOE was lucky enough to chat to one of its stars Cillian Murphy and among the many topics of discussion were upcoming sequels in the franchise.