The Oscar-winner is portraying Boris Johnson in the new limited-edition series available to stream this week.

At this point in his career, eight-time Oscar-nominee (and one-time winner) Kenneth Branagh is already seen as a living legend when it comes to movies and TV.

END_OF_DOCUMENT_TOKEN_TO_BE_REPLACED

And yet he still manages to surprise us with his career decisions, especially so with new limited series This England, in which Branagh is practically unrecognisable as Boris Johnson.

The five-part mini-series will document the first few months of Johnson's tenure as Prime Minister, from his handling of Brexit, to his reaction to the Covid-19 pandemic, as well as his much-scrutinised private life.

Sure to become a major talking point, the series is available to stream with a NOW Entertainment Membership from Wednesday, 28 September. 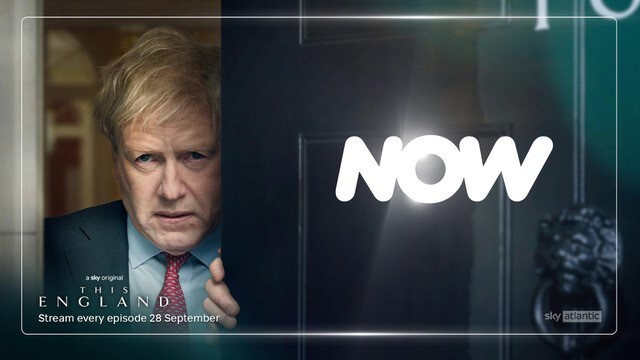 END_OF_DOCUMENT_TOKEN_TO_BE_REPLACED

The script for the series has been based on testimonies provided by people within the UK government, care homes and hospitals, including the Scientific Advisory Group for Emergencies.

Behind the camera, the series is co-written and co-directed by the legendary Michael Winterbottom, who famously gave us The Trip with Steve Coogan and Rob Brydon, 24 Hour Party People, A Mighty Heart and The Killer Inside Me.

All five episodes of This England are available to stream with a NOW Entertainment Membership from Wednesday, 28 September.