Chalamet is the second actor from Allen's latest movie to give away their salary.

Actor Timothée Chalamet has announced that he will be donating his entire salary from an upcoming Woody Allen movie to three charities, including the legal defence and sexual assault support service, TIME'S UP.

Chalamet - who shot to fame for his roles in Christopher Nolan's Interstellar and Luca Guadagnino's acclaimed Call Me By Your Name - had been criticised for working with director Allen on his upcoming film, A Rainy Day in New York. 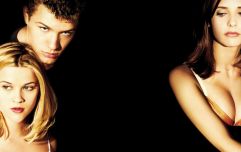 END_OF_DOCUMENT_TOKEN_TO_BE_REPLACED

This came after Allen's daughter Dylan Farrow alleged that the 82-year-old director had molested her as a child.

Writing on Instagram on Tuesday (16 January), Chalamet said: "This year has changed the way I see and feel about so many things; it has been a thrilling and, at times, enlightening education. I have, to this point, chosen projects from the perspective of a young actor trying to walk in the footsteps of more seasoned actors I admire. But I am learning that a good role isn't the only criteria for accepting a job - that has become much clearer to me in the past few months, having witnessed the birth of a powerful movement intent on ending injustice, inequality and above all, silence."

Having come under pressure to explain his decision to work with Allen, Chalamet said he was still unable to respond to these questions due to "contractual obligations".

However, he said: "I don't want to profit from my work on the film, and to that end, I am going to donate my entire salary to three charities: TIME'S UP, The LGBT Centre in New York and RAINN [Rape, Abuse, Incest National Network]. I want to be worthy of standing shoulder to shoulder with the brave artists who are fighting for all people to be treated with the respect and dignity they deserve."

Chalamet's statement comes one day after his co-star, Rebecca Hall said that she was donating her own salary from A Rainy Day in New York to charity. This was not the only recent public denunciation of Allen, after Ladybird director and actress Greta Gerwig publicly stated that she would never be working with the director again.

House of Rugby Ireland · Munster and Leinster's final showdown, card crazy and Pieter-Steph du Toit interview
popular
Two Irish cities named the friendliest in Europe by leading travel magazine
Met Éireann has issued a weather warning for seven counties
RTÉ confirms Eoghan McDermott will not be returning to 2FM
The 50 most iconic songs of all time* have been revealed
Happy 25th anniversary to the best mid-movie plot twist of all time
Michael Jackson fans are convinced he's still alive after spotting him in daughter's selfie
QUIZ: Which countries are home to the New Seven Wonders of the World?
You may also like
2 years ago
The Big Reviewski Ep7 featuring a horror hit, a movie miracle & win tickets to the Captain Marvel Premiere
2 years ago
Like it or not, the male harness is new fashion trend of 2019
2 years ago
WATCH: Saoirse Ronan tells Graham Norton a story about Shrek, Gerry Ryan and Florida
5 days ago
WATCH: Colin Farrell is in deep trouble in deep space in the first trailer for Voyagers
5 days ago
Turns out one of WandaVision's biggest solved mysteries hasn't actually been solved yet
6 days ago
WATCH: Eric Andre stars in new hidden camera comedy Bad Trip
Next Page