"Wars are not won by evacuation." 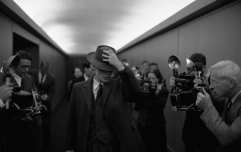 END_OF_DOCUMENT_TOKEN_TO_BE_REPLACED

Having proved himself with big budget, bigger-idea blockbusters, smart and exciting movies like Inception, Interstellar and The Dark Knight trilogy that all managed to make some serious bank, people were questioning why writer/director Christopher Nolan would take what initially appeared to be a creative step backwards with a straight-ahead war story, based on a part of World War II that we've all pretty much know inside and out.

Even the set-up didn't lend itself well to cinematic tension, as we all already knew how it ended, and what was movie-worthy about watching thousands of soldiers avoid a fight?

It turned out, of course, that we should never have questioned our faith in Nolan's abilities, as what initially seemed simple became incredibly complex, what seemed obvious became murky, and what seemed un-cinematic became the most cinematic movie of the year. 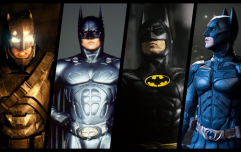 END_OF_DOCUMENT_TOKEN_TO_BE_REPLACED

Splitting his incredible cast of well-known legends and up-and-coming talents across three battlefields - by land, by sea, by air - and then splitting those across three time-frames - one hour, one day, one week - and then watching how each of these storylines split and then converge in on each other, and the effects of the actions in one can snowball into a reaction in another.

It is the big screen playground we've seen him tackle so well in his big blockbusters, but tied in with the tricksy storytelling we've seen him bring to the likes of The Prestige and Memento.

With a minimum of dialogue, instead he relentlessly cranks up the tension thanks to the fantastic performances he gets from his actors, the brilliantly gritty cinematography, as well as the always amazing soundtrack work by Hans Zimmer.

It is still the movie we recommend more than any other this year (except, maybe, Blade Runner 2049) that you watch on the biggest screen with the loudest sound system you can find.

popular
Two new 24-hour bus services are coming to Dublin
Jeffrey Dahmer’s dad thinks he knows what’s to blame for son becoming a serial killer
Power-ranking the House of the Dragon characters after THAT big fire
QUIZ: Test your knowledge with this Ultimate Friends Character Quiz
WATCH: HBO's The Last Of Us trailer is finally here and it is brilliant
€600 energy credits and free schoolbooks for children set to be announced in Budget 2023
An underseen disaster film is among the movies on TV tonight
You may also like
11 months ago
Ranking all of Christopher Nolan's movies from worst to best
11 months ago
Cillian Murphy confirmed to star in Christopher Nolan's next movie
2 years ago
"Oh God, all the responsibility is on me now!" - Tenet star Robert Pattinson on the pressure of having to nail a Christopher Nolan set-piece
2 years ago
The JOE Movie Quiz: Week 66
2 years ago
The JOE Movie Quiz: Week 53
2 years ago
Behold, the full official trailer for Christopher Nolan's Tenet
Next Page