Best of all, the first six episodes will be available to watch in Ireland very soon!

Getting to headline a major HBO show is always a sure-fire way to send you into the superstar stratosphere. These are shows that we usually see filled with major stars like Kate Winslet (Mare Of Easttown), Amy Adams (Sharp Objects), Nicole Kidman (The Undoing), and Reese Witherspoon (Big Little Lies). 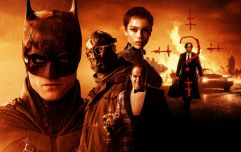 QUIZ: How well do you know The Batman?

END_OF_DOCUMENT_TOKEN_TO_BE_REPLACED

So for not one but TWO Irish stars to find themselves front and centre for HBO's epic new fantasy drama The Nevers, then we can't help but feel a swell of pride!

Created by Joss Whedon (Buffy The Vampire Slayer, The Avengers), who also directs some of the episodes, the story is set in 19th-century London, following a strange event that saw a giant unidentified object flying over the city. Soon afterwards, a small group of women discover they have been gifted with strange new abilities - from creating balls of flame to being able to see glimpses of the future - and they soon become known as The Touched.

Amalia (Belfast-born Laura Donnelly - The Fall) and Penance (Dublin-born Ann Skelly - Red Rock) travel around London, looking for fellow members of The Touched, hoping to bring them back to their safe-house where they can be free of the fear of the cityfolk, who believe The Touched have somehow been cursed.

It is a pretty fantastic set-up, mixing bits of X-Men and the Robert Downey Jr. version of Sherlock Holmes, but in the end still very much becomes its own thing. 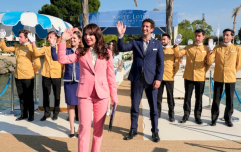 QUIZ: How well do you know The White Lotus Season 2 so far?

END_OF_DOCUMENT_TOKEN_TO_BE_REPLACED

The Los Angeles Times said that "The Nevers is a joy to watch and a thrill to follow. Supernatural realism, complex storytelling, fantastical powers and topical realties meet in this smart, suspenseful and colourful production. A litany of nuanced characters keep this otherworldly tale grounded."

Additionally, Variety's review of the show stated that "It’s a historical drama awash in lush costuming and production design. It’s a sci-fi epic unraveling the mysteries of the universe. It’s a screwball comedy and Harlequin romance starring quick-witted heroines, surly detectives and devastatingly handsome heirs. Even when it errs towards the silly, it’s fun and twisty enough to be an engaging page-turner of a show that should grow its own fanbase without much trouble."

Due to the pandemic, only the first half of the series was completed before the initial lockdown, but the final six episodes have since been completed and will be released later in 2021.

The first six episodes of The Nevers will be available to watch on NOW on Monday, 17 May.

You can get a seven-day free trial by heading here and stream The Nevers, as well as many other hit shows available on the service.

popular
The JOE Friday Pub Quiz: Week 324
The "eighth best movie ever made" is among the movies on TV tonight
Irish woman selected for first civilian mission around the Moon
15 years ago, one of the greatest scenes of the 21st century arrived in cinemas
New country-wide weather warnings issued as temperatures set to drop to -6 this weekend
Jennifer Lawrence sparks controversy by saying she was the first woman to lead an action movie
The start of the superhero takeover of Hollywood is among the movies on TV tonight
You may also like
3 days ago
Your friends in THESE counties are quickest to pay back money they owe, new study reveals
4 days ago
House of Peroni presents 5-course Sensory Supper in Café En Seine
1 week ago
5 very cool Guinness-themed Christmas gifts for the stout lovers in your life
1 week ago
5 deadly destinations for a last-minute city break this winter
1 week ago
18 very affordable gifts for your aul' fella or brother this Christmas
2 weeks ago
8 Irish Christmas markets and festivals you need to visit this winter
Next Page