Westlife are on Celebrity Gogglebox this week

The boy band that watches TV together stays together.

Things are going pretty great in Westlife World* these days.

The comeback officially kicked off proper at the start of the year with the release of 'Hello My Love' - their first single in eight years. 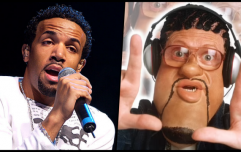 END_OF_DOCUMENT_TOKEN_TO_BE_REPLACED

There's an album on the way, and a two-night stand in Dublin's Croke Park next month to look forward to, but forget all that for a second; the boys are Celebrity Gogglebox-bound.

Yes, it's the big one as Shane, Nicky, Kian and Mark will sit down together in order to run the rule over pop culture via the prism of the television screen. 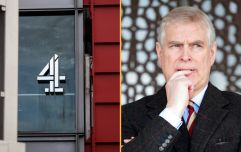 END_OF_DOCUMENT_TOKEN_TO_BE_REPLACED

But we all know what the real main event is, and you can catch Westlife kicking back and making snarky comments about Love Island (probably) this Friday on Channel 4 at 9pm.

*Not an actual place, but what a theme park it would make, eh?

popular
Wrestling legend Hulk Hogan 'paralysed from the waist down'
Harvard study reveals how many times men should ejaculate each month to stay healthy
Omniplex Cinemas are hiring for an awesome and very rare job
Prime Video has just added one of the best dramas of the last decade
Richard Madeley apologises after calling Sam Smith 'he' and bungling guest's pronouns
Police special operations unit seize mother's e-scooter after she took child to school on it
Parents left in shock after gorillas start mating in front of kids at zoo
You may also like
1 month ago
Matt Lucas quits Great British Bake Off role
1 month ago
Dissection of a woman's body to be shown on Channel 4 tonight in TV first
9 months ago
Channel 4 reveals surprise episode of Derry Girls set around Good Friday Agreement
9 months ago
Derry Girls creator admits she was nervous about some jokes in the new season
10 months ago
Ukrainian comedy series starring President Zelensky airing on Irish screens
1 year ago
WATCH: The first look at Derry Girls season 3 is here
Next Page