What a character: Why Colonel Carrillo from Narcos is a TV great

"My superiors say I play too rough".

You don't have to be an avid fan of Netflix's superb show Narcos to know that Pablo Escobar and his drug cartel absolutely terrorised Colombia during the late '80s and early '90s. At the height of his infamy, Escobar was responsible for an estimated 80% of the cocaine that was smuggled into the United States, turning over 60 million dollars a day, or 21.9 billion dollars a year, in personal income.

El Patron had enough finances, sicarios and informants to wage a war on Colombia in his bid to hold the country hostage. Who would stand up to the never-ending wave of terror, death and bloodshed that was flowing through the streets of Medellín? Colombia needed someone that was brave enough to fight fire with fire. 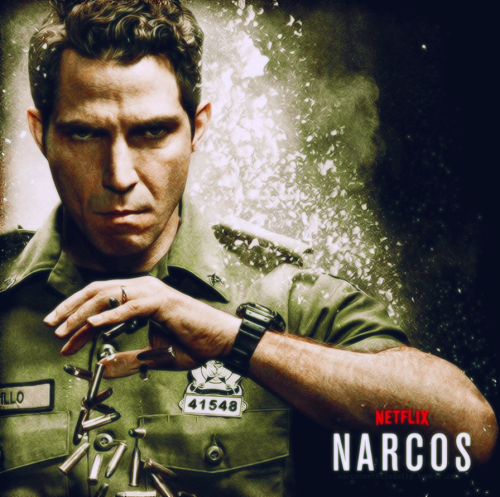 END_OF_DOCUMENT_TOKEN_TO_BE_REPLACED

"If you support evil, you are evil".

To begin with, the character in Narcos is largely based on two men who hunted Escobar in real life: Jaime Ramírez Gómez and Hugo Martínez (a character that's introduced in Season 2). If you've ever read the superb book Killing Pablo then you'll know that Narcos does take creative liberties with the truth, but for the purpose of this article, we'll only look at the show and the character that's played by Maurice Compte.

What makes a man want to continue a fight where he's up against insurmountable odds, knowing that he has everything to lose and nothing to gain from a never-ending war on drugs? To quote Omar from The Wire "a man must have a code" and in the case of Colonel Horacio Carillo, he's a firm believer in doing whatever it takes to catch Pablo Escobar.

Hour four of #Narcos. Horacio Carrillo is just what they need to catch Pablo Escobar methinks

END_OF_DOCUMENT_TOKEN_TO_BE_REPLACED

While El Patron's power rises, along with the body count of Colombian citizens and policemen in the streets, Carillo remains incorruptible to bribes, impervious to fear and incredibly committed to justice. This being said, he's not exactly what you would call a good guy, but then again, if you're job requires you to dance with the devil then it's very likely that you're going to be burned.

What makes Carillo so interesting though is that it's not just the war against Escobar that he's prepared to make a defiant and brave stand against. In his own words, he knows that "Americans have nothing to fear if the war turns nasty" and that "extradition is pissing in the wind".

In his mind, US foreign policy doesn't give two shits about dead Colombians or a society that's crippled by fear. Rivers of blood might be running through the barrios of Medellín, but he knows that the bureaucrats only care about one thing, money.

The leader of Search Bloc is pissed off because he knows that he's fighting a war that he can't win and he's doing so with one hand tied behind his back - the US are rarely 100% forthcoming with intel, the weaponry is inadequate and he's tired of sending young men to face certain death.

Would he ever think of quitting? Never. It's simply not in his code.

END_OF_DOCUMENT_TOKEN_TO_BE_REPLACED

This piece of dialogue is the finest indication that Carillo is the tough-as-nails, hard bastard antihero that Colombia needed.

Carillo: You should change your satellite phone.

Escobar: Who is this?

Carillo: Your mother's in Rionegro with that tub of lard you call your son. And your wife was at Carrera 11 today, shopping for clothes.

Escobar: You b*st*rd son of a bitch, you think that... What, you think because you're a cop I'm afraid of you or something?

Carillo: You know where my family is, fag, well, I know where yours is, too. Don't forget that.

Escobar: Gonorrhea b*st*rd son of a bitch. Why don't you take money like everyone else? I could have had you living like a king. But now, guess what? Time to kill your dad, your mom, your kids, your entire family, and you should be smart enough to realize I have each and every one of them under watch, you f*cking b*st*rd.

Carillo: Not everyone's for sale, Pablo. You just keep hiding, and I will find you.

How badass is Horacio Carrillo in #Narcos season 2 👦🏻🔫🔥💵🌮💥 @NarcosNetflix pic.twitter.com/oXQxDgXXXR

While Escobar's carefully cultivated image of a slumdog Robin Hood made him a popular figure with the poorest people of Medellin, his attempted assassination of presidential candidate César Gaviria Trujillo was the clearest indication of his true nature. Escobar didn't believe in concepts like negotiation, surrender or peaceful resolution. Simply put, he was a terrorist that wanted to make Colombia bleed.

Well, Carillo and his Search Bloc were capable of doing the exact same to Pablo's cartel.

Hanging criminals up like turkeys before torturing them, chasing down gangsters in the slums like a rabid dog, defying the CIA, showing incredible dignity after being exiled to Madrid, throwing people out of helicopters and most memorably, putting a bullet in the skull of an Escobar-loving teenager are just some of his finest moments.

Carillo may not have been the man that killed El Patron, but his brave and fearless work showed that Colombia would no longer be intimidated by Pablo Emilio Escobar Gaviria.

If Roy Keane was a TV character, he'd be Colonel Carrillo in #Narcos

Bruh I want a Colonel Carillo on my team for sure.... Dude just threw two guys out of a helicopter and didn't even think twice about it 😳😳

The Big Reviewski || JOE · The Big Reviewski with Dune, a mini-Hangover reunion & the best of Timothée Chalamet
popular
CONFIRMED: Nightclubs to open at 100% capacity, 11.30pm curfew has been removed
HBO announces a new Sopranos series is in the works... kind of
Two Gardaí assaulted during protest in Dublin City Centre
QUIZ: Can you name all the countries beginning with L?
How to lower your cholesterol - 5 really handy tips
Here's the lineup for this week's Late Late Show
The cast of Succession on shooting the next season in Ireland
You may also like
7 hours ago
The 10 must-watch new (and old) arrivals on Disney+ this November
1 day ago
The cast of Succession on the most ridiculously expensive scene in the show
1 week ago
The return of Succession and 10 more movies and shows to watch this week
1 week ago
5 of the best 2021 movies and shows on Disney+ you might have missed
1 week ago
Alan Quinlan: Young people on social media are "suffering in silence... it's very, very dangerous"
1 week ago
A great Irish horror is among the movies on TV tonight
Next Page