Fan of alternative rock, grunge etc.? Then you should tune into TXFM immediately.

Diehard Nirvana fans are probably aware of the fact that one of the most iconic albums of all-time, Nevermind, was released 25 years ago this weekend on September 24, 1991.

On its anniversary last year, we paid tribute to its brilliance by trying really hard (and creating much debate in doing so) to rank its five favourite songs, and TXFM are going one better today.

To celebrate Nevermind’s 25th birthday, TXFM are imagining what they would have sounded like had they been on air on September 24, 1991 by broadcasting iconic tunes from the era and not airing a single song that was released after that date. 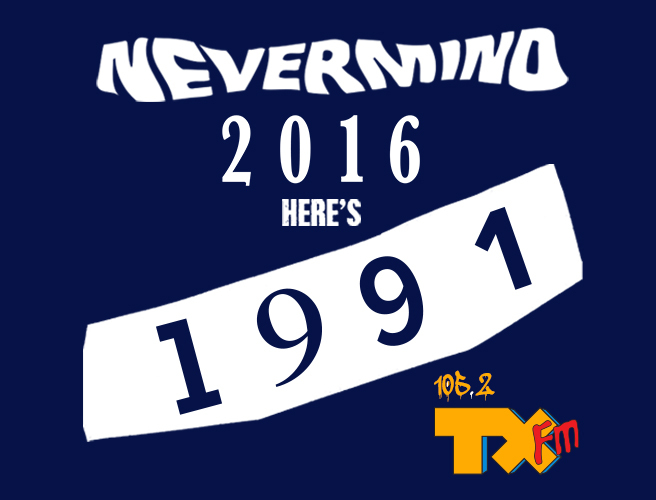 END_OF_DOCUMENT_TOKEN_TO_BE_REPLACED

And it’s not just the songs either. They’ll be reporting news that would’ve been relevant on the day and talking up bands that were about to make an impact in the early ‘90s.

Possibly the best thing about it all was that TXFM gave no prior notice of what they were going to today, but it didn't take long before #TXFM1991 was trending on Twitter and listeners in Dublin were quick to appreciate the trip down memory lane.

Even the news is from 91, this is fookin classic...literally #TXFM1991

Loving this @TXFMDublin. An anti-aging cream that really works. #TXFM1991 Thanks for the tip @ticketsolvers.

Since college graduation I've started to think how old I'm getting, so delighted for #TXFM1991 putting things into perspective, baby still

#TXFM1991 absolutely loving what you guys are doing today @TXFMDublin

I'm not sure if I should feel horrified or thrilled at my early 20's being played on the radio. #txfm1991

Listening to #TXFM #TXFM1991 what a golden era of music, great job guys, bringing me right back to my teens 👌🏻