Take, for example, his near-miss with the late, legendary Leonard Cohen. Many moons ago, the younger Butler saw Cohen strolling along Saint Laurent Boulevard in their shared city of Montreal. He didn't approach the man. To this day, he has no qualms.

Smiling down the barrel of the Zoom lens clad in sunglasses and a white jacket, Butler bears a passing resemblance to The Corinthian; a nightmare of particularly vicious teeth as seen in Netflix's recent adaptation of Neil Gaiman's beloved Sandman graphic novel series.

"It was so great just to see him," he says of Cohen. "I don't regret it at all. I wouldn't want to be some annoying dude going up to Leonard Cohen – 'I really like 'Suzanne'! – I hadn't done shit yet, what the fuck do I have to say to Leonard Cohen?

"It would have been great to play with him or have him watch my show or go to his show and connect on that level but honestly he meant so much to me that just seeing him in the city I had moved to... just someone of that magnitude, it's like... Leonard Cohen wasn't a celebrity. At all. He was just a fuckin' artist.

"He could make records that sounded like shit but the songwriting was so profound it transcends the recording. He was such a poet that whatever he was singing would just transcend. [Seeing him] made me feel like I was in the right place. This is my street I live on and if Leonard Cohen is cruising up it, I must be on the right street." 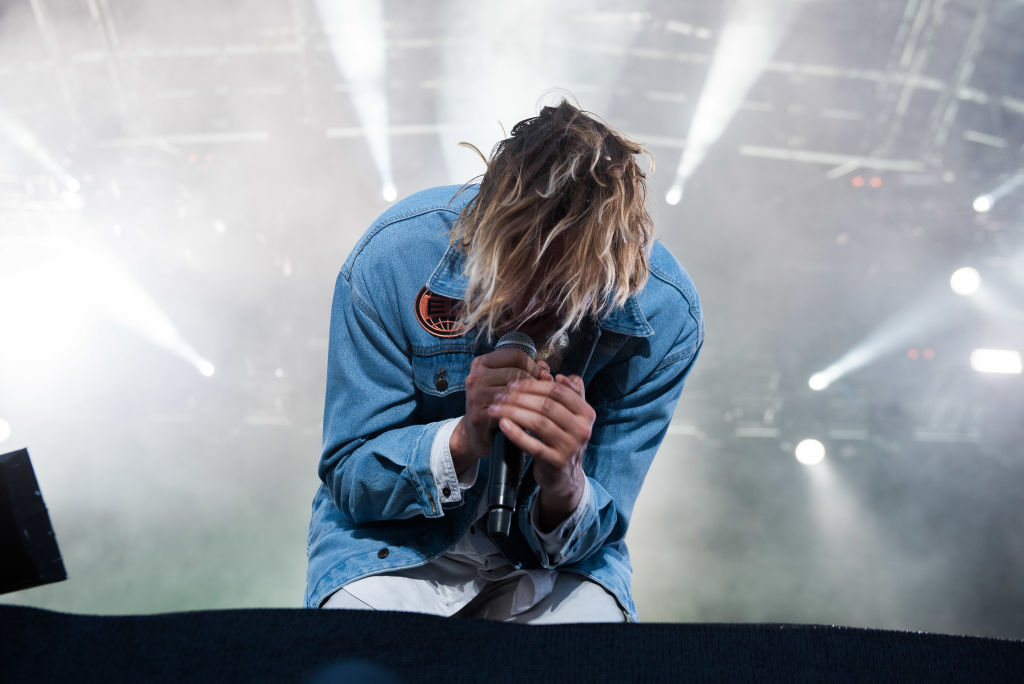 Cohen was a myth-maker and the myths indeed carry on in his name. Another part of musical lore – Arcade Fire's triumphant live debut in Ireland. Maybe you were there on the third of September, 2005. Stradbally. Electric Picnic. An all-time high.

Almost 20 years on, it stands as one of the most fabled experiences in Irish concert history. The stuff of perhaps exaggerated legend. A regular refrain when people are asked to reveal their favourite ever gig. A cast of increasing thousands. The kind of once-in-a-lifetime explosion that people claim to have been there for even if they actually weren't.

“I was there,” Butler laughs. “I can promise you that.”

"The crazy thing about that was that we had never played Ireland before. Our record [2004's Funeral] came out in the US but we didn't have a record deal overseas. Our record didn't actually come out in the UK and Ireland until at least six months if not a year after it had already come out, but people had been buying it on import and living with it.

"It sort of had this underground life where people were hearing it because someone would hear it and tell someone else and they would go get it. It was so organic and so real. It had nothing to do with social media, really. People were turning other people onto it and by the time we played Ireland, like a lot of places – like the first time we played London, we were in this tiny club. We started playing to about 10 people and [eventually] it grew to thousands.

"But we toured so hard and every fuckin' show we played, we played like it was the end of the world. If five people were there, we fuckin' played as hard as would if there were 50,000. We're just built like that. If we're going to play, we're going to fuckin' give it everything we have. By the time we got to Ireland, we were playing in the afternoon and the audience started singing 'Wake Up' like 45 minutes before we even went on the stage." 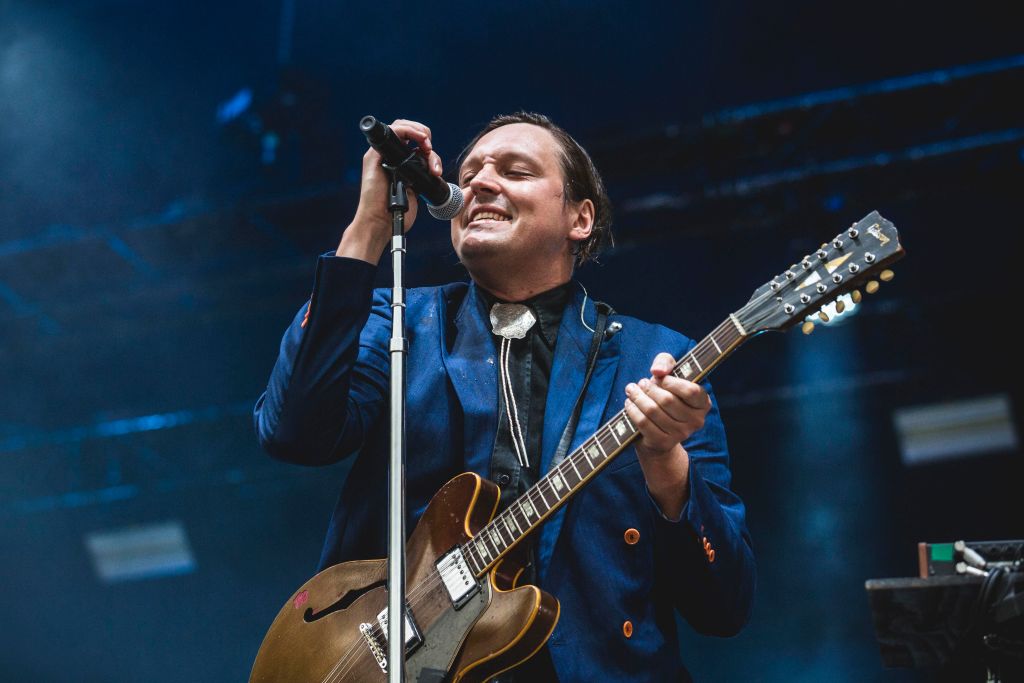 Butler takes a moment to recall turning to his bandmates, bemused.

"We were backstage and we were like, 'What the fuck is that sound?'. We just heard 'Ohhhh-ohhhhhhhhh!' – and we'd never played in Ireland before. Not one note. And people were singing this song! At that point we were closing the show with it, but people were already singing it so we were like, 'Alright, well, I guess we're fucking opening with that one!'."

Cue a hastily-applied marker to the 10-song set list and, once the band finally made their appointment, pandemonium.

"We came out and the second we hit it, every single beer... I just saw grown men crying and this rain of fuckin' beer and people screaming. Just energetically, like, I don't fucking know exactly what it is, where that connecting point was, but honestly I just think it's something in the melody, something in the spirit of the music that just connected to something deeply with that audience.

"We've always had a really special... it's always been a kind of profound relationship that we've had with the Irish audience. I don't know what it is, but it's real. Honestly, from the second we stepped foot on Irish soil we were like, 'Oh shit, this feels [different]' – I feel like U2 felt, in a weird way, in reverse, when they went to the western US and felt some sort of real relationship there, which is why Americans fuckin' love U2.

"It doesn't always work that way. Sometimes, in music, there's a connection in place that's really real and really deep. It's not superficial. America is such a melting pot and such a soup. Half of the people in our band have Irish lineage at some point down the chain. These songs that people have been singing to their children for hundreds of years – there's this deep sense of melody and connection. I don't know what it is; it's just the magic of music, I guess." 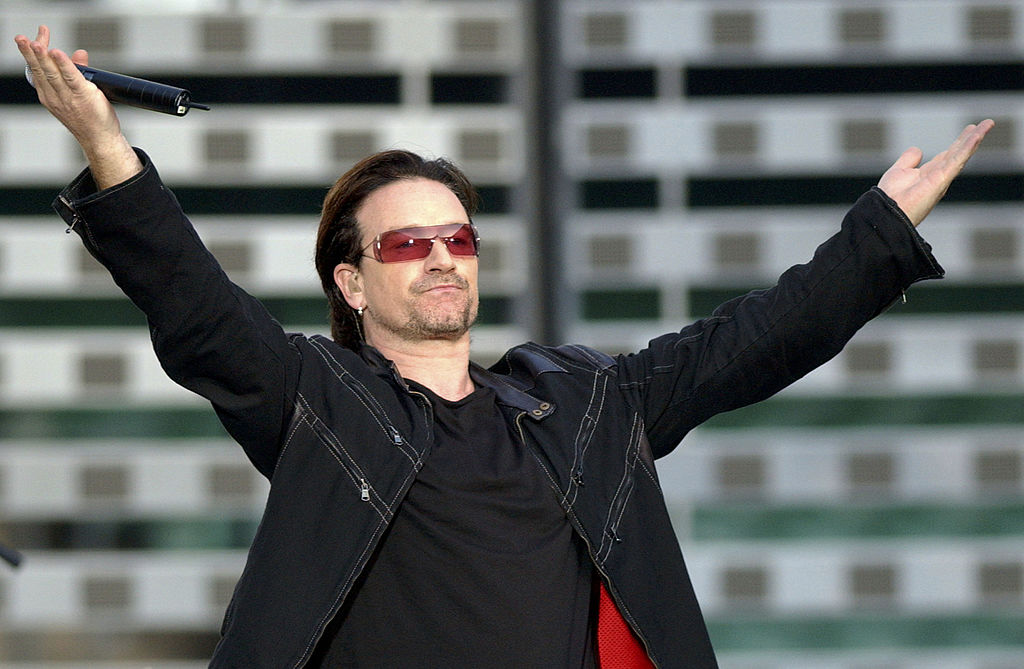 He's right. Americans do love U2. And yet, despite the band's stratospheric success, they're arguably a somewhat divisive proposition in their native Ireland. Or perhaps that's just Bono. Either way, everyone's got an opinion. What do they mean to Butler, given U2's vocal championing of Arcade Fire during the mid-2000s?

He notes that the first ever gig he went to was, in fact, a U2 show at the Astrodome in Houston, Texas, where he grew up. Though he was raised by a family of skilled musicians, getting out there and experiencing a major gig in the flesh wasn't exactly an every-day occurrence in his youth.

"So, the first really big show I went to [was U2] and it was interesting because I'd always heard their music and knew their music but I feel like my connection with them was almost that I was influenced in a lot of ways by a lot of the same things that they were. My musical tastes sort of skipped a generation. I ended up gravitating towards Bowie and some of the same stuff that I think they listened to when they were teenagers.

"I hear some bands and they're just aping U2 or they're aping Radiohead – 'I like this band so I'm just gonna do what this band does' – and I think for us, it was more like the shit that we liked and moved us was the same shit that they liked and moved them. It's not like a caricature or copy.

"I've talked with Bono about seeing The Clash for the first time and how that changed his life. The Clash changed my life. I didn't even see the fuckin' Clash and the shit they did was so powerful that it still changed my life. The echoes. They never got nearly as big as U2 but they definitely put a flag in the sand that was like, 'This is how you fuckin' do it, if you're gonna bother to do it'. 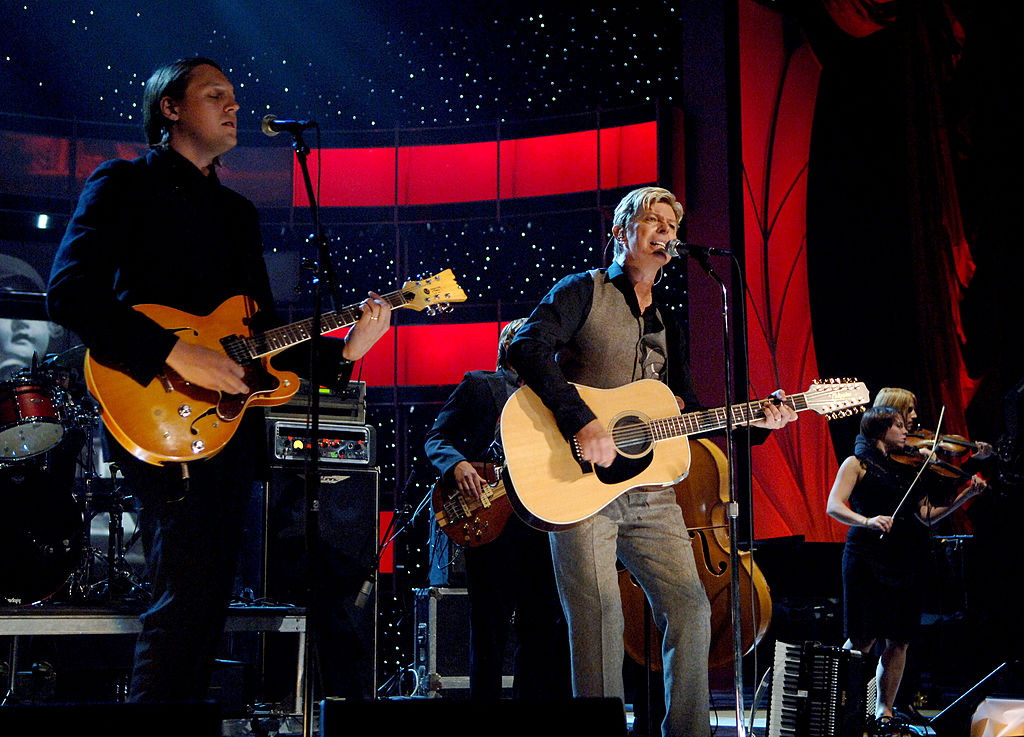 "And it was sort of the same when I met Bowie," Butler continues, nodding to one member of what he refers to as a "murderer's row of heroes" that Arcade Fire has been able to collaborate with across the band's own storied career.

"We bonded over our love of '50s music and The Walker Brothers and Motown and soul music – all this shit that I was into from being an American and stuff that I gravitated to naturally. It was almost like I got into him because I was into Dylan and The Velvet Underground. It wasn't this sort of fanboy relationship. We would both be fanning out about The Velvet Underground and Lou Reed and being like, 'Holy shit, how the hell did they do that?'.

"It's more like meeting a professor or meeting someone with similar interests. I think Bono realised at some point that he was going to be an avatar to people, anyway, so he might as well try to do something useful with it.

"I've never even touched one iota of that level of fame and I wouldn't really want to but if you're going to bother to be that famous, you might as well try to do something useful... if people are going to hate you, anyway!"