The rapper had been due to headline on Friday night.

A$AP Rocky will not perform at Longitude as scheduled on Friday night (5 July) due to being detained by Swedish authorities.

The 30-year-old rapper had been set to headline night one of the Marlay Park festival, but he was arrested on suspicion of assault following a street altercation in Sweden earlier this week.

As of Friday afternoon, Longitude has confirmed that he will no longer be appearing.

"Due to the Swedish authorities decision to continue to detain A$AP Rocky he will no longer be able to headline Longitude tonight," confirmed a statement issued on Twitter.

"It's not all bad news though, we are delighted to announce that Ski Mask The Slump God will close the main stage tonight instead!"

⌁ UPDATE Due to the Swedish authorities decision to continue to detain A$AP Rocky he will no longer be able to headline #LONGITUDE2019 tonight.

It’s not all bad news though, we are delighted to announce that Ski Mask The Slump God will close the main stage tonight instead! pic.twitter.com/vhoQkPnKHO 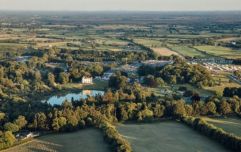 END_OF_DOCUMENT_TOKEN_TO_BE_REPLACED

A$AP Rocky is the latest high profile name to pull out of the festival.

Two weeks ago, original Saturday night headliner Chance the Rapper was swapped out in favour of Stormzy, while Lil Uzi Vert was replaced by Pusha T, who is scheduled to perform at 3pm on Friday.

As things stand, Sunday night headliner Cardi B is still scheduled to perform.


popular
Here are Ireland’s favourite takeaways, as per the National Takeaway Awards
Met Éireann forecasts risk of sleet and possibly snow in parts of Ireland this weekend
New documentary series examines three brutal murders and a mysterious satanic cult
QUIZ: Week 16 of JOE's 19 in 90 quickfire quiz is here
Maria Bailey has announced she will not run in the general election
QUIZ: How many of these Recess characters can you name?
Noel Rock asked for less alcoholic beer to be sent to the Mansion House just as his Fianna Fáil rival was elected Lord Mayor
You may also like
1 month ago
Kendrick Lamar, Charli XCX and Aitch among first wave of acts announced for Longitude 2020
2 months ago
Pubs across Ireland are taking part in an Irish Single Pot Still Whiskey Week
3 months ago
A Christmas-themed wine and cheese festival is coming to Dublin
3 months ago
Foodies rejoice, the DublinTown food and drink festival returns this month
4 months ago
Organisers report “wonderful improvement” in post-festival state of Electric Picnic campsites
4 months ago
There's a new food festival coming to Dublin
Next Page