Killdren were due to play the Shangri-La stage.

A band whose lyrics supposedly call for listeners to "kill Tory scum" have been dropped from this year's Glastonbury line-up.

Two-piece punk act Killdren were due to play the beloved Shangri-La area of the festival, but have now been removed the bill after the lyrics to their song 'Kill Tory Scum (Before They Kill You)' has come under fire.

The band claim the song is "satirical".

In a statement, the organisers of Shangri-La confirmed that the band had been book independently of the Glastonbury Festival.

"We in no way condone violence and will not allow this matter to overshadow the incredibly inclusive spirit of Glastonbury, and as a result, we have taken the decision to withdraw the booking of the band."

Chief executive of the Jo Cox Foundation, Catherine Anderson, told the BBC that the lyrics were "completely abhorrent".

"The direct incitement of violence and abuse, on any platform and in any sector, is wrong and something that we absolutely reject," Anderson continued. "We're seeing a legitimising and normalising of harmful words and actions, and this is leading to a decay in our shared language and ultimately our values, and that concerns us very much." 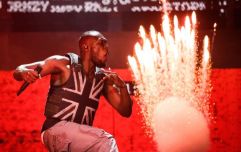 There was a huge reaction to Stormzy's incredible Glastonbury headline set

END_OF_DOCUMENT_TOKEN_TO_BE_REPLACED

The video does, however, include a disclaimer saying that the band does "not condone the killing of MPs or voters. Unless they are Tories, whereby they should be murdered at the ballot box, by voting. OBVIOUSLY."

The description of the song on YouTube calls it "satirical discourse," and the video concludes with a message calling Conservative cutbacks "acts of violence, by the state, against the people."

The band have also responded with a statement on Twitter

#4 – the IPPR thinktank reported that up to 130,000 preventable deaths have occurred as a result of Tory austerity measures

House of Rugby Ireland · Ireland's feel-good win, Casey's initiation song, scrapping Sexton and Scott Williams interview
popular
Eoghan McDermott to leave RTÉ after six years (Report)
€17,500 worth of cocaine found at street party in Limerick
Sony are giving away a free game to all PS4 and PS5 owners
One man has been charged following Limerick street party, 50 FPNs issued
WATCH: Michael B. Jordan leads Jack Ryan spin-off Without Remorse
Robbie Williams to be played by CGI monkey in biopic based on his life
NUIG students told to write 2,000 word essay for breaching Covid rules
You may also like
2 years ago
Kylie announced for the 'Legend Slot' at Glastonbury 2019
2 years ago
Ed Sheeran's list of backstage demands at Glastonbury is very ordinary
3 years ago
The founder of Glastonbury has given Oasis a big, Glastonbury-sized reason to re-form
3 years ago
Ed Sheeran responds to those who criticised aspects of his live show at Glastonbury
3 years ago
One comment from Katy Perry has pissed off a lot of Scottish people
3 years ago
There were the best, and funniest, flags at Glastonbury 2017
Next Page