What's better than one Dave Grohl?

Seven of them, apparently. 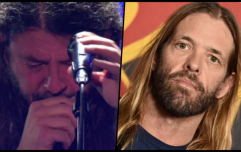 END_OF_DOCUMENT_TOKEN_TO_BE_REPLACED

The Foo Fighters frontman has unveiled the most ambitious undertaking of his career to date, boasting a brand new 23-minute song.

As previously noted, Play is a short film in two parts, celebrating the rewards and challenges that come along with dedicating one's life to playing and mastering a musical instrument.

Part one opens with narrated behind the scenes footage featuring discussion of the love of playing music, while detailing the process of capturing a unique performance. 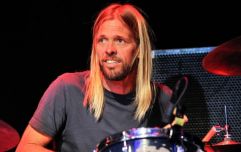 END_OF_DOCUMENT_TOKEN_TO_BE_REPLACED

"It's not something that you ever truly master. You're always chasing the next challenge, and you're always trying to find a way to improve on what you've learned."

Check it all out below.

popular
Harvard study reveals how many times men should ejaculate each month to stay healthy
Colin Farrell shouldn't win the Oscar this year
Conor Mcgregor hit by car ‘at full speed’ while cycling
Netflix has just added one of the best sci-fi movies of recent years
Parents left in shock after gorillas start mating in front of kids at zoo
The 50 most iconic songs of all time* have been revealed
Forspoken breaks the golden rule of gaming... and not in a good way
You may also like
1 year ago
Dave Grohl speaks about how a trip to Kerry inspired him to set up Foo Fighters
1 year ago
Foo Fighters troll the Westboro Baptist Church via drive-by disco
2 years ago
Foo Fighters are touring this summer and an Irish gig is looking very likely
3 years ago
Foo Fighters to tour Europe next summer
3 years ago
Foo Fighters drummer Taylor Hawkins is teasing some big plans for their 25th anniversary
3 years ago
WATCH: Foo Fighters cover three Thin Lizzy classics in tribute to Phil Lynott's 70th birthday
Next Page