The greatest artists of all time are remembered for more than their music. They're remembered for their impact. And Stormzy and Dave are making an impact, whether people want to accept it or not.

When you think of the greatest musical artists of all time, the music itself is not always the thing you remember most about them.

It's often about impact.

END_OF_DOCUMENT_TOKEN_TO_BE_REPLACED

Did they represent a particular era? Did they capture the thoughts of a generation? Did they convey an important message through their music?

For most of the biggest artists in the world at the minute, you'd have to say the answer is no to the above questions.

Without sounding too 'old man yells at cloud' about the whole thing, a lot of the most popular chart music isn't about anything at all. It just sounds good to the majority of (young) people, and they want to listen to it over and over again.

But the youth of today are living in strange times. UK voters below the age of 30 voted massively to remain in the EU, and for Labour in the 2019 election. But they were outnumbered by those years above them.

They are trying to be heard, but they aren't being listened to.

Stormzy has used his massive platform as one of the biggest artists in the world to convey an anti-Brexit, anti-Tory political message.

END_OF_DOCUMENT_TOKEN_TO_BE_REPLACED

There isn't a teenager in the UK and Ireland who hasn't heard the lyric 'I can never die, I'm Chuck Norris. Fuck the Government and Fuck Boris' at some point in the past year.

Whether or not you agree with the sentiment, at least he's trying. He feels strongly about something, so he's put it in his music. This shouldn't be rare, but it is. It shouldn't be seen as brave, but it is.

Then you've got his breathtaking performance at the BRIT Awards in 2018 where he rapped: "Yo Theresa May, where's that money for Grenfell? What, you thought we'd just forgot about Grenfell? You criminals. And you've got the cheek to call us savages, you should do some jail time. You should pay some damages. We should burn your house down and see if you can manage it, MPs sniff coke, we just smoke a bit of cannabis." 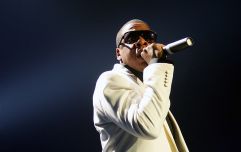 END_OF_DOCUMENT_TOKEN_TO_BE_REPLACED

A moment that should go down in musical history.

Stormzy isn't alone on this crusade either, and despite him only being 26 years of age, a man five years his junior is doing something very similar, on a slightly smaller scale.

At Tuesday night's BRIT Awards, 21-year-old rapper Dave was performing his song 'Black', when he remixed the original song and added new lyrics on the night.

He rapped: "And if somebody hasn't said it. Equality is a right, it doesn't deserve credit. If you don't wanna get it, then you're never gonna get it. How the news treats Kate versus how they're treating Megan... It is racist, whether or not it feels racist. The truth is our Prime Minister is a real racist."

.@Santandave1 had got something to say. This man is one of a kind. #BRITs2020 pic.twitter.com/eRwrSyuJnh

Dave has already touched on his thoughts on Theresa May and Boris Johnson in his music, but doing it on national television is a different beast.

Depressingly, Dave is now being abused online for his comments about the Prime Minister. He's also being criticised for having a song about the struggle of growing up black in Britain, because 'if a white man made a song called 'white' he'd be called a racist'.

He's being urged to 'stick to music', the same way footballers are told to 'stick to football' during extremely rare instances of them talking about any serious issue.

Telling artists like Stormzy and Dave to 'stick to music' makes even less sense than that though. That's exactly what they're doing. They're just talented enough to actually get a powerful message across when they rap. This is them sticking to music.

People are happy to let these rappers do their thing, make their music and make their money. But the second they begin to challenge the status quo and talk about things like politics or mental health, they are told to get back in their box.

It is the same attitude that punishes black football players for having any sort of personality, but praises the likes of Zlatan Ibrahimović for being a 'character'.

In a world where young people are inevitably going to look up to musical artists, it is a relief that they are being encouraged to get involved in politics. To question things. To be an individual. To stand out. It's just a pity that more artists don't have the bottle to do the same.

We aren't praising these men for their opinions, or even necessarily agreeing with them. We're praising them for using (and risking losing) their platform in an attempt to better society, instead of wasting it. All while making amazing, powerful music.

There is a Stormzy line that sums up his thoughts on activism and music: "When I take a stand they say I'm ruining my brand, but I could never give a fuck, that's just my duty as a man. So if I go on stage at BRITs and tell the PM she's a bitch then that's exactly what it is and I don't want no bloody stripes for it. Mummy always said if there's a cause then I should fight for it."

And Stormzy and Dave are making an impact, whether people want to accept it or not.