Fianna Fáil's answer to Calvin Harris, Trevor Gilligan has returned with a brand new Christmas song and boy, is it a stocking filler of a tune.

'Christmas Kiss' is the latest from the Clondalkin councillor who was previously described in JOE as both "more than decent" and "Trevor" after he submitted his song, 'Keep You Warm', as a potential Irish Eurovision entry. 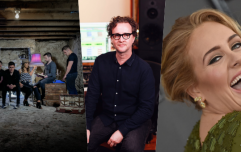 END_OF_DOCUMENT_TOKEN_TO_BE_REPLACED

Now, he's telling you to "come play on my sleigh" and you'd be a fool not to, because this might be the greatest Christmas tune ever written by a member of Fianna Fáil.

"Writing a Christmas song is every songwriters dream", he said in the announcement. "It's not easy. 'Christmas Kiss' may not be up there with 'Wham!' or 'Paul McCartney', but for a first attempt, it ain't bad and I'm proud of it."

Sure, saying this isn't as good as Paul McCartney's 'Wonderful Christmas Time' doesn't exactly set the bar high. Macca's track frequently tops the Worst Christmas Song Ever lists annually, so there's that to consider. But hey, seemingly Gilligan didn't even intend to write a seasonal anthem at all, as he sings,

"Well I been trying to write you a song/ but the words started coming out wrong/ and then Halloween came and gone/ finally it came along."

Sounds like he wanted to write a Halloween song for his loved one.

Whether it is or isn't, this is what we get: romantic descriptions of drinking lattes and tea, and the failure to write songs. It may not sound very Christmassy, so a few "Ho, ho, ho's" were put in there too. Plus, there's even a nice karaoke-style video to go along with 'Christmas Kiss', making great use of scenes never actually mentioned in the song. 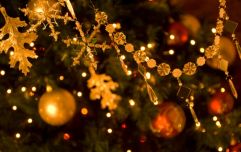 END_OF_DOCUMENT_TOKEN_TO_BE_REPLACED

If you're worried though that this might disappear in January, rest assured, Gilligan promised to be "singing it all year long."

But wait, there's more. Gilligan has also confirmed that he has completed his 1st studio album, 'helloWorld' and it is due to be released in the week leading up to Christmas.

No, really. Take it away. Please.

The Big Reviewski || JOE · The Big Reviewski with Y: The Last Man, that Malignant ending & a secret streaming service
popular
The film that predicted the pandemic is among the movies on TV tonight
You could be shopping in an Aldi store with no checkouts in Ireland in the near future
Cash, Rolexes, cars and one Canada Goose jacket seized in major Garda raid
Government announces special €1,860 payment for laid-off workers during pandemic
Man (40s) in critical condition following serious road collision in Cork
Five of the most memorable moments from Never Mind The Buzzcocks
New special payment for workers laid off during pandemic - Who is eligible and what are they entitled to?
You may also like
3 years ago
Psychologist warns that Christmas songs played on a loop can cause mental health damage
7 years ago
Saturday Night Warm Up Tracks: Reuben, Run DMC and Newsong
3 weeks ago
Baby from Nirvana's Nevermind album cover sues band for child pornography
4 weeks ago
Rolling Stones drummer Charlie Watts dies aged 80
4 weeks ago
LISTEN: 20 songs for the ultimate back garden summer playlist
4 weeks ago
JOE’s Song Of The Day #908 – Fruitz ‘Set The Motion’
Next Page