The rising Dublin band on The Strokes, staying grounded and coming face to face with Zane Lowe.

Would it be more interesting if Bono's offspring was in a death metal band? 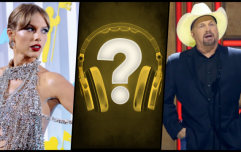 END_OF_DOCUMENT_TOKEN_TO_BE_REPLACED

As it stands, Elijah Hewson fronts Inhaler, a bright young foursome that operates in the pop-indie vein, influenced by the likes of The Strokes, Interpol and The 1975.

No bad thing, nor is the recorded output so far, particularly 'My Honest Face', a track well into the millions on the Spotify play count and one that zips along with a shimmering verve and buoyant abandon in a manner reminiscent of, well, early U2.

There's no getting around it; Hewson is his father's son in both appearance and vocal tone. It's a hook as shiny and inexorable as some of the ones scattered about in these early Inhaler tunes - 'Ice Cream Sundae' serves up a further pleasing ear-worm - and trivia that makes for a provocative introduction for the average bloke on the street.

Intriguing currency for any new outfit but Inhaler deserves the opportunity to stand on its own feet. Despite everything this scribe has just written, you do hope, as another one of their songs goes, that it won't always be like this. 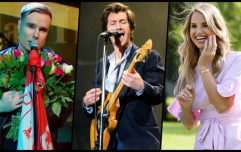 END_OF_DOCUMENT_TOKEN_TO_BE_REPLACED

These initial days have been fruitful.

In the past 18 months or so, the band - made up of Hewson (vocals, guitar), Josh Jenkinson (guitar), Robert Keating (bass) and Ryan McMahon (drums) - has graduated from the Other Voices stage at Electric Picnic to a packed-out Rankin's Wood tent on the same grounds, not to mention sell-out appointments in Dublin in Whelan's and, when JOE comes calling, night one of two at the Button Factory.

END_OF_DOCUMENT_TOKEN_TO_BE_REPLACED

Other steps on the ladder include signing to a major label and being named on both the BBC Sound of 2020 list and the NME 100 for the same year. Add a globe-trotting touring schedule and an in-the-works debut album and you have what feels like the realisation of teenage dreams and something tangible to show the parents that hey, this is paying off.

"I think we had to do that a while ago, to be honest!" laughs Keating.

Was there ever a 'get a real job' deadline in place?

Jenkinson: "We told them we'd take one year off."

Keating: "One year before we go to college was the idea. And then at the end of that year, things were happening."

McMahon: "And now they're fully behind us."

Keating: "It was great because we got to say at the end of it; 'Ah, it'd be a waste to put in that year and stop so we just better keep going'. We're good now. We're busy."

Hewson: "Who knows, we might be going back next year."

Keating: "Yeah, we don't want to be badmouthing college too much because we might be back in IADT next year."

There's a rhythm in play in the room. Finishing each other's sentences, that kind of thing. Friends since school, it's clear that Inhaler is a tight unit, even if the guys did lose one another across the weekend in Stradbally during that most recent Picnic visit.

Leave it to Julian Casablancas, leader of The Strokes, to provide a beacon. He also commanded a hell of a set, turning the clock all the way back to the band in its defiant pomp. That, and treating his audience to a selection of arrogance and apathy that pissed more than a few people off.

"You know who's not paying attention to that?" McMahon posits. "Julian Casablancas from The Strokes."

Keating picks up his thread. "I'm sure a lot of people that said that had never seen Julian Casablancas before. I mean, it's not the first time he's acted like that onstage."

"The contrast between The 1975 and The Strokes that night was just perfect," he says.

"The 1975 are great and they have a huge production; it's very modern. But seeing The Strokes come on afterwards - the only thing they had was a Strokes backdrop and a lightning strike painted on the bass amp. It just felt way more real.

"I don't think you have to do the, 'How are you doing in the back, guys?!'. The music is about being a loner in New York City. It's not meant to be this big charismatic thing."

Is there any pressure to emulate such a style?

"I think we're all as cool as each other, and we're all very cool," Keating knowingly deadpans. "I hope so, anyway." 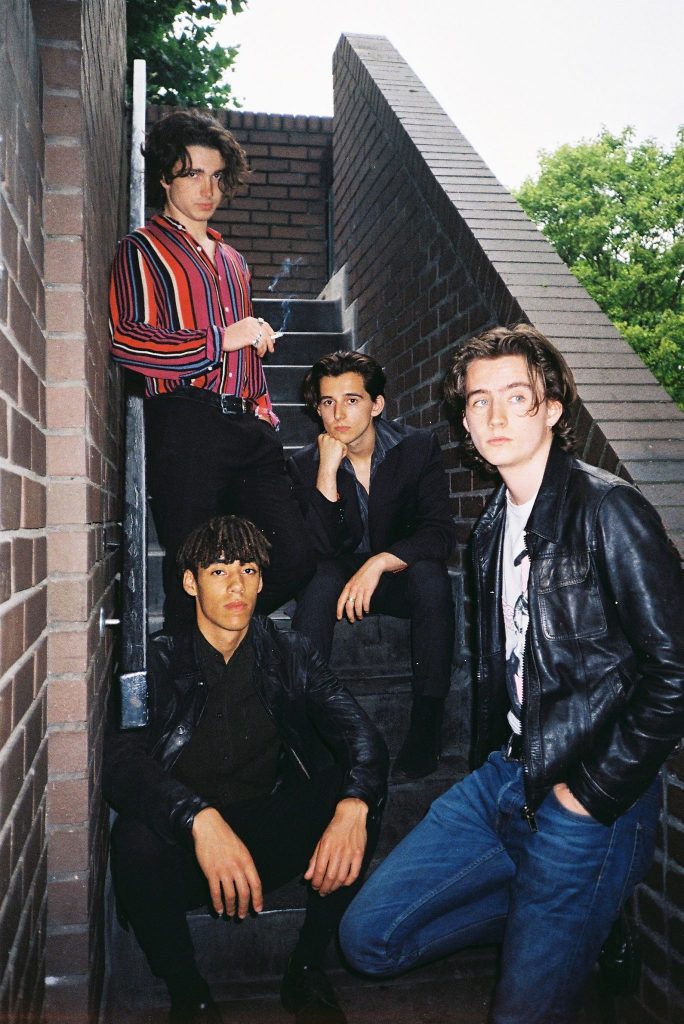 Someone who agrees with that last part is enduring industry tastemaker Zane Lowe, who featured the band on his Beats 1 show on Apple Music in December.

"He basically reached out to us when he heard we were coming to LA," notes Hewson. "We were supporting Blossoms. He'd been a fan of 'My Honest Face', he'd heard that and was like, 'If you're in LA, come on the show' so we rocked up."

Keating: "The address for Apple in LA is 'Infinity', that's the actual road it's on. We flew from Mexico City in the morning, landed at 12 and went straight to the place."

Keating: "Opposite way. We flew from somewhere and we landed and we went straight there."

McMahon: "In the same clothes we had worn the day before."

Jenkinson: "We did not look like we should be in Apple."

Keating: "The second we opened the door, Zane just started interviewing us."

McMahon: "It was being recorded as we walked in, very natural."

Keating: "We left at like ten-to. Billie Eilish was coming in at four."

Jenkinson: "When we heard that we were like... what is happening?"

Hewson: "He's a great interviewer. He turns anything you say into a life lesson. It is crazy to hear that someone of that stature has been listening to your music and wants to hear what you have to say, wants to have a chat."

In terms of life lessons, Inhaler likely already has a few under its collective belt. Even in an age where streaming statistics dominate and the album arguably wields less mystique, there remains a certain romance about just getting out there on the road and seeing the world.

"For me, when I was a kid dreaming of being in a band and being in a successful band, success, to me, was being in the back of a van driving across the States and we've done that now," says Hewson.

"It's time to pack it in," McMahon counters.

"We've had a good run," Hewson shoots back. "But yeah, that was surreal, for sure. It is romantic."

Back home, a mutual friend group keeps them in check as the profile rises.

"They just don't give a shit!" laughs Jenkinson.

"Just Irish lads," Keating nods. "None of them care."

"Because we've known all each other for so long, when we come back it's still the same people that we grew up with," McMahon adds. "They're not going to be like, 'Oh, wow, you guys are doing this!'. They're still putting us down, which friends should do."

The final word goes to the frontman.

"I think this time in a person's life - I think we're really lucky because we're in something now that we all enjoy and is working well for us, but for a lot of our friends, they're just coming out of secondary school.

"Most of them don't know what they want to do, if they even want to go to college; it's a strange time and we're just really lucky to have something to do, you know?"

popular
The "eighth best movie ever made" is among the movies on TV tonight
15 years ago, one of the greatest scenes of the 21st century arrived in cinemas
Mia Khalifa claims seaside town is better than Miami
The 50 most iconic songs of all time* have been revealed
People are warning others about using new AI selfie app
Here's the line-up for this week's episode of The Late Late Show
QUIZ: JOE’s Big News Of The Day Quiz #26
You may also like
2 months ago
Gardaí make fresh appeal for witnesses to serious assault during DJ set at Electric Picnic
3 months ago
Man hospitalised after assault at this year's Electric Picnic
3 months ago
Drugs, dancing, and drenchings: Confessions of an Electric Picnic attendee
3 months ago
Status Yellow warning issued for six counties as yet more rain thunders down
3 months ago
13 counties have been hit with a Status Orange rain warning
3 months ago
Drug warning issued after twice as strong MDMA discovered at Electric Picnic
Next Page