The very best live music gigs around Ireland this week.

Who: An Evening with Mark Lanegan
Date: April 26 and 27
Where: The Academy, Dublin

Mark Lanegan is an American rock musician who has collaborated in the past with Kurt Cobain, Belle & Sebastien, Queens of the Stone Age and even Moby.

He's in Dublin for a night at the Academy and you should probably go along. 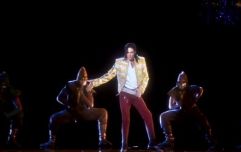 END_OF_DOCUMENT_TOKEN_TO_BE_REPLACED

Who: 5 Seconds Of Summer
Date: April 27
Where: 3Arena, Dublin

They cracked Youtube and then became a band. 5 Seconds Of Summer hail from Australia and are described as a punk pop band.

They've enjoyed massive success over a relatively short space of time and their legions of Irish fans will be delighted to see them at the 3Arena. 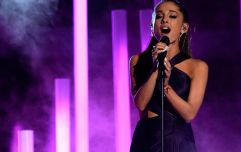 END_OF_DOCUMENT_TOKEN_TO_BE_REPLACED

This band from Boston are hard to pigeon-hole. One of those very talented multi-genre bands who are equally as adept at banging out an indie sounding tune as they are with a jazz tune.

Check out this tune, it's a belter. 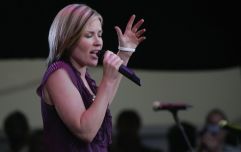 Dido's first tour in 15 years will include a Dublin date

END_OF_DOCUMENT_TOKEN_TO_BE_REPLACED

No it's not the rotund Brazilian footballer who stole a living at Manchester United, but the Dublin lad came to our attention a while back by selling his music door-to-door.

He's a precocious talent and this will be a lovely gig in the Roisin.

Who: The Coronas
Date: April 30
Where: King John's Castle, Limerick

The Coronas come to Limerick and the very fancy surroundings of King John's Castle this Saturday night and you just know, if you're a fan, that this will be a very special gig.

popular
What the hell is 'Stomp and Holler', and why does Spotify insist that you love it?
The 50 most iconic songs of all time* have been revealed
Weather advisory issued for all of Ireland, with snow on the cards
We're sorry, but a new clip from Wild Mountain Thyme is on the loose
The JOE Movie Quiz: Week 80
People think they've figured out the ranking of the viewers on your Instagram Stories
Warner Bros. plan new Harry Potter movie and they want Daniel Radcliffe to star in it (Report)
You may also like
3 weeks ago
QUIZ: Can you identify these Irish towns on a map?
3 weeks ago
QUIZ: Can you name all the US states with a smaller population than Ireland?
1 month ago
Three Status Yellow weather warnings issued, affecting eight counties
1 month ago
7 gazebos from €40 to €12,000 for your outdoor entertaining
2 months ago
396 new cases of Covid-19, 9 people admitted to hospital in last 24 hours
2 months ago
QUIZ: Can you name all 32 counties in Ireland in under 4 minutes?
Next Page