Kneecap has shared an incredible new song about their mothers, written before bandmember Móglaí Bap’s mother died of suicide.

Irish rap group Kneecap has released an absolutely gorgeous song to pay tribute to their mams, and to mothers in general.

The song is going on sale next week with proceeds going to Samaritans. 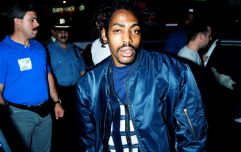 END_OF_DOCUMENT_TOKEN_TO_BE_REPLACED

Kneecap announced the release of the song with an emotional Instagram post that sadly revealed that bandmember Móglaí Bap’s mother died of suicide before the song could be released.

"For our latest project with DYRT we wanted to create one song that’s a bit different from the usual. So we decided to do a tune about something real, our Mothers.

"I was really looking forward to lettin' Mam hear the tune but I told her she’d have to wait til it’s done, I wanted it to be perfect for her. 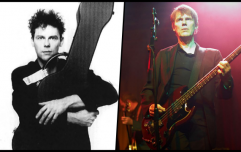 END_OF_DOCUMENT_TOKEN_TO_BE_REPLACED

"Unfortunately, I lost my mother recently to suicide and it broke my heart that she never got to hear it.

"Keep and eye out for each other especially over crimbo.

"We’re going to have the single on sale next week to raise money for Samaritans charity.

"If anyone ever needs a chat send us a message Ns.

The song is absolutely stunning, and is definitely worth a listen: