He really can't get enough of this place.

Not content with opening for Picture This on all five nights of their upcoming 3Arena residency later this month, pitching up at Indiependence and looking forward to his own Dublin headline show in November, Lewis Capaldi has given Irish fans another chance to see him in the flesh.

The Scottish singer-songwriter is on the rise, and his love affair with Ireland shows no signs of slowing down any time soon. 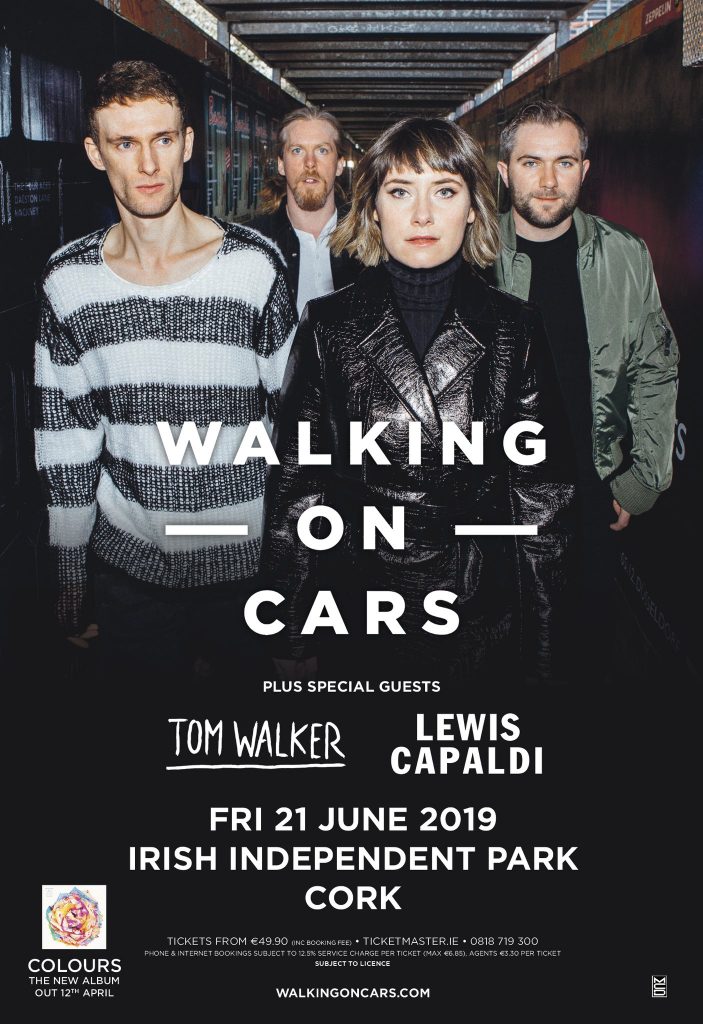 It's a big year for the Dingle outfit, with new album Colours set for release next month.

As for Capaldi, JOE had the chance to catch up with him a few months back, where he proved a decent advertisement for his own tunes.

END_OF_DOCUMENT_TOKEN_TO_BE_REPLACED

"There’s not a day that goes by where I don’t listen to one of my songs," he confessed.

"Some of that might be unreleased stuff but I’m definitely listening to it far too much. People ask me what my music taste is - me!"

Can't argue with that, really.

Tickets for the Walking On Cars show, priced from €49.90 including booking fee, are on sale now via Ticketmaster and usual outlets nationwide.


popular
First case of Coronavirus in Ireland confirmed in Belfast
HSE to contact people who may have interacted with Belfast coronavirus patient
Interactive infographic shows real-time spread of coronavirus outbreak
The line-up for this week's Late Late Show is here
Here's Week 21 of JOE's 19 in 90 quickfire quiz
Ireland's best places to work for 2020 have been revealed
QUIZ: What movie/TV show are these fictional sports teams from?
You may also like
1 week ago
Foo Fighters are touring this summer and an Irish gig is looking very likely
3 weeks ago
Dublin venue to host a belting evening of non-stop Bruce Springsteen tunes this month
3 weeks ago
ABBA are hoping to release new music later this year
3 weeks ago
Gang of Four’s Andy Gill has died aged 64
4 weeks ago
Rage Against The Machine add two more dates to their 2020 reunion tour
1 month ago
Alicia Keys and Boyz II Men perform emotional tribute to Kobe Bryant at the opening of the Grammys
Next Page