A quick background to the Drake Curse; it's a phenomenon whereby any team or athlete the Canadian rapper supports ends up losing a big event.

Drake has been a long supporter of the Toronto Raptors who couldn't get by the Cleveland Cavaliers for years (although that's all changed now) and he also appeared on stage with Conor McGregor prior his defeat to Khabib Nurmagomedov.

END_OF_DOCUMENT_TOKEN_TO_BE_REPLACED

He's supported a lot of teams over the years and their often poor record has meant he's been labelled as a curse because he's often the common denominator.

But Anthony Joshua clearly wasn't worried about the curse, how could he be? He was the undefeated heavyweight champion of the world who had finished all but one of his fights.

He even tweeted about it.

END_OF_DOCUMENT_TOKEN_TO_BE_REPLACED

But Joshua lost in the early hours of Sunday morning to massive underdog Andy Ruiz Jr.

Joshua lost his WBA, WBO and IBF world title belts to Ruiz Jr as he was dropped four times before he was eventually stopped on his feet.

Fans have been flocking to Twitter saying they believe the result is due to the Drake curse. The tweet above, before last night, had just 19 replies. Since the fight the number of replies has ballooned to over 2,000. 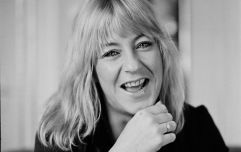 END_OF_DOCUMENT_TOKEN_TO_BE_REPLACED

In reality, this was no fluke from the unheralded 29-year-old from California who took the fight on just five weeks' notice.

Joshua was outboxed, out-smarted and beaten up on a night that will send reverberations around boxing's heavyweight division.