Fresh from the news that the iconic Luke Kelly will be getting two new statues in his honour comes the announcement of a musical and literary celebration to mark the grand unveiling.

President Michael D. Higgins will be on hand to officially present the sculptures to the public this Wednesday 30 January on what will be the 35th anniversary of Kelly's death.

That evening, Dublin City Council will host an honorary concert featuring a top bill of musicians and spoken word artists at the Liberty Hall Theatre.

Taking to the stage will be last surviving member of The Dubliners John Sheahan, Glen Hansard, Damien Dempsey, Finbar Furey and rising poet Natalya O'Flaherty, who seriously impressed when she appeared on The Late Late Show two weeks ago.

Also paying tribute on the night; Lankum man Ian Lynch, singer-songwriter Aoife Scott, Andy Irvine and George Murphy, who was born on the second anniversary of Kelly's passing and has drawn comparisons to the late singer.

Broadcaster John Kelly will MC the evening, with tickets priced at €11.80 which are available now via Ticketmaster and usual outlets nationwide. 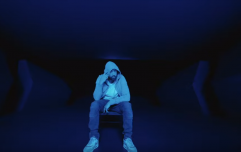 END_OF_DOCUMENT_TOKEN_TO_BE_REPLACED

“I couldn’t think of anyone more appropriate to honour with sculptures either side of the Liffey," said concert director Leagues O'Toole.

"Luke Kelly’s presence as a bard, an activist, and a friend to the people of Dublin City is as palpable in spirit as it ever was.

"35 years after his passing his voice resonates proudly from streets, venues, pubs and homes back and forth the river.”


popular
The JOE Friday Pub Quiz: Week 174
Paddy Holohan has been suspended from Sinn Féin with immediate effect
Paddy Holohan has been suspended from Sinn Féin over his claims that "scum" underage girls were having sex with men and blackmailing them
QUIZ: How many of these Disney Channel TV shows can you name?
Leo Varadkar hurries away from questions about "corporations and parasite landlords" on campaign trail
Two people shot in North Dublin
Met Éireann has issued an ice and low temperature warning for 17 counties
You may also like
1 year ago
President Michael D. Higgins & Tommy Tiernan just phone each other for the craic & now we're insanely jealous
1 year ago
Lynn Ruane: Michael D. Higgins is "an anchor against fascism and hate"
1 year ago
Dragons' Den personality Gavin Duffy becomes fourth official candidate in presidential race
1 year ago
Social democrats back Michael D. Higgins for second presidency term
1 year ago
The tacky and clueless Presidential candidates are turning Ireland into a laughing stock
1 year ago
Sinn Féin to table motion of no confidence in Housing Minister Eoghan Murphy
Next Page