Metallica 2019: A curious corporate beast that still delivers when it counts

JOE travels to Paris to catch Metallica ahead of their Slane headliner, finding a band that somehow, against all odds, still has enough fuel in the tank.

It's roughly half four in the afternoon as the first wave of Metallica fans - almost all of whom bear some form of recognisable iconography on their person - file in to the Stade de France.

A sea of black will ultimately engulf a pristine white plastic platform that covers the length of the pitch, but the opening procession is modest enough. 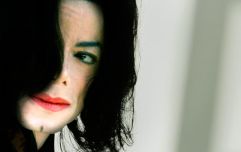 END_OF_DOCUMENT_TOKEN_TO_BE_REPLACED

They've paid handsomely for the privilege of a VIP package that grants this early entry, and thus the apex of the very front of the stage, and a perfect view, is theirs.

What they don't spy is Lars Ulrich, who has emerged from the bowels of the stadium, cameraman in tow, for some social media work.

Per the official Metallica YouTube channel, you'll find a love letter to each major European stop on the Worldwired Tour shortly after the respective concert has concluded. 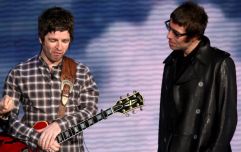 WATCH: England and France fans come together to sing emotional rendition of Don't Look Back in Anger

END_OF_DOCUMENT_TOKEN_TO_BE_REPLACED

It is just one of many, many arms attached to the machine that is Metallica 2019, all working overtime in order to provide as smooth, efficient, and "enhanced" an experience as possible.

Production Manager John 'Lug' Zajonc, a man happy to "relish in my anonymity", notes that 36 hours of work goes into building the stage, which sounds about right. The thing is a behemoth, reflective of the band and what surrounds them.

In the background, two men scurry about with giant planks of wood as if late to a crucifixion. 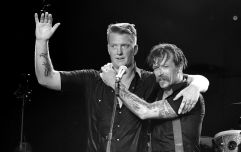 VIDEO: Eagles of Death Metal make an emotional return to Paris to play to a euphoric crowd

END_OF_DOCUMENT_TOKEN_TO_BE_REPLACED

JOE gets a walk-on tour of the stage itself; about what you expect for this kind of super-show, with plenty of room for the lads to walk about and get closer to the crowd via walkway ramps that we do our best not to stumble over.

In the middle lies the Snake Pit - a designated area for the hardcores who have paid the maximum amount of coin in which to get up close and personal with their heroes. Think of it like, well... yeah, it's a pit, essentially.

A Metallica gig in 2019 isn't just a standard rock gig.

As with many of the word's elite musical acts, there are tiered package options for the public to avail of, each one affording further access to exclusive pleasures and the promise of intimate face time.

The 'Dream No More Experience' entitles fans to the Snake Pit, a dedicated venue entrance, the opportunity to hang out with Metallica before the show, a professional photo with the boys, an autographed set list, access to the 'Sanitarium Rubber Room' lounge along with two drink tickets, dinner at the 'Spit Out The Bone' buffet, a trip to the 'Memory Remains' on-site Metallica museum, a poster, a tour t-shirt, priority merchandise shopping, and specific on-site staff.

Other packages are available at a much lower cost, or you could just stick with general admission. Up to you, really.

And it's not like Metallica's metamorphosis into an even more business-savvy version of KISS wasn't telegraphed by Lars Ulrich's public battle with Napster in the summer of 2000.

Though it cost him plenty of fans, the drummer had a fair enough point, and he's permitted to make hay while the sun shines with those who are willing to line up, excitedly, and not even notice him milling around behind their backs, gurning for the camera.

Said it once before but it bears repeating - there is a touring museum involved here. 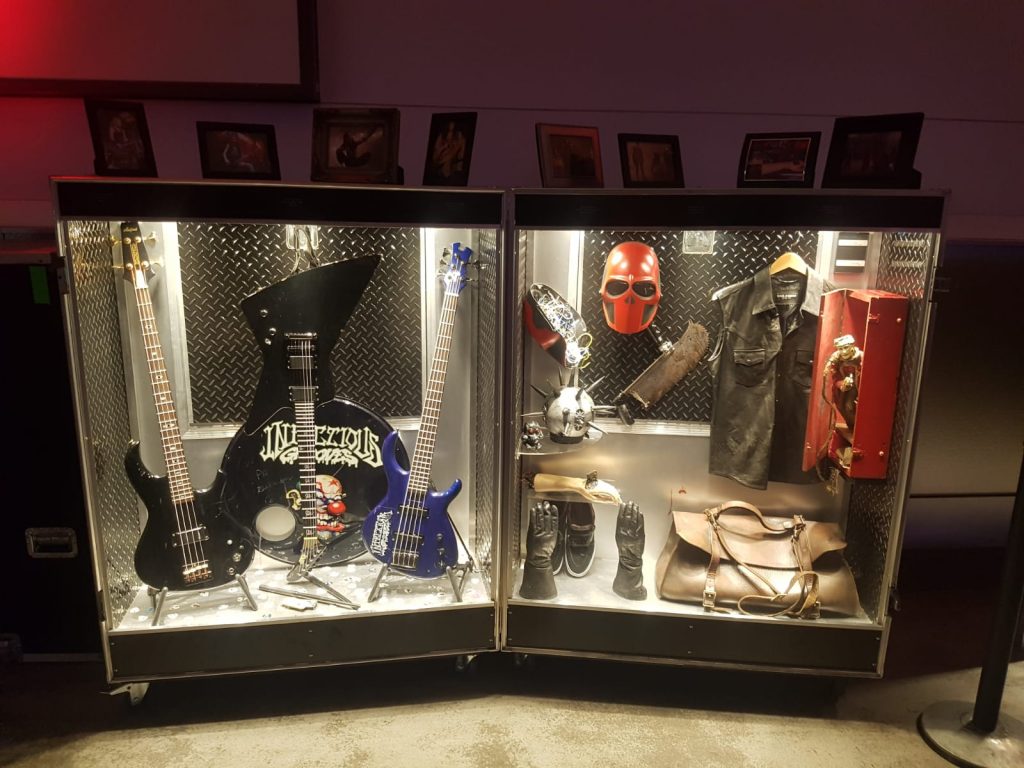 An exhibition? In this economy? 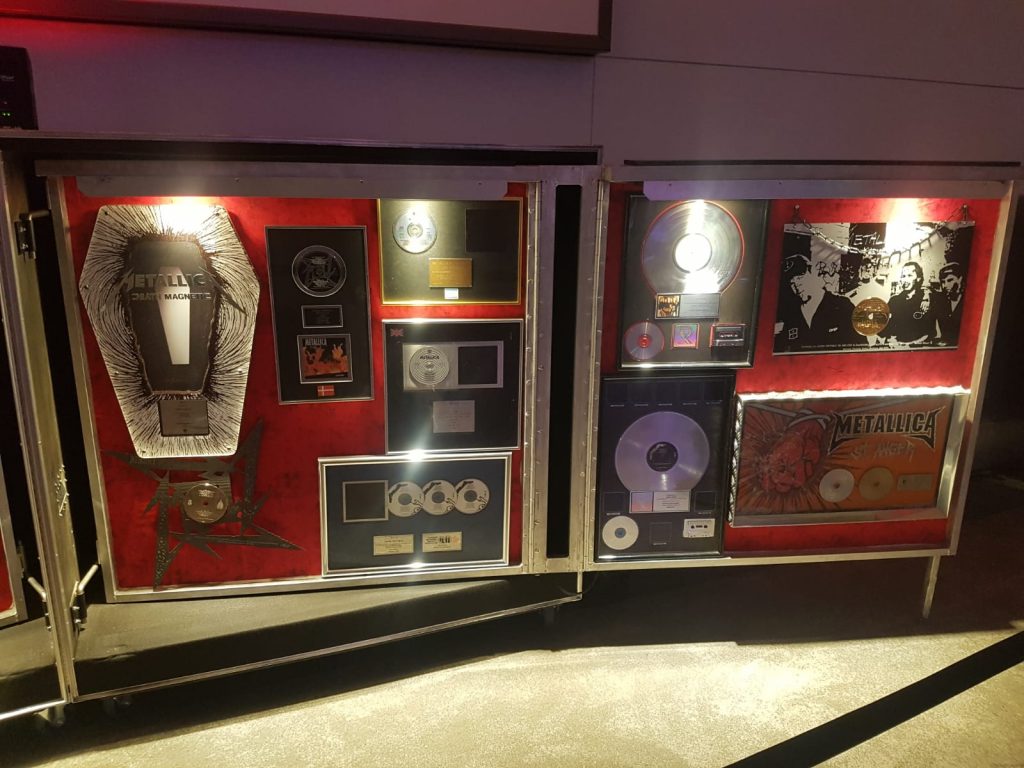 There's also a 'Friends & Family' room with a fridge full of Metallica-branded pilsner (5.7%) and a jovial man by the name of Justin who really should be fronting his own new wave band, but is content in the role of bespoke backstage barman. 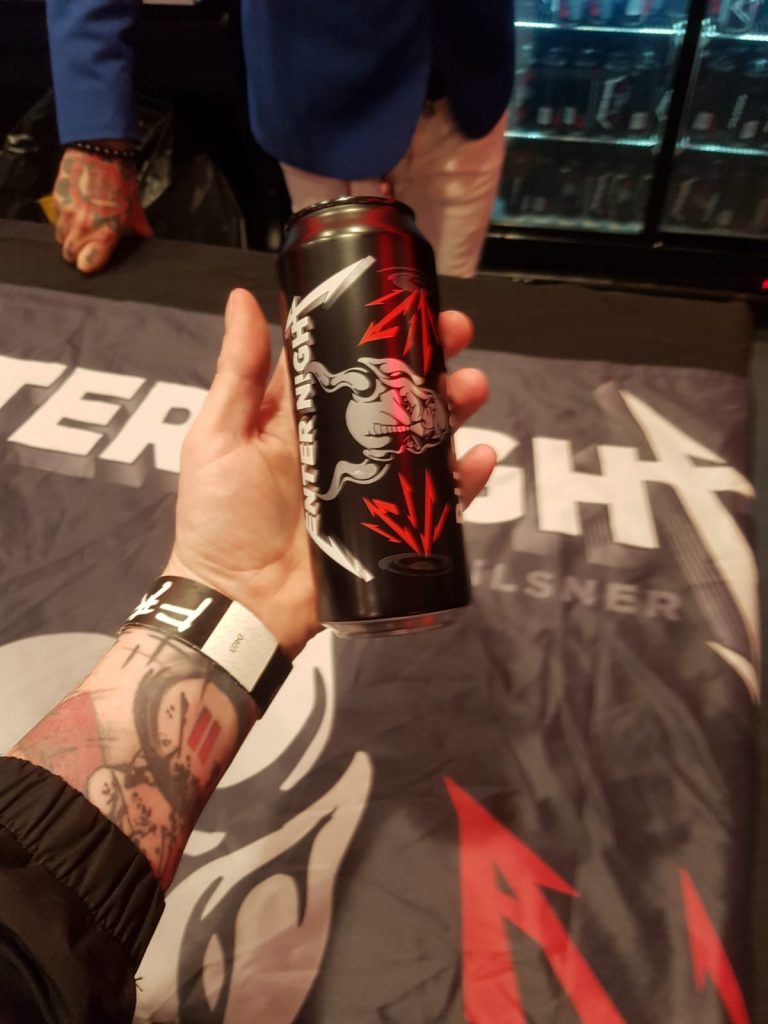 'Losing My Religion' blasts over the speakers at the Stade de France before support acts Bokassa and Ghost do their thing. The sun catches a security patrol, strolling casually, with machine guns for company.

"There'll be an explosion here some day," volunteers a member of our travelling party, thankfully out of earshot of the aforementioned military police grunts.

On-site, if you stop to take a photo in the wrong place, you'll be moved along promptly.

As for the show itself, well, it's a Metallica gig, isn't it? Vintage numbers can't miss, newer material is so-so (they've picked the good ones, wisely), and there's a reliable comfort to proceedings, as far as big fuck-off metal concerts go.

In truth, they are a band that continue to occupy a curious position in 2019.

Over the years, you're likely to encounter as many metal fans who worship James Hetfield and company as those who roll their eyes at the mention of their name.

As the superb - seriously, watch it - accompanying documentary Some Kind of Monster so resolutely underlined, this is a band that teeters dangerously close to being the real life Spinal Tap.

The reason that film is so fascinating is because of vividly visible flaws and the clanking mechanics behind these men, alternatively troubled, egotistical, hopeful, immature, personable, and occasionally oddly serene.

A decade and a half on, Metallica is exceedingly more brand than band, and they seem comfortable enough with owning the distinction. Onstage, James Hetfield - very much in Sons of Anarchy wardrobe mode - talks lovingly of the "Metallica family" and how we're all in this together.

It's corny as hell, but you get the sense that he means it. 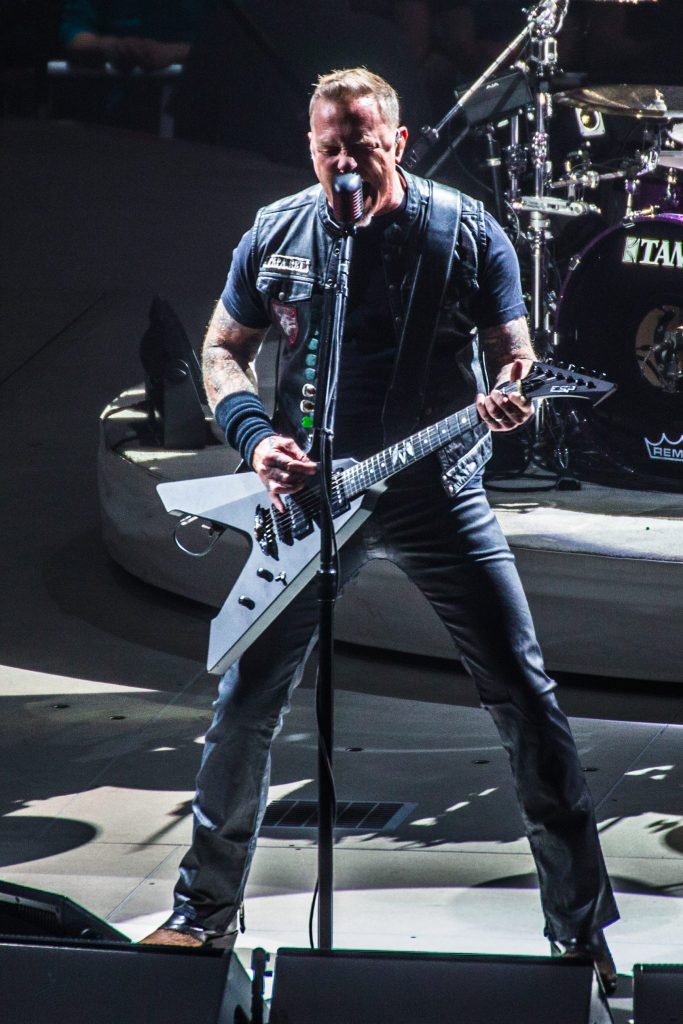 He's rarely been a poet, nor does he need to be. He guides 18 songs on a balmy Sunday night in Paris as well as he can, with bulldog zeal and indefatigable spirit.

His bandmates match him.

Lars Ulrich, often two perfectly acceptable substitute words for "fuck" and "off", is as giddy as ever, while silver-haired zen maestro Kirk Hammett and crab-walking enthusiast Rob Trujillo wield their weapons with glee.

The Snake Pit affords terrific sights, and muddy sound. Heading back to the masses is thrilling enough, sauntering in between two very different perspectives - a row of awestruck fans on your left pounding railings and throwing up devil horns, a small army of terrifying bouncers on the right, their faces etched with focus and apathy.

Back among the general populace as the really rather glorious 'Moth Into Flame' kicks into gear, a man approaches. He's got the t-shirt, the bag full of merchandise, and a fittingly disquiet disposition.

His name is Benoit, and he's now seen Metallica five times. We find ourselves in quick agreement that stadium affairs are undeniably impressive, but smaller spaces offer more heart and soul.

Benoit wants me to know that Hetfield's guitar features wood that he saved from Metallica's breakthrough rehearsal space in the mid-1980s. Old ghosts, new life.

I thank my temporary friend for this information before exiting in search of the bar. We embrace. He kisses me on the cheek and draws back a little, apologetically.

I love you, Benoit. I won't forget our time together.

As the sky blackens and this writer fails to find the exit of the VIP bar he's stumbled into, the video screens pay tribute to Johnny Hallyday, the man who brought rock and roll to France.

A communal vibe fills the air, evident in the majority of the 76,000 people that the eye can realistically make out. Overall, those gathered are pleased if polite, leaving you with the sense that Slane will handily outdo them for noise.

Amongst the band, further joy.

Before his solo in 'Master of Puppets', Hammett takes a split-second to fix Hetfield's wavering mic stand. He didn't need to. A stage hand would scramble on, surely, but no, they've weathered storms together and now stand united as friends, brothers, family.

And that's Metallica 2019 - the commitment to still wanting to do this, to still believing that they're the best and biggest band on the planet, to still entertaining and enforcing the idea of a tribe, even if the membership fees ain't cheap.

The sheen is overpowering, and damaging in certain respects, but the smiles are real.

They've earned that, and then some.

Tickets from €89.50 including booking fee are available via Ticketmaster.

popular
Details of cash payments and Christmas bonus outlined in Sinn Féin’s alternative budget
QUIZ: Test your knowledge with this Ultimate Friends Character Quiz
The JOE Friday Pub Quiz: Week 313
A brilliant psychological thriller is among the movies on TV tonight
House Of The Dragon is already better than Game Of Thrones
One of the best films nobody went to see turns 15 years old this week
A brilliantly scary horror movie is among the movies on TV tonight
You may also like
1 month ago
Eurotunnel passengers made to walk following train breakdown below English Channel
2 months ago
Gardaí head to France to track down new Sophie Toscan du Plantier suspect
8 months ago
Macron wants to "piss off" the unvaccinated
9 months ago
Over 65s in France without booster will lose Covid pass
11 months ago
France to ban plastic packaging for fruit and vegetables from January 2022
1 year ago
Marks & Spencer to pull 800 lines from Irish stores
Next Page