The singer took issue with the depiction of his character on the show.

The former Smiths frontman is no stranger to controversy, but as far his all-time quotes go, this is certainly up there with one of his most ironic yet.

For a man now more infamous for offending others than he is for his music, he doesn't half sound, well, offended... 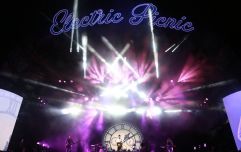 END_OF_DOCUMENT_TOKEN_TO_BE_REPLACED

On Sunday, Morrissey's official Facebook page posted a statement in response to the latest episode of The Simpsons, Panic on the Streets of Springfield.

In the post, not only does he take fire at the show for his less than favourable portrayal but also for being "unapologetically hurtful and racist".

Surprising what a “turn for the worst" the writing for The Simpson’s tv show has taken in recent years.

END_OF_DOCUMENT_TOKEN_TO_BE_REPLACED

As you can see below, whatever you make of the satire itself, it's hardly subtle and it would seem that Morrissey thinks so too.

His press team's statement is one that starts out by hailing the show for once "creating great insight into the modern cultural experience", but that it has since degenerated to capitalising on "cheap controversy" and "harshly hateful tactics".

Morrissey has blasted The Simpsons for portraying him as an overweight racist who eats meat: https://t.co/KtCIRb8ktb pic.twitter.com/Aj2dfyVqHG 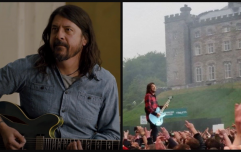 END_OF_DOCUMENT_TOKEN_TO_BE_REPLACED

The 61-year-old also remarked that as well as insinuating that he is a racist "without pointing out any specific instances", it is themselves who "should take that mirror and hold it up to themselves".

He goes on to reference Hank Azaria's portrayal of the Indian character, Apu of which the actor himself has said publicly that he often feels the need "to go to every single Indian person in this country and personally apologise".

While the episode starts out depicting a more youthful cartoon of a stylish Indie singer, by the end, they opt for a full-on caricature of a more overtly obvious, older Morrissey, who eats meat on stage and fires sausage links from a cannon into the crowd.

Safe to say, we don't expect to be him to be singing 'That's Entertainment' about The Simpsons anytime soon.

popular
Conor Mcgregor hit by car ‘at full speed’ while cycling
Parents left in shock after gorillas start mating in front of kids at zoo
Colin Farrell shouldn't win the Oscar this year
Harvard study reveals how many times men should ejaculate each month to stay healthy
DJ accidentally shoots herself in the face with a confetti cannon while performing
The JOE Friday Pub Quiz: Week 331
Netflix has just added one of the best sci-fi movies of recent years
You may also like
11 hours ago
Can you get top marks in this ultimate Oscars 2023 quiz?
1 day ago
New sci-fi horror set to be this year's A Quiet Place
2 days ago
First episode of The Last of Us now available to watch on YouTube for free
2 days ago
Here's the line-up for tonight's episode of The Graham Norton Show
3 days ago
Barry Keoghan mentioned in UK Parliament speech during government debate
3 days ago
BBC apologises after calling Paul Mescal 'British' in Oscar coverage
Next Page