"I apologise for my part in creating that and participating in that."

Hank Azaria has said he feels the need to apologise to every Indian person for playing the role of Apu in The Simpsons.

Azaria portrayed the voice of Apu between 1989 and 2021 across 694 episodes, but in January it was announced he would be stepping down from the role following months of controversy.

END_OF_DOCUMENT_TOKEN_TO_BE_REPLACED

Speaking on the Armchair Expert podcast, hosted by Dax Shepard and Monica Padman, Azaria said: "I really do apologise. It’s important. I apologise for my part in creating that and participating in that.

"Part of me feels like I need to go to every single Indian person in this country and personally apologise. And sometimes I do."

The controversy surrounding his role in The Simpsons stemmed from criticism of a white American actor playing an Indian character that propagated stereotypes with an accent some deemed to be offensive.

Azaria has previously spoken about not feeling comfortable playing Apu in recent years and, speaking to Slash Film in January, he confirmed he would not be doing the voice anymore but admitted he didn't know what would happen to the character. 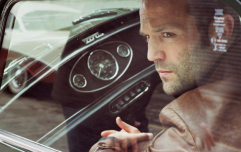 END_OF_DOCUMENT_TOKEN_TO_BE_REPLACED

"All we know there is I won’t be doing the voice anymore, unless there’s someway to transition it or something," Azaria said.

"What they’re going to do with the character is their call.

"It’s up to them and they haven’t sorted it out yet. All we’ve agreed on is I won’t do the voice anymore."

He also clarified that the decision for him to step away was mutual.

"We all made the decision together," Azaria said.

"We all agreed on it. We all feel like it’s the right thing and good about it."