Otherkin announce decision to call it a day after seven years

“This band is a huge part of our lives and while breaking up is not an easy thing to do, it’s what feels right for us.”

Dublin band Otherkin have announced that they are splitting up after seven years together.

The band, who have featured in JOE’s Song of the Day showcase on more than one occasion in the past and earned praise from Metallica's Lars Ulrich amongst others, confirmed the decision in posts on their social channels on Friday morning.

END_OF_DOCUMENT_TOKEN_TO_BE_REPLACED

Explaining the reasons behind the decision in a statement, the band said “there’s no single thing we could pin it on”, citing “the pressure of mounting bills”, “the deflation of struggling ticket sales” and saying that “the day arrived where our fuel ran out”.

We have some difficult news to share with you all, thank you for the support over these amazing years. The Pre-Sale link for 'Electric Dream' signed vinyl can be found at the link below x

The band will play their scheduled date at Electric Picnic 2019 and will be announcing farewell shows at a later date, but their UK tour has been cancelled and refunds will be made available from point of purchase.

END_OF_DOCUMENT_TOKEN_TO_BE_REPLACED

A six-track mini-album called Electric Dream will be released on signed 12’’ vinyl on 20 September, following on from OK (2017) and Deutschland KO in 2018.

The band’s statement in full can be read below. 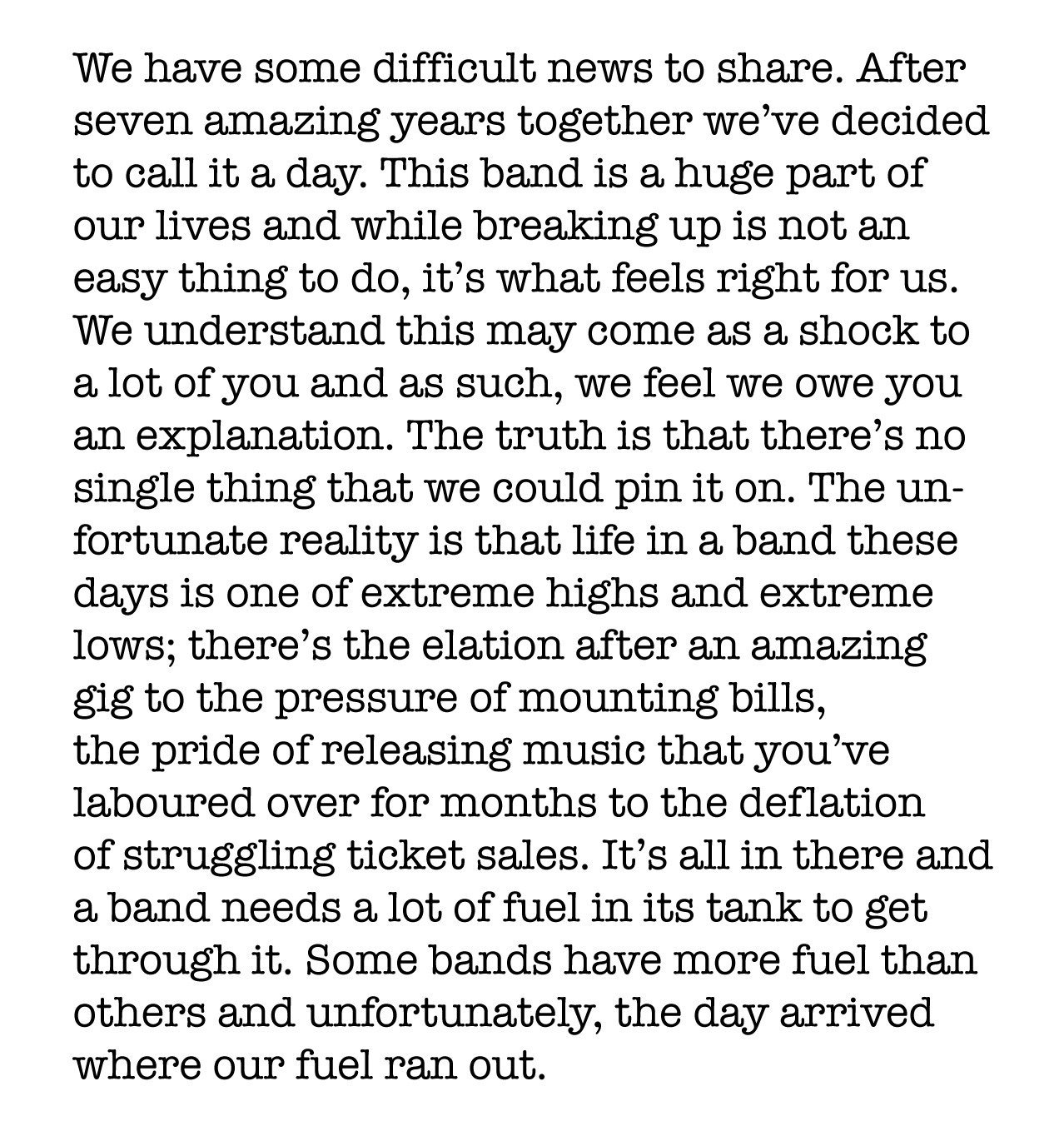 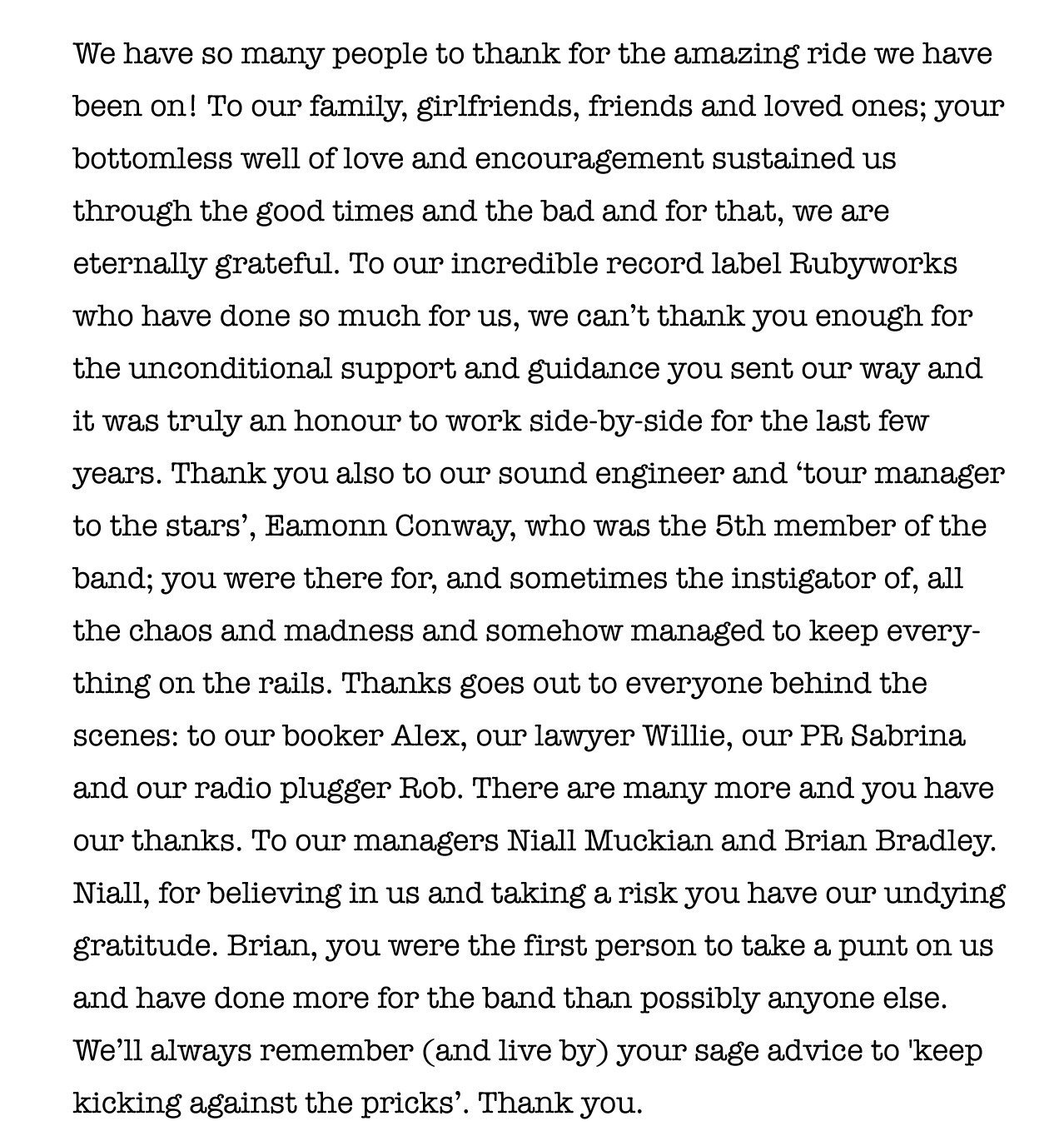 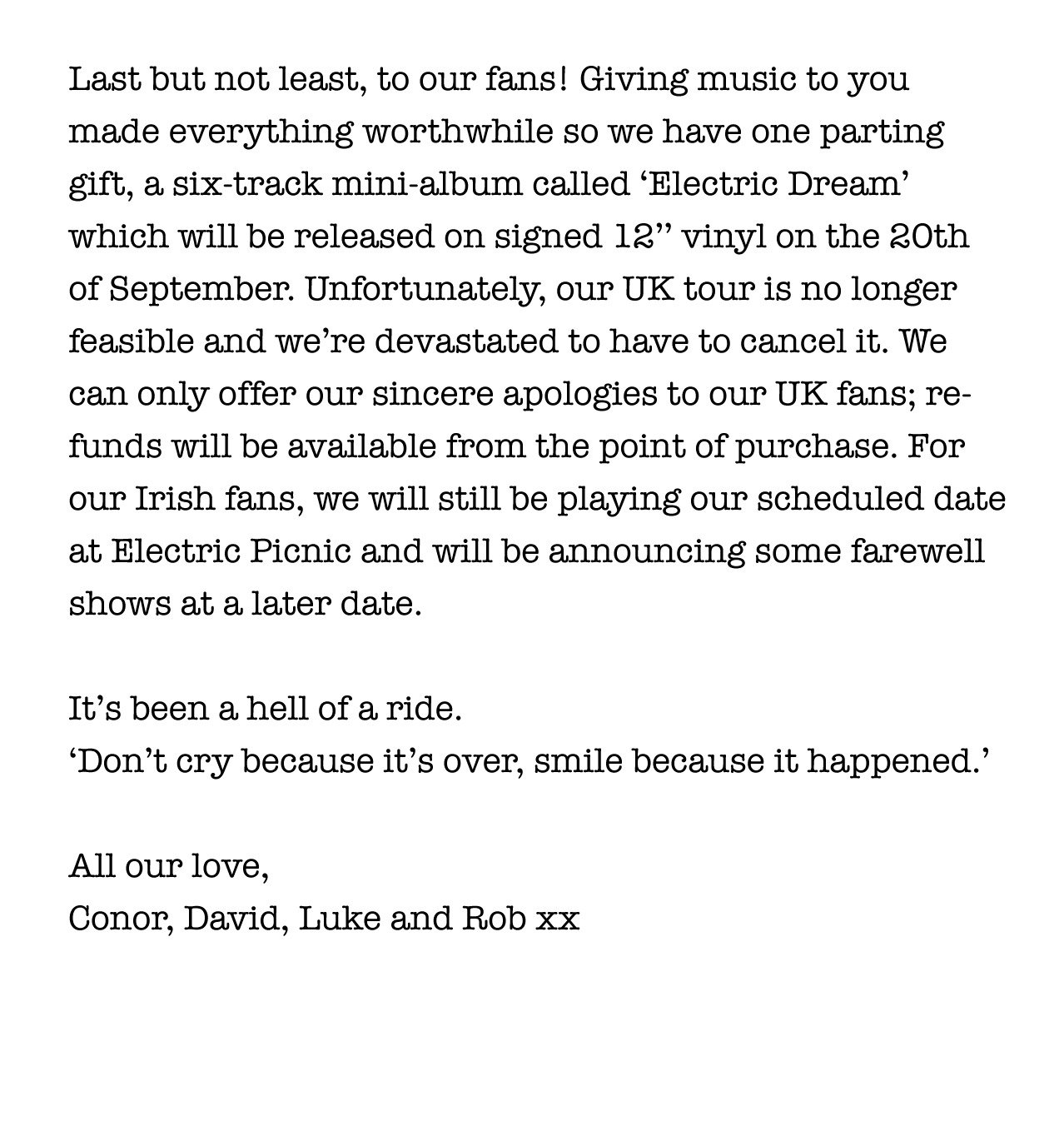