The incredibly laid back Scottish singer spoke up in defense of One Direction...

Paolo Nutini has come out with a pretty mad statement saying he's smoked dope "every single day since he was 16." That's every day for 11 years!

In an interview with Q Magazine the singer says it's no worse than have an alcoholic drink everyday and he's also defended One Direction, who received a whole load of criticism after a video of them smoking the drug surfaced a few months ago.

END_OF_DOCUMENT_TOKEN_TO_BE_REPLACED

Here's what Paolo said to Q: "Can the world please get to grips with marijuana?

"How long can this go on? Don't get me wrong, give it to the wrong person, marijuana can spawn all kinds of things, but no more than alcohol.

"Come on, people have been saying this for 40 years. One Direction can't have a joint? They're bad role models? Come on. They're men now." 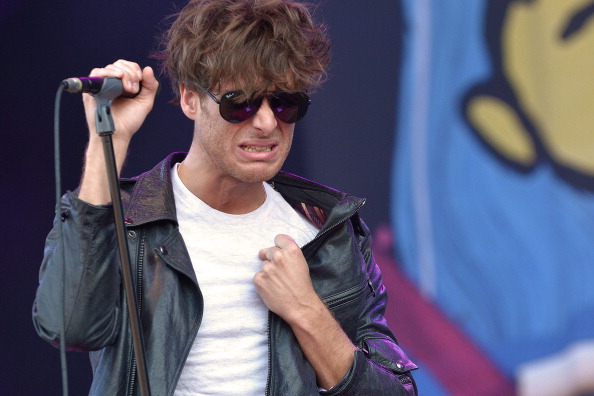 END_OF_DOCUMENT_TOKEN_TO_BE_REPLACED

The interviewer then asked him if he smoked dope and Paolo said: "Every day since I was about 16, it just keeps you going."

He also revealed that the drug cause him an unusual injury lately: "(While stoned) I launched into a chunky KitKat and it took out a tooth."

Paolo Nutini plays Live at the Marquee in Cork on July 8th and 9th and our advice on how to get his attention... Bring a big box of Chunky Kit-Kats...

popular
Gardaí unveil new Armed Support Unit vehicles to replace older models
Netflix has just added 33 very big movies to its library
The full list of cancelled flights in and out of Dublin Airport on Monday (so far)
One of the greatest crime movies of all time could be getting a sequel
Amazon Prime Video has just added 51 big movies to its library
Increase in passenger charges at Dublin Airport may be on the way
An action-packed thriller is among the movies on TV tonight
You may also like
4 days ago
The JOE Friday Pub Quiz: Week 301
6 days ago
QUIZ: Can you guess the pixelated album cover?
1 week ago
Lizzo pledges $1 million for Planned Parenthood and abortion funds
1 week ago
Dave Grohl performs for the first time since Taylor Hawkins' death
1 week ago
We've put together the ultimate playlist for Pride Weekend 2022
2 weeks ago
Acclaimed traditional Irish guitarist Dennis Cahill has died, aged 68
Next Page