There's a lot of love for Ed in Galway.

He may have quit social media again following a torrent of abuse, but Ed Sheeran could do worse than logging on and checking out the amount of people who adore his music in Galway.

Queues of people have been lining Shop Street in the western city since late on Thursday and that number is growing hour on hour. 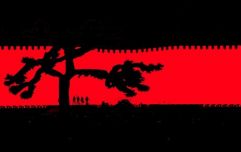 END_OF_DOCUMENT_TOKEN_TO_BE_REPLACED

Tickets for his seven Irish shows go on sale at 9am on Saturday morning.

But with many fans having been stung before when trying to purchase them online in the past, a lot of them are preferring to brave a couple of nights sleeping rough to ensure they get their hands on those all important tickets.

A video by The Latin Quarter shows the lengths people are willing to go to...

This Is Galway showed the extent of the queue with a Facebook video earlier today.

We already saw the queues building in Cork yesterday, so maybe these folks have the right idea if they've their heart set on getting tickets.

The Big Reviewski || JOE · TBR Spotlight: The Falcon and the Winter Soldier Episode Five - 'Truth'
popular
The 50 most iconic songs of all time* have been revealed
QUIZ: Can you answer all of Sinead and Daniel's questions on the Irish Celebrity Who Wants to be a Millionaire?
People think they've figured out the ranking of the viewers on your Instagram Stories
PICS: The man with the biggest penis in the world has one unbelievable problem with it
The JOE Friday Pub Quiz: Week 239
The Falcon and the Winter Soldier has the most powerful scene in MCU history
QUIZ: You'll find it hard to name all these towns from their Irish name (part 2)
You may also like
1 day ago
Two men arrested after taxi stolen and driver attacked in Galway
1 week ago
First-time buyers in Galway: This virtual First-Time Buyers Masterclass will kickstart your mortgage
1 month ago
NUIG students told to write 2,000 word essay for breaching Covid rules
3 months ago
Tech company Genesys to create 100 new jobs in Galway
4 months ago
GMIT President issues apology after video footage leaks of lecturers insulting students
5 months ago
US software company to create 200 jobs in Galway
Next Page