Video/pics: J1 students go on the lash with Ed Sheeran

After meeting Ed Sheeran in a pub in Philadelphia a group of Irish J1 students managed to have a couple of shots with the singer/song-writer before bagging front row seats to one of his concerts. They also have the evidence to prove it…

Some J1’s are better than others, and it doesn’t get much better than meeting a chart topper who’s up for the craic.

Recently, Pádraic Cunningham & Trevor English - along with a group of their mates – decided to head out on the lash in the old city of Philadelphia. They tried getting into one bar in particular but they had to leave as one of the lads was refused thanks to his Irish driver’s license.

END_OF_DOCUMENT_TOKEN_TO_BE_REPLACED

Instead of giving up on the night the lads went into “a fairly quiet looking bar”, according to Pádraic, and straight away they started ordering shots.

“After the first round, one the lads walks out of the toilet and goes, ‘Lads, I just took a piss with Ed Sheeran,’ in pure shock." 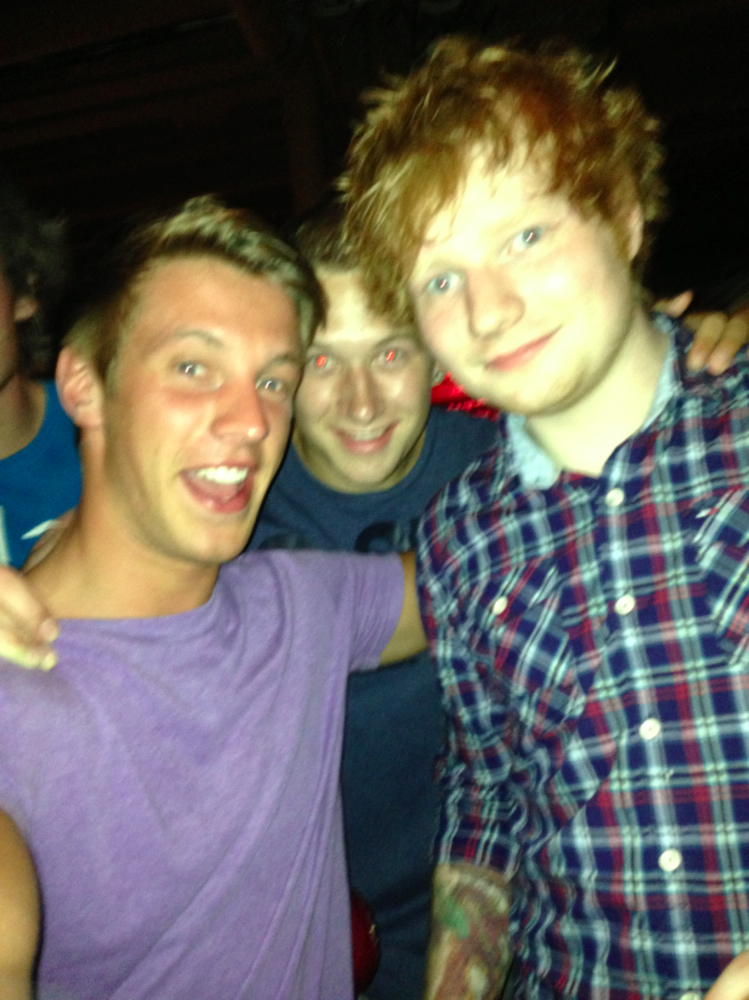 “We didn’t have a clue what he was on about until we looked over at the pool table and Ed Sheeran was there playing pool with a bird and another lad, with literally no one in the bar having a clue who he was,” Pádraic told JOE.

So one of the lads went over to Ed to ask him if he was up for a few shots. “That's when shit started going down,” Pádraic said.

END_OF_DOCUMENT_TOKEN_TO_BE_REPLACED

The lads bought the first round, but Ed, being the sound bloke that he is, went on to pay ‘for a load of rounds’, keeping in mind that there were nine rowdy Irish lads surrounding him, so rounds weren’t cheap.

As the night drew to a close, Ed exchanged email addresses with the lads and told them to get in touch as he could sort them out with some tickets to his and Taylor Swift’s show, which was on July 20th just gone.

END_OF_DOCUMENT_TOKEN_TO_BE_REPLACED

So the lads got in touch with Ed, who sorted out front row tickets to the show in the Lincoln Financial Field.

According to Pádraic, “The concert was unreal, wall to wall full of women so us boys were in our element.”

In case you’re wondering about the signs that the lads are holding (because we certainly were), Pádraic said, “Just to verify we robbed the signs off a bunch of MILF’s at the concert.” 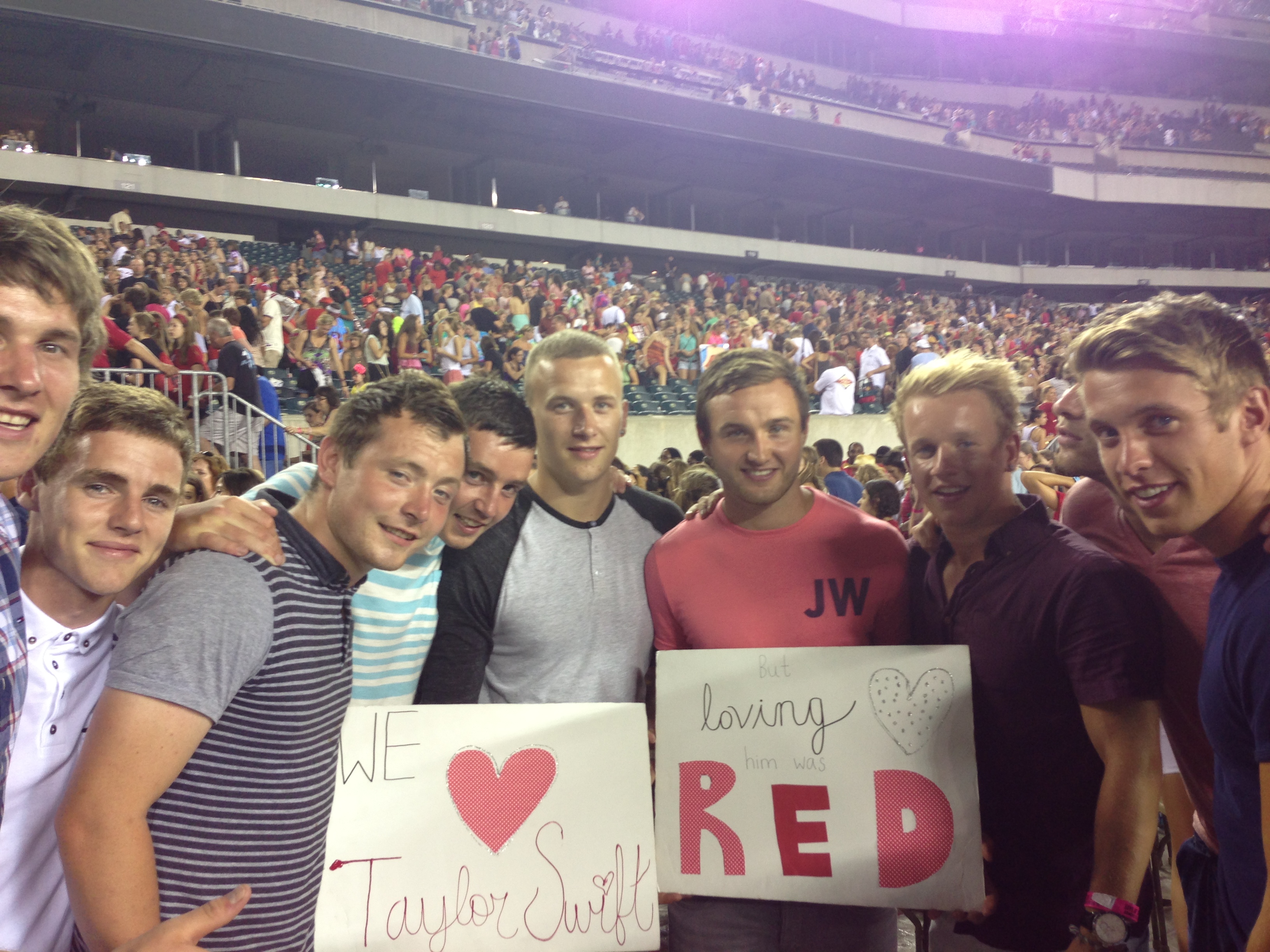 The lads then went on to see if Ed was up for 'round two', “We emailed Ed again during the concert asking him if he was up for an after sesh, but we think purely down to the multiple miss-spellings and drunkenness of the email he shot down the offer saying that because the concert got delayed so much due to the bad weather and the fact he was traveling again in the morning he said he couldn't in the soundest way possible.

“Morale of the story is that Ed Sheeran is a complete hero and down to earth celebrity. It was like drinking with one of our mates we all knew for years.”

It’s certainly a story for the grandkids.

Pádraic and Trevor’s story is JOE’s Eye story of the week, in association with Magnet.

They’re now in with a shot of winning €250 by the end of the month.

popular
Lidl to launch its second 'reverse vending machine' in Ireland next week
Husband of school teacher killed in Texas shooting dies of heart attack
The 2 Johnnies share unbelievable catfish ordeal affecting over 40 people
Acclaimed actor Ray Liotta has died, aged 67
QUIZ: How well do you know these famous flights in movies and shows?
The 50 most iconic songs of all time* have been revealed
Two excellent crime thrillers are among the movies on TV tonight
You may also like
1 week ago
The six Eurovision countries with "irregular voting patterns" have been revealed
1 week ago
Eurovision producers reveal "irregular voting patterns" during Saturday night's final
2 weeks ago
U2 perform in Kyiv metro station following invite from President Zelensky
1 month ago
QUIZ: Can you match the one-hit wonder to the artist?
1 month ago
One of the best music documentaries ever made has just been added to Netflix
2 months ago
WATCH: Last Week Tonight explains why concert tickets have become so expensive
Next Page