Don't worry though, the dancers got him.

Beyonce and Jay-Z somewhat broke the internet when they released a joint album in June of 2018.

Everything is Love came out and everyone bloody loved it.

Since then, the married couple have been touring as 'The Carters' to sold-out crowds. The two are currently in the middle of a US tour, which fans have been absolutely loving.

But that didn't stop Saturday night's show in Atlanta from descending into chaos.

As the concert was coming to an end, a fan climbed up on stage and walked in the direction of the couple.

You can't see exactly what happens after that, but about 20 dancers rush to Beyonce and Jay-Z's assistance, so we assume the fan wasn't looking for a hug.

After the dancers separate them, security dealt with the situation. 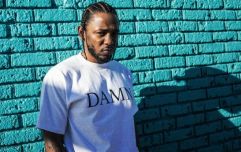 END_OF_DOCUMENT_TOKEN_TO_BE_REPLACED

Have a look for yourself here.

Although it looks like nobody was hurt, you would have to wonder how someone got on to the stage with such ease? Maybe the security guards were too busy singing along...

Luckily the dancers were on their toes. They were on your man like a rash.


popular
Man being treated for suspected case of coronavirus in Belfast
The lineup for this week's Late Late Show has been revealed
QUIZ: Can you guess the pixellated movie posters?
QUIZ: Can you name all these European countries just from their vowels?
Met Éireann says there's a risk of snow for parts of Ireland this weekend
Here are the 5 best movies on TV this evening
Here are Ireland’s favourite takeaways, as per the National Takeaway Awards
You may also like
6 months ago
Want to know what is wrong with the new version of The Lion King? Look no further than Beyoncé
6 months ago
WATCH: Donald Glover discusses filming The Lion King, and singing with Beyoncé
7 months ago
WATCH: Beyoncé and Donald Glover sing 'Can You Feel The Love Tonight' in latest teaser for The Lion King
7 months ago
Woman receives death threats from Beyoncé fans for speaking to Jay-Z
9 months ago
Homecoming was just the first of three Beyoncé projects coming to Netflix
9 months ago
Beyoncé just dropped a new 40 track live album as Netflix documentary is released
Next Page